Fortnite has been in a state of purgatory since Chapter 2 started up, with long-running seasons, content droughts, and many of its biggest creators abandoning it for games like Warzone and Among Us. But, if the leaked black hole event is true, things could change.

The buzz of Chapter 1 has never really returned to Epic Games‘ strange world of silent characters. There has been endless crossovers, no patch notes to show players what they could be missing out on, and generally that feeling of developers being a step ahead of the game is frankly a distant memory.

Think back to the biggest moments in history for Fortnite. This game had everybody talking about the Infinity Blade, and remember the whole streaming space fighting a corner on planes being added. There was genuine hype for each update, and there still is – just to a much, much lesser extent.

Latest leaks from Fortnite Season 5 have included everything from a crossover with The Mandalorian (and three cheers for Baby Yoda), but really it’s the black hole leak we’re crossing our fingers for. In a world of flash of the pans, we’ve seen Fall Guys, Among Us, and there will be another.

But, if Epic Games want to bring back the core audience they built in the first place, things need to change and fast. A black hole leaves many possibilities on the table, and here’s just a few. 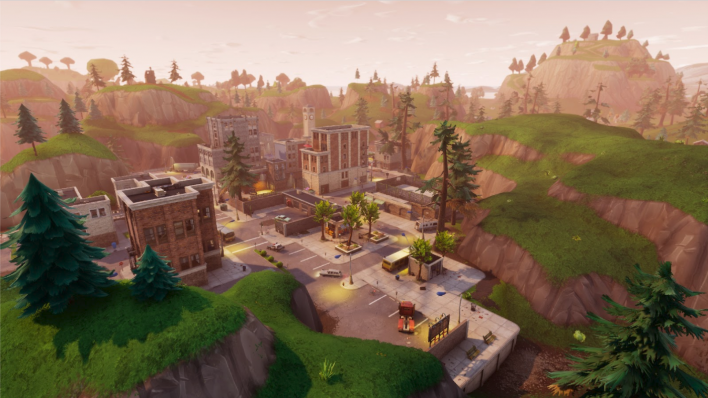 One thing that is for certain is the need for map changes. The Chapter 2 map has been tweaked and moved around, with new POIs coming in, though if we think back to the tremendous expansions and shifts for Chapter 1 – it’s been insignificant.

Remember how the island adapted and completely froze over for Season 7, or even the Season 8 introduction of a volcano. We had robots being built on the tallest parts of the map, and rockets ready to fire us into space. With a black hole comes the opportunity to take us back to those crazy times, or even have a map rotation that occurs periodically – much like Apex Legends – that allows us access to play both Chapters at one time.

This would mix things up and keep gameplay fresh in Fortnite Season 5, rotating between the two and having them both connected.

It’s about time classic weapons came back, but that’s not all.

The crazy and often mindboggling nature of new weapons/items has faded away. Every change used to spark a debate or catch the eye. Lately, it’s been as underwhelming and as irrelevant a game than at any other time in its history. It doesn’t have to be this way, though.

There’s nothing really stopping Epic from going crazy once again though. Whether people liked it or not, that’s what got people playing it in the first place. From one week to the next, you didn’t know if you were playing the same game. It changed so rapidly, and a big part of that was mixing up the loot.

Throw a spanner in the works, an item or ability that makes you first-person while holding it. Bring back rocket launchers and take us back to simpler times. Add guns and items we’ve never seen before, to shake up the meta.

Abandon superheroes in Fortnite Season 5, once and for all

Superhero content appears to be approaching a natural end in Fortnite – at least, we’re hoping so.

Last on our wish list is basically to scrap this superhero obsession. The franchise has moved from crossover to crossover, working with some of the biggest franchises in history to bring their characters to life in-game.

That’s all well and good, but has it really made the game better to play? Sure, you can now choose to jump in as one of the Avengers or Aquaman, but the story doesn’t have to be built around that. The great thing about map developments and gameplay differences in the early seasons was that not one person knew what was happening next. You would be glued to leaker accounts and sniffing around for new details.

Next up on the Fortnite calendar is the Galactus event – we know that for certain.

Prepare for the final battle.

For quite some time now, we’ve known what the Galactus event was going to be all about, and of course, there’s some hype. But it’s all pretty predictable. The heroes will be under siege, pull something out of the bag, and we’ll all escape the world eater by some miracle to kick off Fortnite Season 5.

The first black hole had everybody gripped and you won’t recreate that sense of wonder. Some people thought the game was just ending. This time, if the leaks are to be true, let’s hope the black hole adds never-before-seen map changes.

If it doesn’t happen now, there’s a good chance that when it eventually does happen, hardly anybody will care anymore. This game needs a refresh now.