The Creative mode in Fortnite Battle Royale has produced numerous amazing creations, the latest one of which is the iconic Millennium Falcon from the Star Wars saga.

The Millennium Falcon is undoubtedly the most famous spacecraft in the history of Star Wars, best known for its unique shape and crucially important role in the series’ storyline.

Owned by smuggler Han Solo and his furry first mate Chewbacca, the Falcon is what the the main characters of the Star Wars sequels use to zip around the galaxy.

A quick glance at the creation is all that every Star Wars fan needs to recognize the familiar sights of the Falcon, and it would be hard to imagine anyone doing a better job than this. 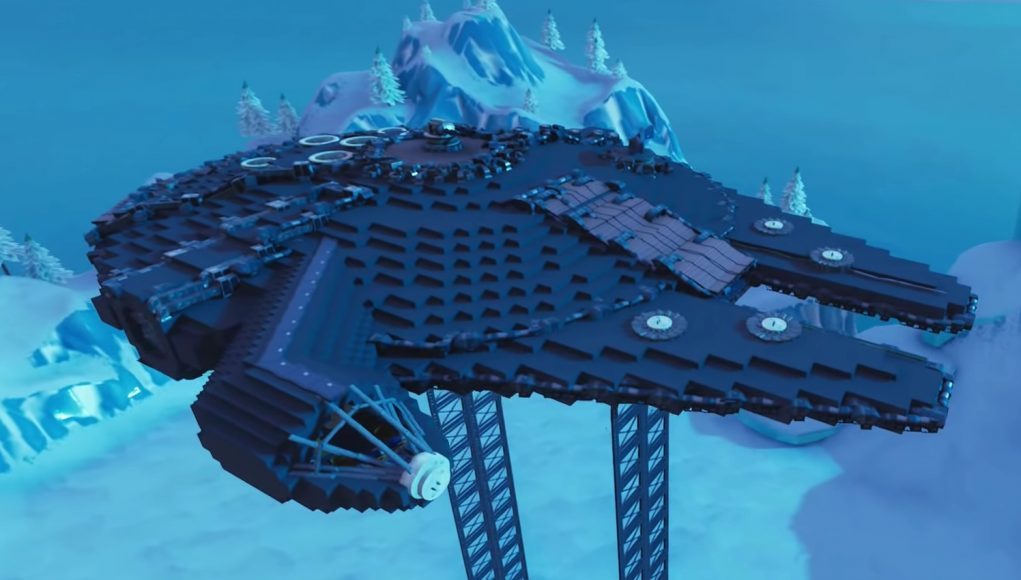 Not only does the exterior of the ship closely resemble the distinctive features of the Falcon, MakaMakes did a wonderful job recreating the interior as well.

A video that the YouTuber published to show of his creation includes a time-lapse of the ship being built, and there is no doubt that it was all the result of a lot of hard work, time, and dedication.

The attention to detail is uncanny, as shown by the careful and correct placement of individual and specific items both in the interior and on the exterior.

While the entire creation is amazing, perhaps the best part is the cockpit of the ship, which is where some of the most historic scenes and moments of the entire Star Wars series took place.

The cockpit is recreated so expertly that any fan of the series would be hit with with a strong twinge of nostalgia when watching the video.

Unfortunately, those who want to experience this Millennium Falcon for themselves cannot do so as of yet, as the YouTuber has not reached the requirements to be eligible to make his creation public via an access code.