Fortnite’s Season 7 launched on December 6 and brought along with it attack planes for players to find and use to wreak havoc across the island battlefield.

The X-4 Stormwing was a part a hefty haul of the new season’s offerings, and being the first airborne vehicle in the game, players are going to be gunning to be the first ones in.

So far the X-4 Stormwing has been a treasure trove of insane plays never seen in Fortnite and here are the spawn locations uncovered as of December 6. 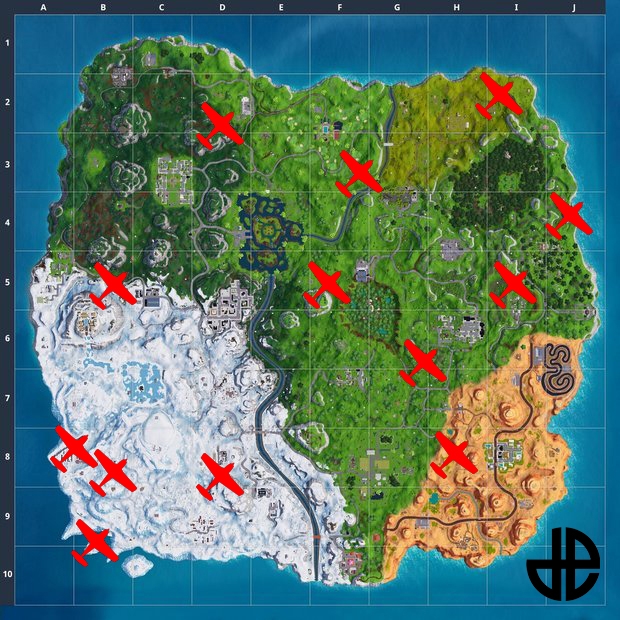 These locations can house one to three planes and provide instant dogfight action the moment the engines fire on.

If a player happens to be on the receiving end of a barrage of bullets, the plane can be easily be abandoned and the player can parachute to the ground or sneak onto the wing of an unsuspecting pilot.

Dogfights are going to be EPIC this season! from r/FortNiteBR

The plane holds five empty spots to fill, room for a pilot and four passengers, and has a mounted machine gun that can overheat. The aircraft is pretty mobile as it can barrel roll, boost and hard brake to make dogfights even more hectic.

It’s no surprise the engines for the new planes are loud, so players are better off not sticking around the spawn points once they nab a craft.

Epic Games could add or change spawn locations for the plane, but this is the current list, which means these locations will have a significant player base racing to drop there.