The weekly cheat sheet map with locations for the Week 6, Season 7 Fortnite Battle Royale challenges has been released by squatingdog.

The Week 6 challenges were released by Epic Games on January 10 and, while most of them are fairly straightforward, some of them are proving to be more difficult than they appeared at first glance.

Easily the most enjoyable challenges for the week come in the form of the ‘Search Chilly Gnomes’ hunt and the ‘Slide an Ice Puck over 150m in a single throw’ task.

We’ve posted detailed guides on how to complete both of those challenges but, if you’re feeling confident and simply want an all-in-one tool to work with, squatingdog has released one of his excellent cheat sheets: 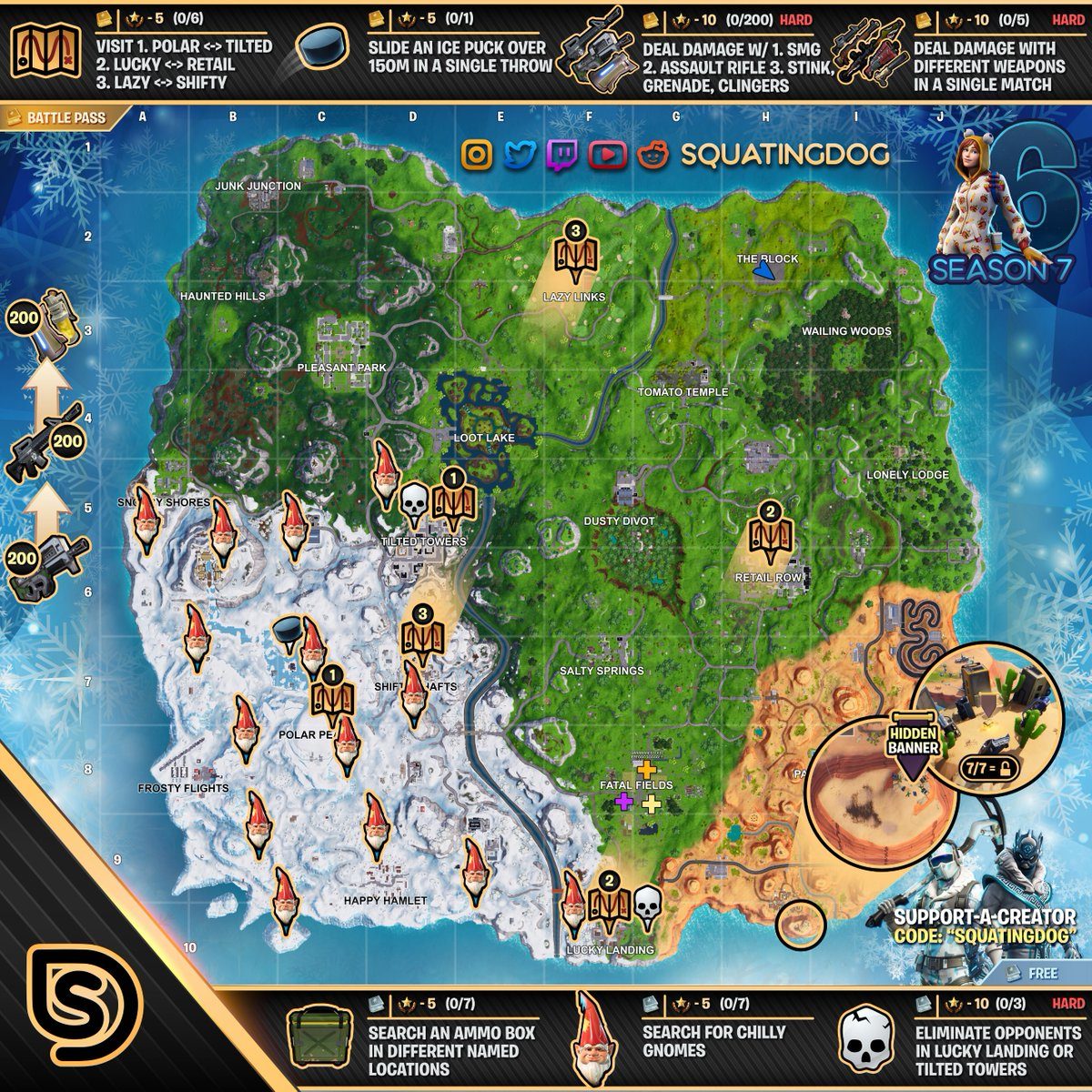 Once again, this week features three challenges that are free for anyone to complete and four that are Battle Pass exclusive tasks.

For more detailed information on how to complete some of the more difficult challenges, check out some of our in-depth guides here:

Remember to complete any game that you are playing in by being killed or getting the victory royale. Leaving a game beforehand could result in you losing your challenge progression!

If you haven’t seen all of the challenges for Week 6 of Season 7 yet, they are as follows: