Epic Games’ $8 million Fortnite ‘Summer Skirmish’ is an eight week long series of competitions, with each week featuring a different set of participants and game format.

With the Week 5 of the competition already complete, Epic has released a report recapping the first four weeks of action.

There are several statistics from the Weeks 1-4 that are mentioned in this midway recap that are noteworthy.

First of all, the two longest range eliminations were done by Team SoloMid content creator ‘HighDistortion’ and ‘InTheLittleWood’ respectively.

– The longest range elimination was scored by HighDistortion, with a 267m knockout of MoNsTcR with a Scoped Assault Rifle.

– The longest range sniper elimination was scored by InTheLittleWood on Danzhizzle, with a 247m hunting rifle shot. 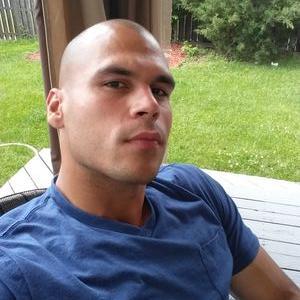 In terms of total eliminations, the highlight of the first half of Summer Skirmish was in Week 3, with three pairs of teammates “dominating the field” with 24 eliminations.

In Week 3, three pairings were able to dominate the field, topping the group with 24 eliminations

Another statistic of note was the disparity between the elimination leaders from each of the regions during the Week 4 tournament.

The NA leader, ‘NotVivid,’ had 10 less eliminations than ‘VP Jamside,’ who paced the EU group that week.

Week 4 saw a sizable gap between the elimination leaders from each region. Day One was very tightly packed at the top.

On Friday NotVivid was able to edge out the pack with 16 eliminations.

On Saturday, VP Jamside went off, wracking up an impressive 26 eliminations across the 9 games, averaging just short of 3 eliminations per match.

The reason why these statistics are highlighted in this midway report is because Epic wanted to properly shout out some of the Summer Skirmish participants, since certain in-game numbers can be hard to achieve and/or maintain with lobbies full of great players.

A general note about statistics… it’s really difficult to pull off consistent great placements or high elimination games with a lobby full of some of Fortnite’s best players. We wanted to properly salute the talented players that have participated each week.

The entirety of the ‘Summer Skirmish Midway Recap’ can be viewed on the Epic Games website here.

When is Metroid Prime 4 coming out? Release date, trailer & everything we know