Epic Games has announced that the Fortnite: Battle Royale Beta has been made available to more Android devices.

On August 13, the developer revealed that the ‘first wave’ of emails have started to be sent to those who have already signed up for the Beta on Android devices.

The announcement came via Twitter and will be the first opportunity for non-Samsung Android users to play Fortnite on their mobile device. 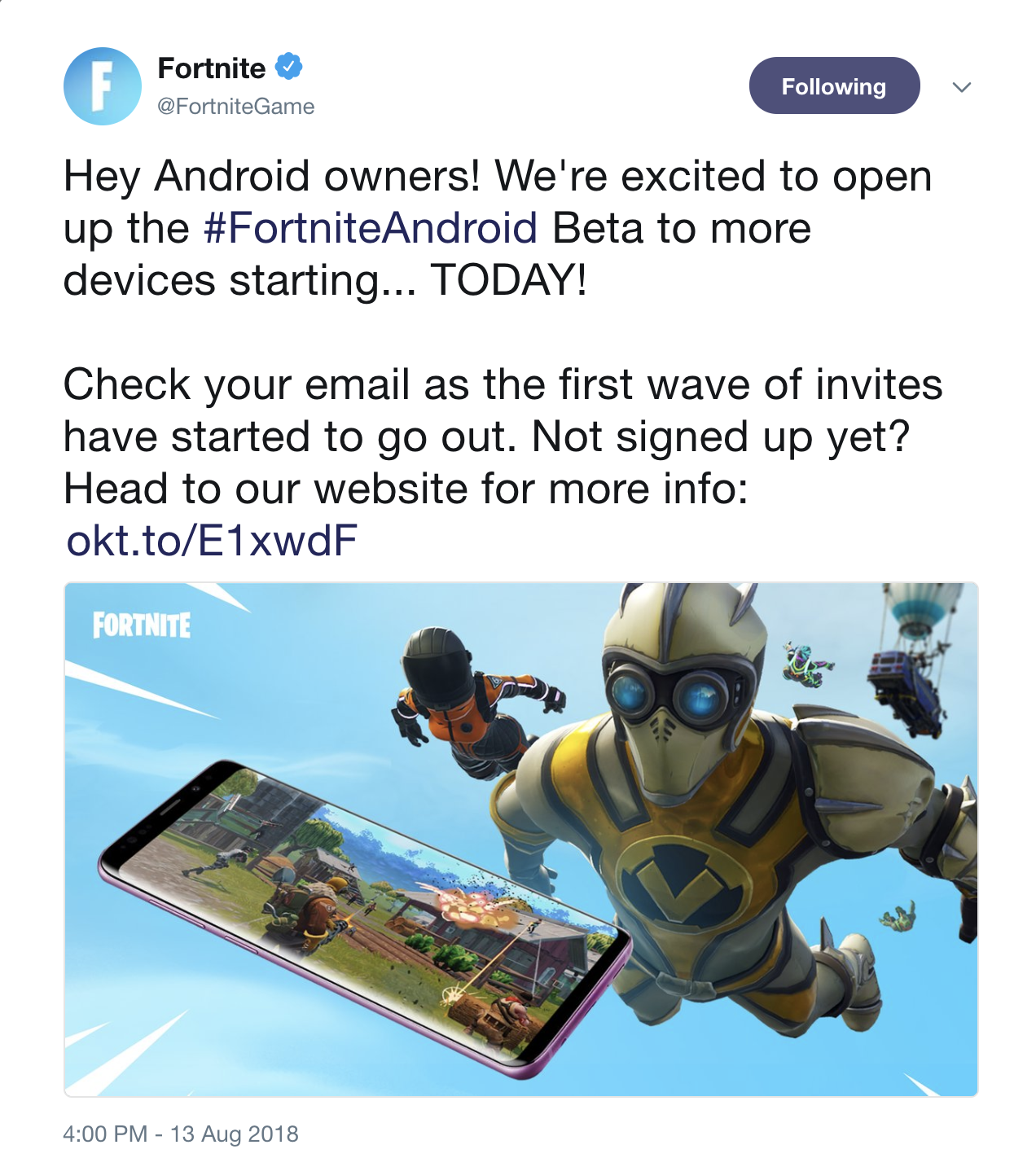 A deal between Samsung and Epic Games previously only allowed a small selection of Samsung device users to experience the Fortnite Beta, however, more players will now have the chance to play.

It should be noted that the Beta is still only available to those on a select number of Android devices that have already signed up on the Epic Games website, with the developer sending more invites as time goes on.

More information on the Fortnite: Battle Royale Android Beta including compatible devices, how to sign up, and more can be found right here.