The pre-lobby Message of the Day screen in Fortnite for November 2 now includes the new weapon, which is listed as coming soon.

Featured below the image of the Heavy AR is its description, which reads: “Powerful Assault Rifle that is more useful when fired in short bursts.”

Aesthetically, the Heavy AR looks very similar to the traditional look of the iconic AK-47 rifle, and the description suggests that the heavy power and recoil of this new weapon will be similar to that of the AK.

While no further details about the new weapon have been revealed, the gold background color of the announcement image could mean that one of the variations the weapon will come in Legendary rarity. 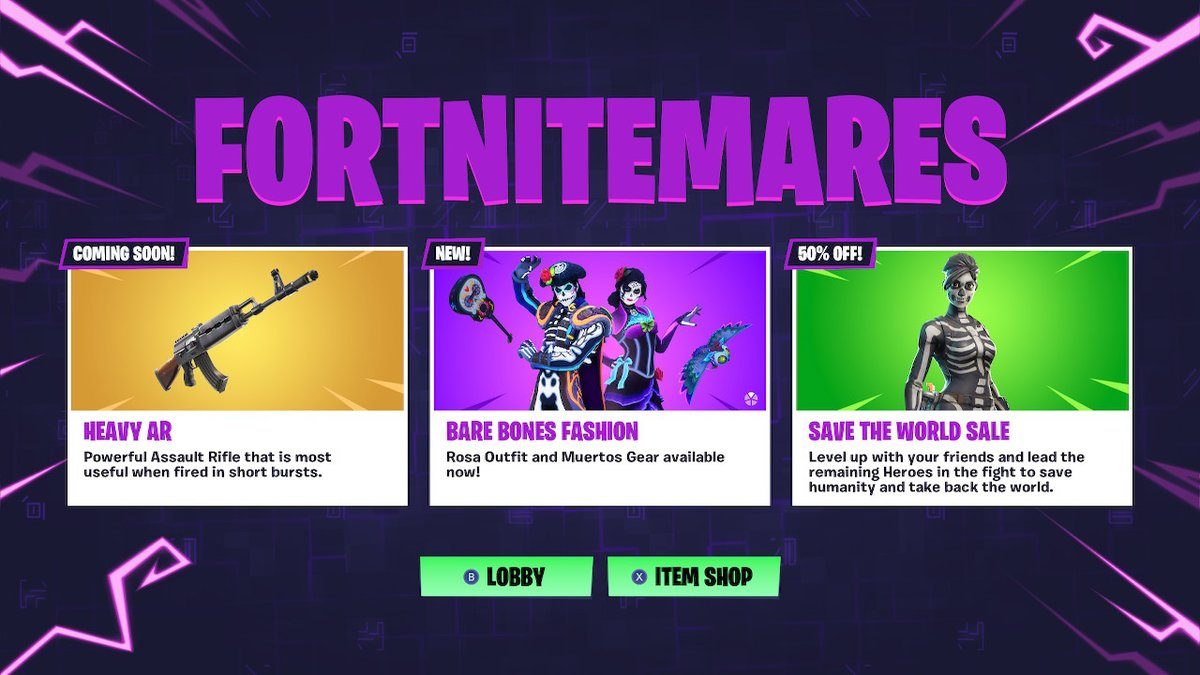 Since the weapon is marked as coming soon, it’s not exactly clear when it will be added to Fortnite, which could be during the next major update likely to go live sometime between November 6-7.

Once added, the Heavy AR will become the eight AR that actively available in Fortnite (not counting those in Playground mode), joining the two Burst types, M4, SCAR, Suppressed, Scoped, and Thermal Scope.

It will also be the third main weapon added since the start of Season 6, joining the Quad Launcher and Six Shooter, which was added as part of the currently ongoing Fortnitemares event.

Stay tuned to our Twitter @Dexerto and the Dexerto Fortnite page for any new information revealed about this new Heavy AR coming soon to Fortnite.