As has been the case with the weekly updates in Fortnite, the recent v6.30 patch has introduced some changes to the map.

Several areas of the map, most notably Tilted Towers, Pleasant Park, and Wailing Woods, have all seen changes to certain parts.

This week’s changes are neither as numerous or vast as last week’s v6.22 update, which implemented significant aesthetic modifications to several prominent locations on the map, as well as took down all of the Halloween decorations that were there for the Fortnitemares event.

These weekly changes are part of an overall effort on the part of Epic Games to keep the gaming experience fresh and fun, and it ensures that players can’t get tired of playing on the same old map week after week. 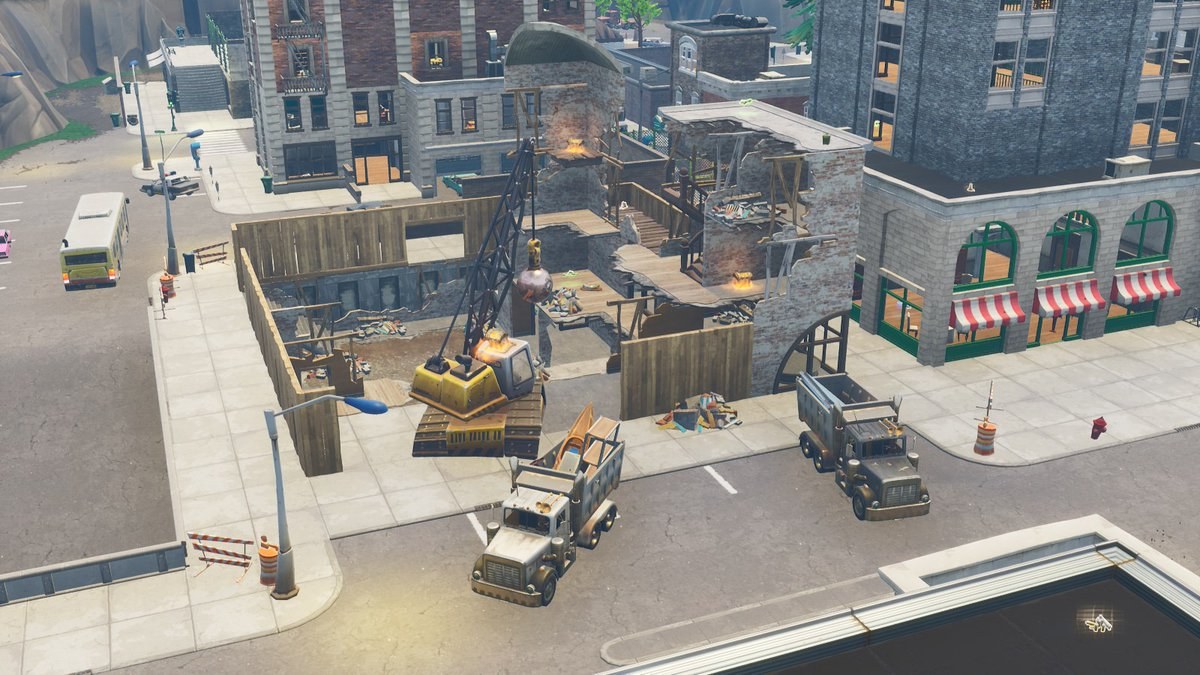 The central building in Tilted Towers that was destroyed by Kevin the Cube towards the end of the previous season is now in the process of being reconstructed.

This is not the first time this building has been destroyed and reconstructed; the meteor that crashed into the map in Season 4 heavily damaged this structure, which led to a long renovation that went several weeks into the Season. 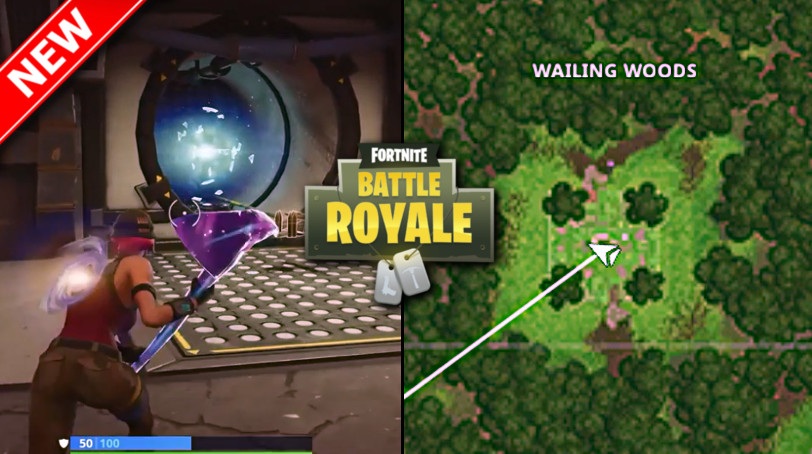 The expansive basement bunker that is located under Wailing Woods now includes two-way portals at each of the four large pipes that protrude from the walls.

A video showing these new portals in action can be seen HERE. 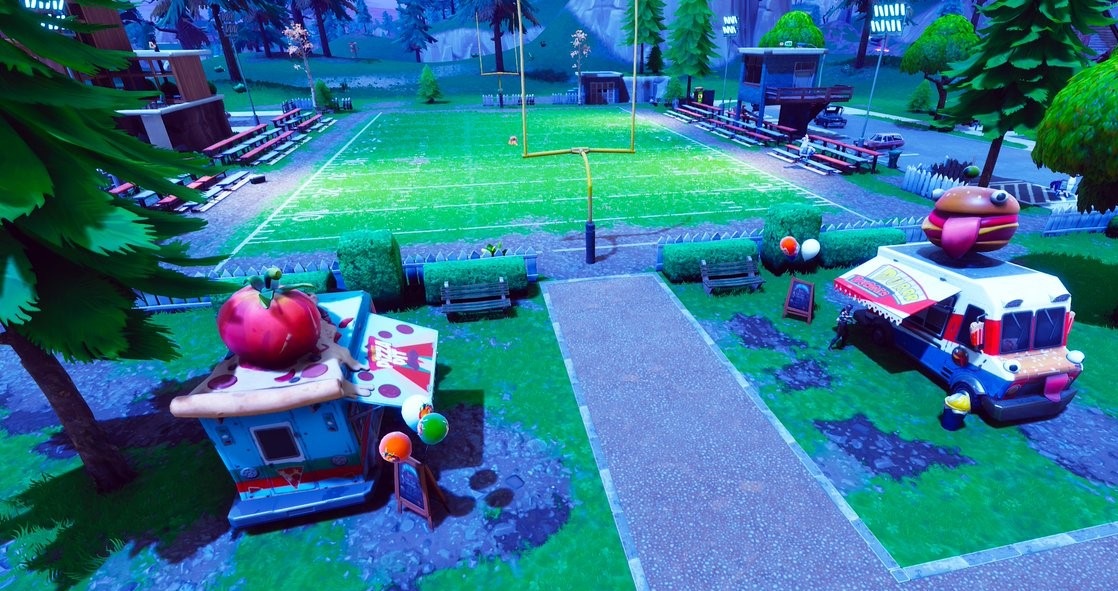 There is a strong rivalry between the Beef Boss and Tomatohead characters in Fortnite, as well as their respective food businesses Durrr Burger and Pizza Pit.

Food trucks representing the two restaurants have been moved to behind the football field in Pleasant Park, and sit across each other in close proximity. The storyline continues!