A new Limited Time Mode dreamed up by a creative Fortnite fan would see the game take on an amazing Wild West theme.

The mode, created by Reddit user Dsg253, would see items such as launchers and Rift-To-Gos removed, and the ATK’s would also be disabled.

Weapons would also be restricted, with crossbows, revolvers and hunting rifles allowed, alongside the Maverick Shotgun, which would be introduced from Fortnite’s Save The World game to replace the double barrel shotgun, to give the mode an old-time feel.

The way that the storm and building works would also be changed, with circles closing slightly slower than in normal modes to make up for the removal of vehicles and travel items.

Unfortunately for players, medkits would be removed in this game, so anyone who found themselves trapped in the storm would be forced to use bandages as their only healing option.

Gathering materials would be nerfed, meaning gamers would need to be more careful with the materials they acquire, and be more strategic with their building. 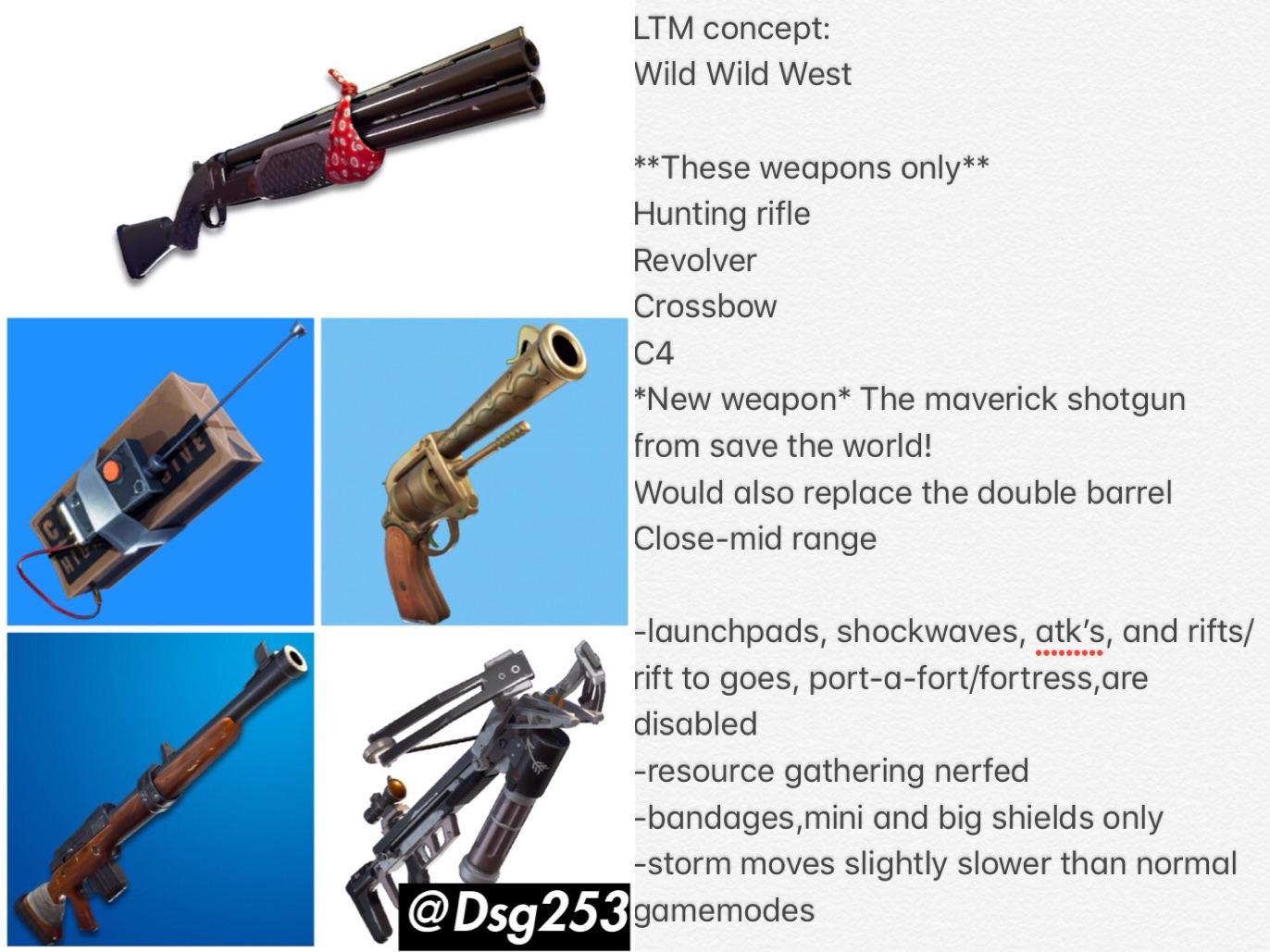 Sadly, this is just a clever idea by a fan of the game, and there are currently no plans for Epic Games to add this new mode into Fortnite.