EA Sports have released a brand new FIFA 20 Ultimate Team squad building challenge, this time focusing on AC Milan forward Rafael Leão and his debut goal versus Fiorentina in the 2019/20 Serie A.

While the Serie A has still not returned from its hiatus, all indications point to a comeback in June. Until then, players can relive Rafael Leão’s incredible debut goal versus Fiorentina scored back in September.

Despite Milan losing the game 1-3, the young Portuguese forward’s consolation was something spectacular, beating three players before calmly slotting into the bottom corner.

The incredible goal is matched in Leão’s incredible statistics, seeing him receive an upgrade of 15 overall. Similar boosts are present in nearly every individual stat, most notably in his attacking ratings.

87 pace is upgraded to 96, while his shooting has flown up by 145, from 72 to an astonishing 87. It’s fair to say that the boosted Portuguese wonder-kid is now one of Serie A’s best striker options. A full look at his in-game stats is available below. 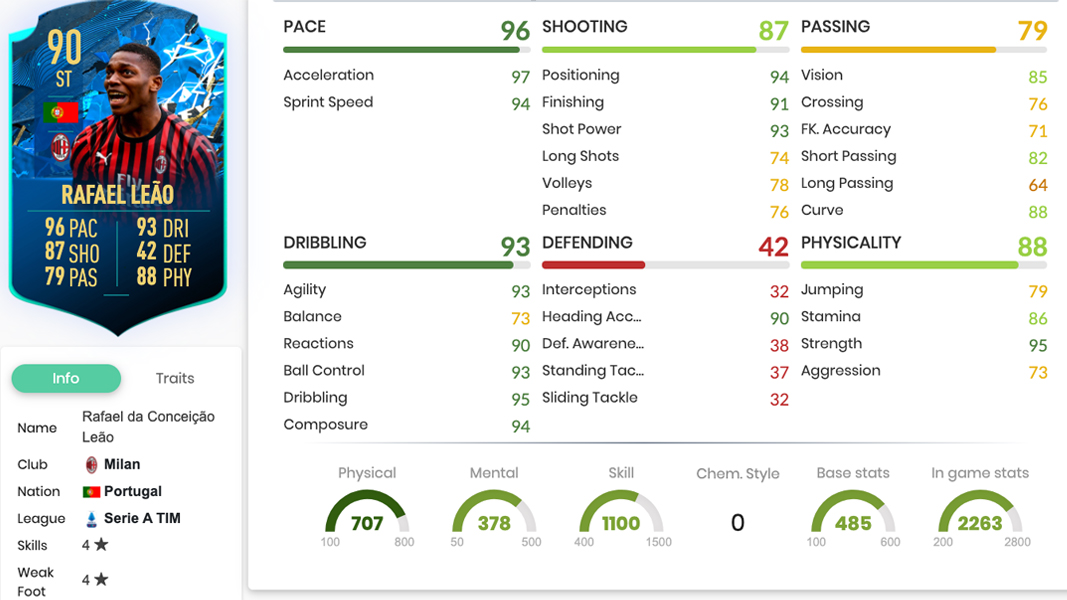 While his statistics certainly suggest he’s a top-tier option, how does the cost of the squad building challenge stack up to Serie A’s other options?

Leão is fairly simple to unlock, only requiring two squads to do so. The first is an AC Milan squad that has to meet the following requirements:

At the time of writing, this squad will set players back around 50,000 coins. Thanks to the people over at FUTBIN, we’ve put together one of the cheapest options that doesn’t need loyalty. 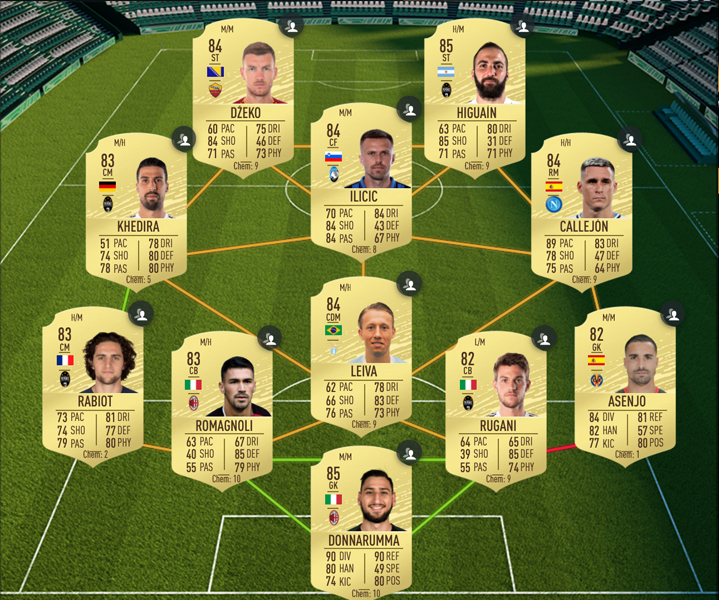 The second squad will set you back considerably more, at 75,000-85,000 coins depending on platform. It is a Portuguese squad that has to meet the following requirements: 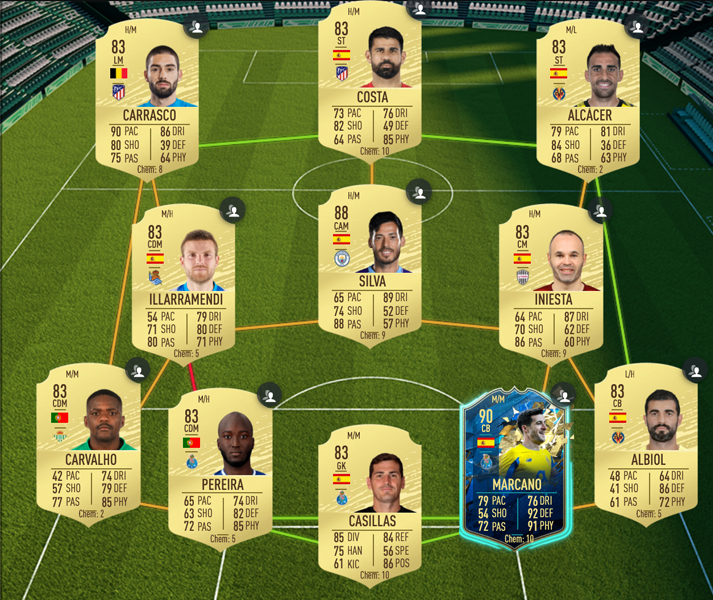 The two squads put the total cost of Rafael Leão at 125,000-140,000 coins. While a fair amount of coins, it’s worth remembering just how highly rated Leão’s TOTSSF Moments card is.

The Leão SBC is certainly far more affordable than some of the other Serie A options. TOTSSF Immobile, for example, will set players back around 300,000 coins. Lautaro Martinez TOTSSF costs anywhere between 1.3 and 1.5 million coins.

His Portuguese nationality also makes him viable in a host of hybrid squads, alongside other players like Cristiano Ronaldo or some PL players, like Wolves’ Diogo Jota. It’s ultimately up to you, but Leão appears to be a top tier forward available at a mid-tier price.