The fourth FUT Team of the Week squad of FIFA 20 Ultimate Team has officially been revealed. This week’s new in-form players will be live in packs from 6pm (UK time), October 9, until 6pm UK, October 16, 2019. See this latest set of FIFA 20 TOTW 4 cards below.

If you have been storing packs specifically for the release of this FIFA Team of the Week squad, we suggest opening them shortly after these new IF cards enter the game. FUT TOTW items are generally at their highest value as they enter packs, meaning that the longer you wait, the more likely they are to drop in price.

With the above said, there are instances where some higher-rated players can actually increase in value over time, but a lot of this comes down to whether or not they receive another special item in future weeks. As a result, the general rule for maximising coins is to sell. Check out this latest FIFA 20 TOTW 4 squad directly below. 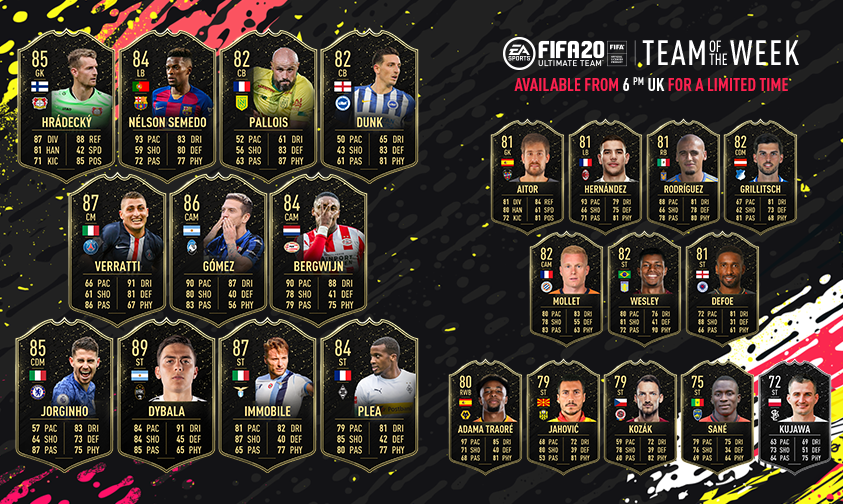 Do you agree with EA SPORTS’ latest choice of FUT Team of the Week special items? Are there any FIFA 20 TOTW 4 cards that you feel should have been replaced by other players? We welcome you to get in touch and let us know all your opinions and thoughts via Twitter.