This year’s FIFA 19 La Liga TOTS squad has been revealed. FUT 19 La Liga Team of the Season cards will be available in Ultimate Team packs until 6pm (UK time), June 7, 2019. The following players have been chosen by the EA SPORTS FIFA team as the best performers in the Spanish LaLiga League throughout the 2018/19 football season.

Continuing on from last week’s FIFA 19 Bundesliga TOTS, this is the third top European league to be awarded Team of the Season cards in FIFA 19 Ultimate Team. The remaining top leagues are set to be revealed from Friday, June 7, 2019, along with smaller leagues and any other regional FIFA 19 TOTS Squads.

During the time this FIFA 19 La Liga TOTS squad is available in FUT packs, more LaLiga Team of the Season cards will become available via SBCs (Squad Building Challenges) and Weekly Objectives. Players released through SBCs and Objectives will be untradeable, meaning that they cannot be sold on the transfer market.

The following players are set to enter player picks in the next release of FUT Champions Weekend League Rewards. 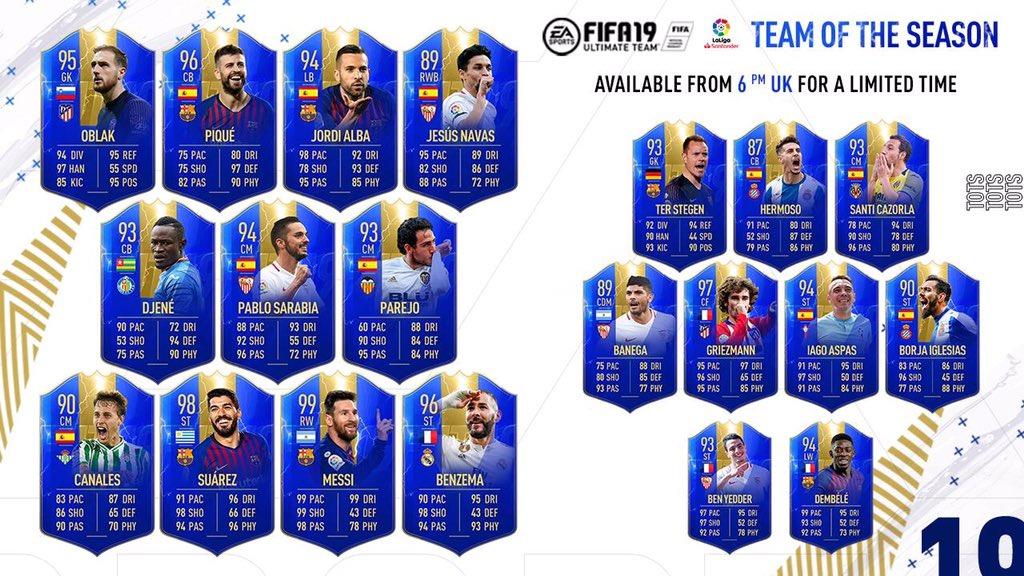 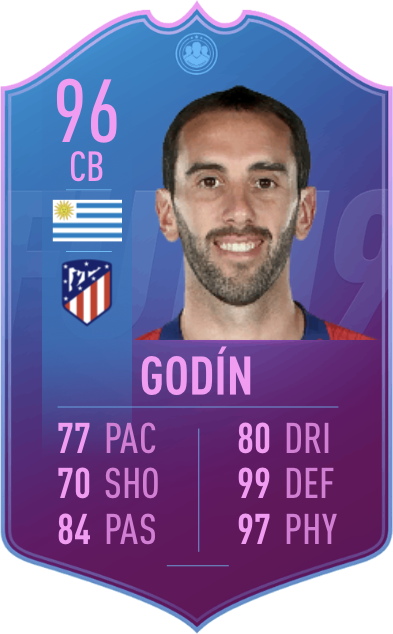 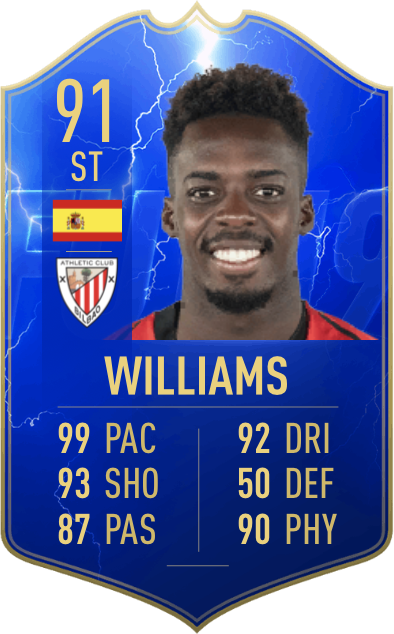 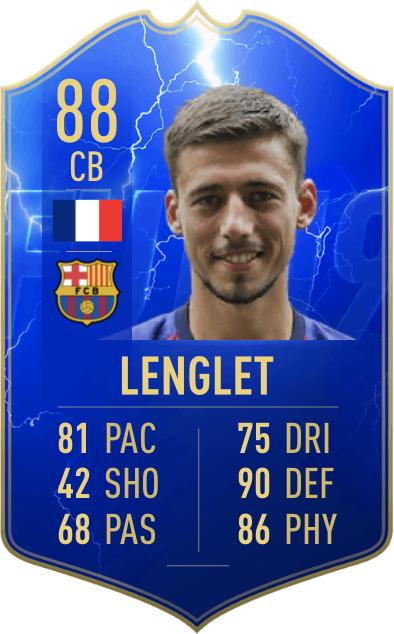 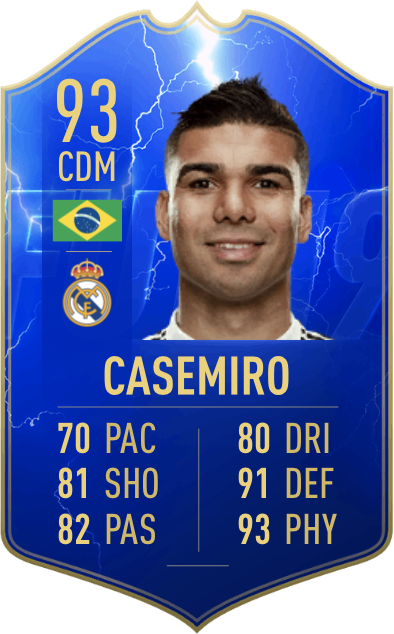 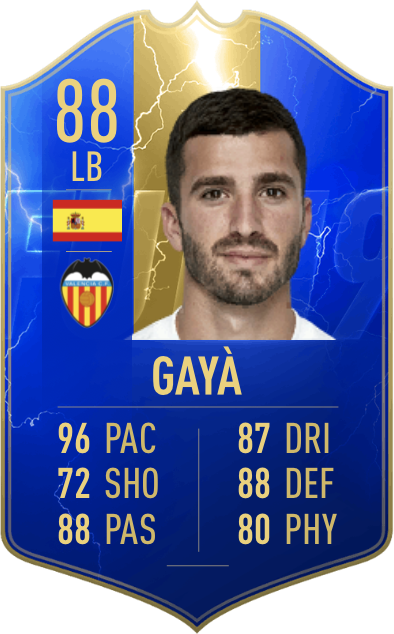 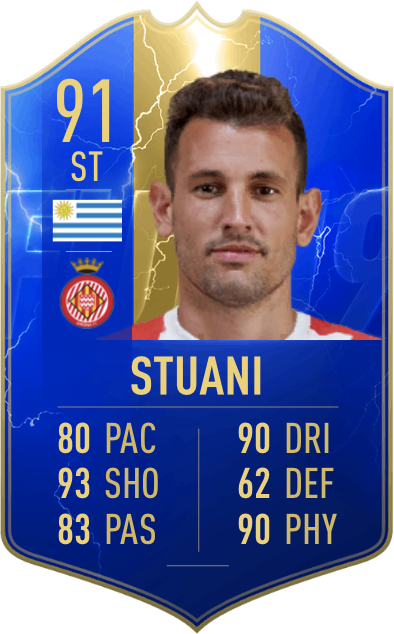 Are you happy with this year’s FIFA 19 La Liga TOTS squad? Are you planning on including any of these FUT 19 LaLiga Team of the Season cards in your own Ultimate Team squads? Get in touch with us via Twitter and let us know your thoughts.