Bethesda’s poor response to an unhappy fan who complained about the duffel bag they received with the special collector’s edition of Fallout 76 inspired one Fallout modder to create the bag in Fallout New Vegas.

New Vegas came out in 2010, but it still has a large number of players and modders messing around in the game’s engine.

With the recent disappointment following the release of Fallout 76, many players looked to New Vegas as an example of the kind of Fallout game they want Fallout 76 to be like.

One modder, not satisfied with Bethesda’s peace offering of 500 Atoms of in-game Fallout 76 currency for unsatisfied customers, decided to take matters into their own hands and create the item in New Vegas.

The mod, which is currently available for download, is “Brought to you in association with the Bait ‘n Switch Marketing Company,” according to the modders tongue-in-cheeck description. 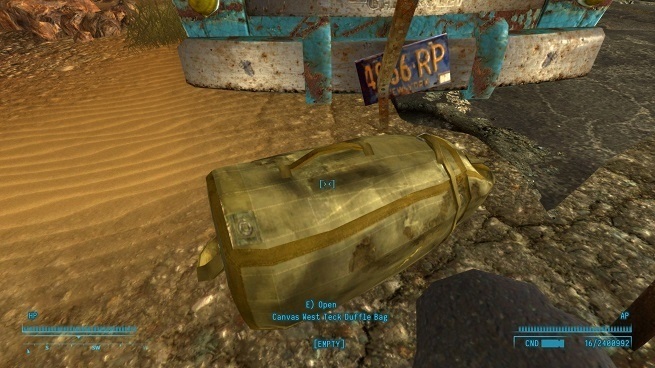 The modder even included a disclaimer in the mod’s description that anyone who downloads the mod agrees to “not try and get a refund or do anything else annoying.”

Bethesda would probably like to forget the last week ever happened PR-wise, but one thing’s for sure: fans aren’t forgetting any time soon.