One player has been confirmed deceased and another is missing after three competitors traveled home from a Dota 2 tournament in the Philippines.

Documentary photographer Ezra Acayan posted a series of tweets detailing the death of 18-year-old Joshua Laxamana, a prominent Dota 2 player in the region. Laxamana, known by his tag ‘imadotes,’ was killed on his way home from a tournament with two other friends.

One of these friends, 15-year-old Julius Sebastian, has been reported missing. The two, accompanied by an unnamed friend, left for the Dota 2 tournament on August 14. They made the trek from their hometown of Tarlac City to the venue in Baguio City – a 140 kilometer journey. 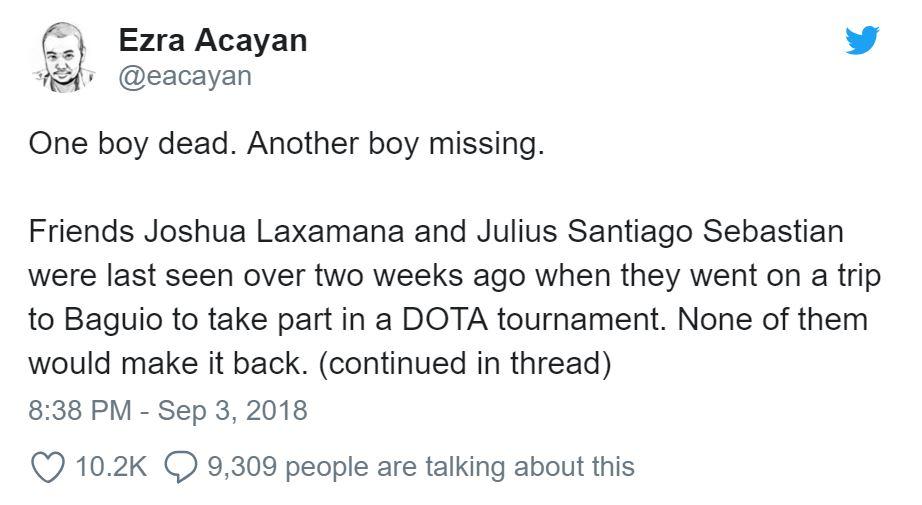 It was during their return that disaster struck. According to a report on GMA News Online, Laxamana ignored a police checkpoint and even fired upon officers in Barangay Poblacion, Balungao. He was killed on the Tarlac–Pangasinan–La Union Expressway.

Laxamana and Sebastian had decided to push ahead to get home after the event, while the party’s third friend elected to stay behind and rest. Upon returning to Tarlac City, the friend learned that his companions hadn’t made it back ahead of him.

Police have since stated that Laxmana was a member of the Akyat Bahay gang, holding that he fought against officers at the Barangay checkpoint. They likewise accused him of taking part in four other “akyat-bahay” robberies.

According to Acayan’s Twitter thread, police have painted a picture of Laxamana as a “notorious burglar,” in possession of a motorbike and a .45 caliber pistol. 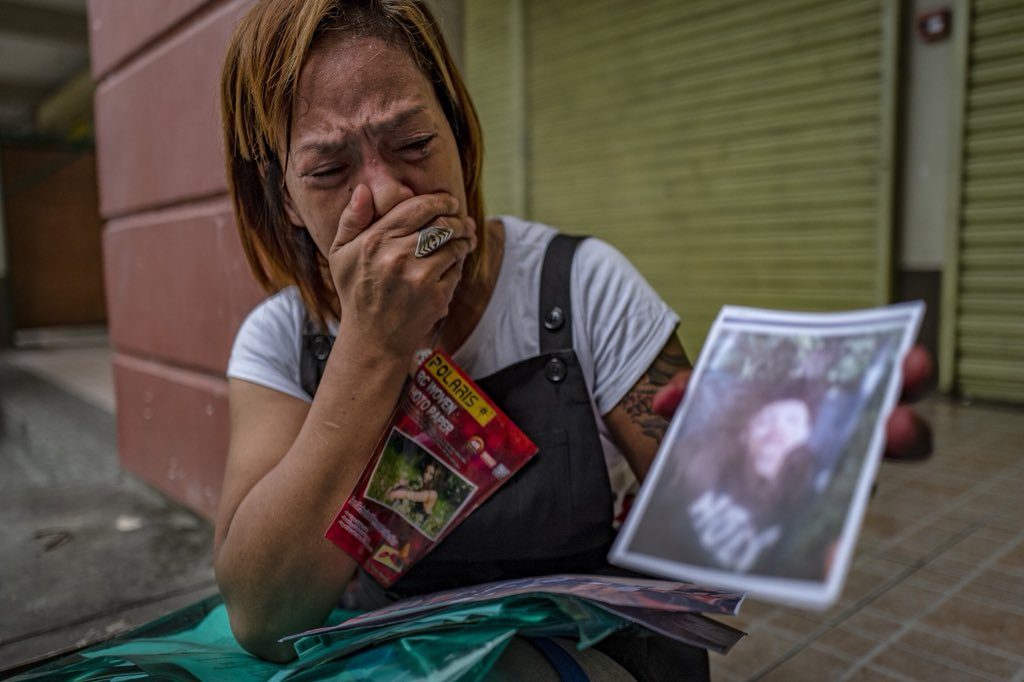 Laxamana’s friends and family strongly refute these claims. His mother, along with religious group ‘Rise Up for Life and Rights,’ maintain that Laxamana couldn’t drive a motorbike, and that his family didn’t even own one.