YouTuber and cystic fibrosis activist Claire Wineland has died from a stroke following a lung transplant operation, at age 21. She had spent years spreading awareness and reducing stigma about the genetic disorder.

Diagnosed with cystic fibrosis at birth, Wineland harnessed the power of the internet to spread her message, sharing details of her treatments and day-to-day living, as she lived a full life in spite of the condition.

A Californian, she rose to popularity through YouTube and Instagram especially. At her two popular TEDx Talks, the first in 2011 when she was aged only 14, and another in 2017, Wineland spoke eloquently and powerfully about living with CF, the importance of self-worth and the stigma of illness.

“We view [sickness] as a curse because we don’t understand it. We view it as a curse from the gods, because we haven’t come to appreciate our own human suffering. But if we go through life and try to make something of ourselves, maybe one day we can realize it’s actually a gift.”

The ‘Claire’s Place Foundation’, started by Wineland, confirmed her passing on September 3, saying she went peacefully and surrounded by family.

They also confirmed that her organs have been made available for transplant.

In Claire fashion, she is an organ donor. Claire’s remarkable family were so happy for the other families that were now getting the calls that the organ they had long been waiting for was now available for transplant. They had been on the receiving end of that call just one short week ago.

We know Claire was loved all over the world. Your prayers, support and encouraging words, have been a huge source of strength for her and her family. Thank you from the bottom of our hearts for your massive amazing out pouring of love.” 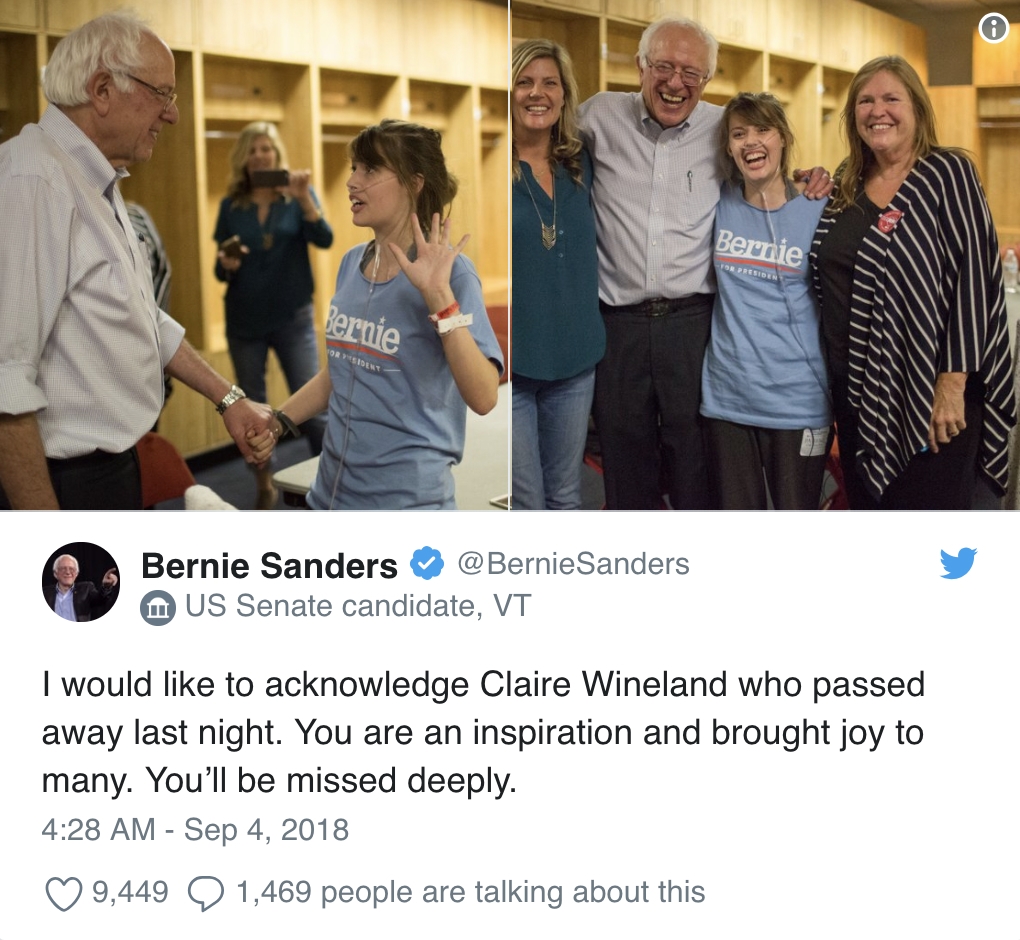 Her mother, Melissa Yeager, has told CNN that Wineland’s right kidney has been transplanted to a 44 year old woman in San Diego, and her left kidney to a 55 year old man in California.

According to Wineland herself, she spent over 25% of her life hospitalized, but it didn’t hamper her zest for life and spreading awareness about her own, and all, illnesses.

Her YouTube channel gained over 250,000 subscribers, and although she had to leave the platform in 2017 due to her illness, she maintained her following and campaigning on Twitter and Instagram.

In addition to activism about cystic fibrosis specifically, she also hoped to reduce the societal stigma’s around disability and attractiveness.

According to the US Cystic Fibrosis Foundation, more than 70,000 people suffer from the condition worldwide. It is a genetic condition, with no known cure.