A professional Clash Royale player was caught cheating at the Red Bull MEO World Finals 2019 in Germany, accused of communicating with his manager by using earbuds during a playoff match.

French player Gregory ‘GregEmpire77’ Haloin was disqualified from the tournament, after Admins were alerted to possible cheating, and Haloin confessed to the accusation.

The Red Bull MEO World Finals in Germany, were the culmination of weeks of qualifiers, with 36 countries represented, competing in three mobile games – Clash Royale, Arena of Valor and Brawl Stars. 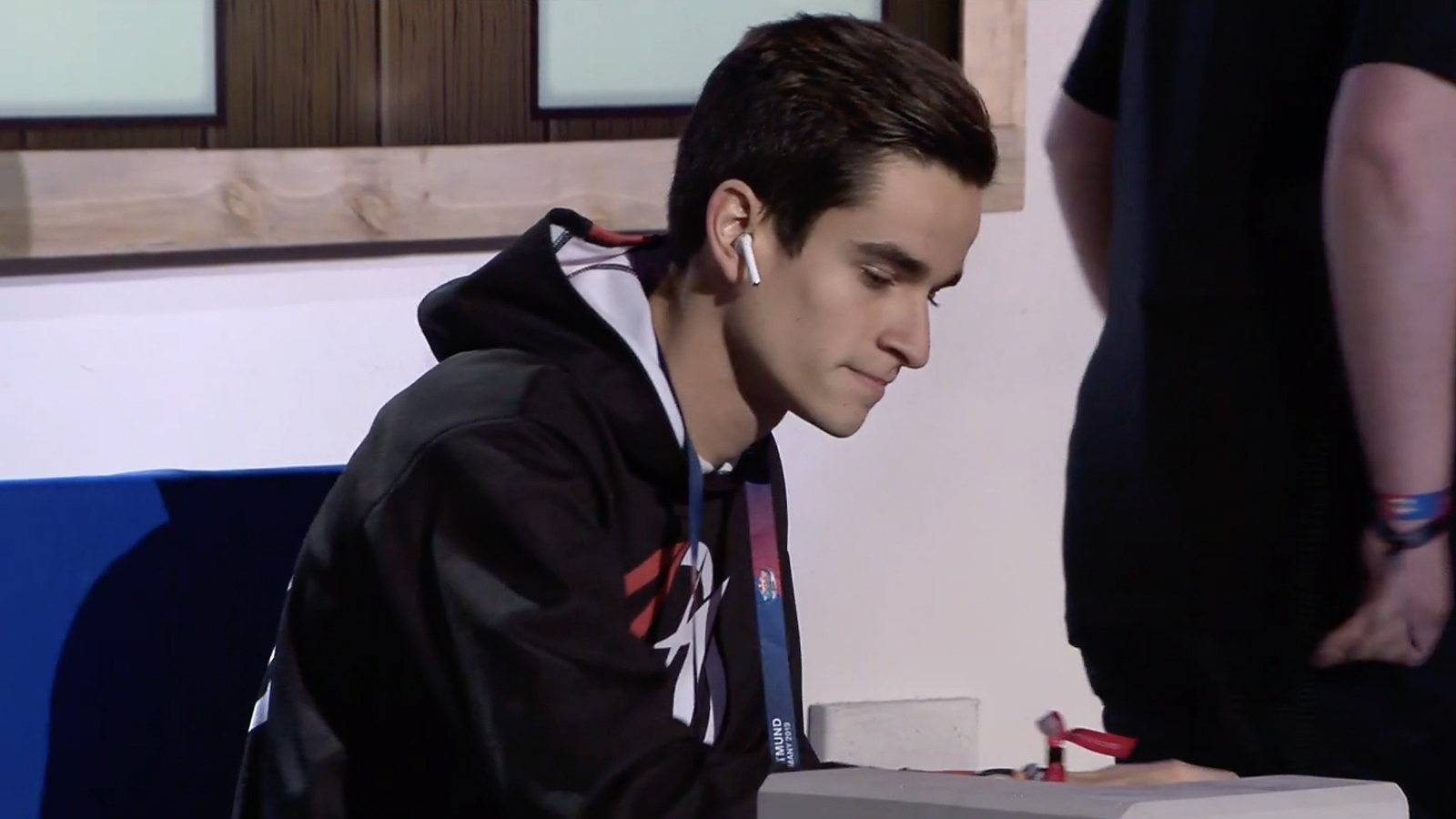 GregEmpire77 had Apple AirPods under his headset.

GregEmpire77 was the representative for France, playing for French mobile esports organization, Team 404.

In a playoff match vs German player Schwarzen, which GregEmpire77 lost 3-1, his manager apparently called him, and spoke for only two minutes, according to the player. In a statement to Dexerto, Haloin explains:

“My manager wanted to call me when I was playing so I answered, but it was difficult to play with him so I decided to stop. We were only in the call for 2 minutes and I lost the match. At the beginning he told me it was allowed and I trusted him.”

ESL posted a statement on Twitter, claiming that GregEmpire77 “gained insights into his opponent’s plays”.

The player communicated with a person in front of the stage and gained insights to his opponents plays.

In Clash Royale, if a player is able to receive information about their opponents elixir and card cycles, it is a major advantage.

It cannot be proven GregEmpire77 was receiving this kind of information of course, but suspicions were raised, prompting organizers ESL to disqualify the player.

We will keep this story updated as more information about the incident becomes available.