Jaryd ‘Summit1g‘ Lazar was the victim of unfortunate timing when he discussed the lack of campers in Escape From Tarkov, only to find himself under seige from the exact type of player he was just discussing.

Escape From Tarkov has become a major success on Twitch, seeing massive growth since December 2019 on the platform as streamers like Dr Disrespect, Felix ‘xQc’ Lengyel and Summit1g hop onto the game, months after Michael ‘shroud’ Grzesiek first started grinding the tactical first-person shooter.

What sets Escape From Tarkov apart from other multiplayer FPS titles is how the game works, with players tasked with scavenging loot from an open play area, and then returning to their base before they get killed by an enemy desperate to steal all the precious weapons, items, and more. 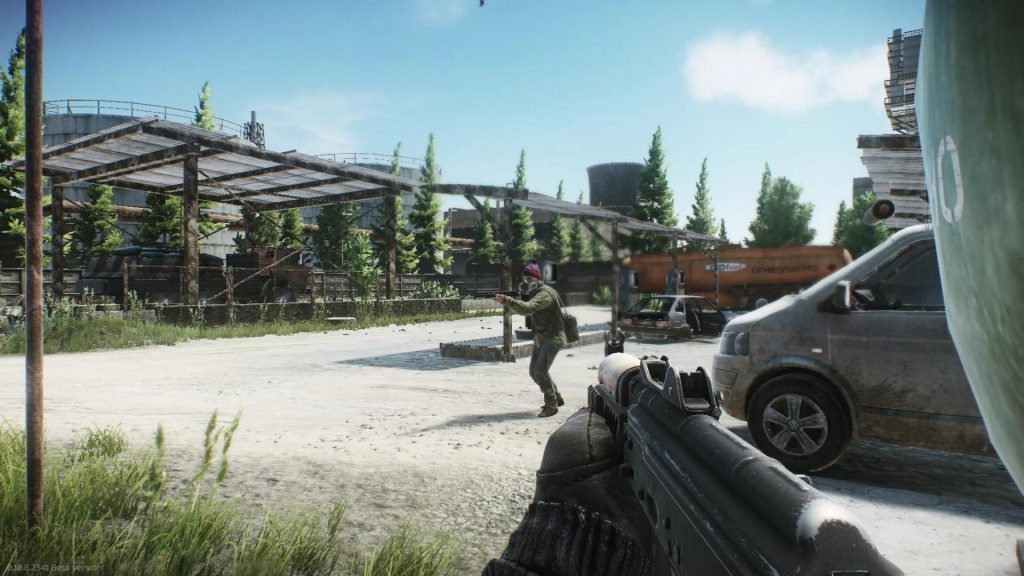 Escape From Tarkov is all about staying alive.

With staying alive until you can escape the play area an important part of the game, Summit1g noted that it’s surprising that more people don’t camp in “exit areas.” Exit area campers are players waiting on those who have already done the looting, picking them off as they try to escape and taking the gear for themselves without doing any of the hard work.

“Listen brother, I’ve played this game quite a bit,” the 32-year-old explained. “Honestly, it’s incredible how not that many people exit camp, if I’m being honest. You would think there’s a giant community but it really rarely happens, and when it does happen you’ll rage off the face of the planet!”

As is often the case for streamers, his words immediately came back to bite him, as bullets start whizzing past him. Just as he had discussed the lack of exit campers, as if on cue one appeared to ruin the American’s day, tagging him with shots as a panicked Summit tried to take cover.

Under fire with no idea where his assailant was, Summit1g tried to make a run for it, but things didn’t work out for the streamer. As he dived between train carriages to escape, he finally got sniped out of the game, leaping out of his chair in a mixture of shock and frustration.

After almost punching his chair, he addressed his viewers: “That is un-f**king-believable! I don’t think you get that it’s 40 minutes into a game, that guy’s been sitting there!”

Unfortunately for Summit, his claim that exit campers rarely appeared in Escape From Tarkov was almost immediately proven to be false, and all the gear he had acquired over the 40 minute game ended up going to his opponent, as he was sent back to the lobby.

While it may have been frustrating, the tactical and realistic gameplay is one of the reasons players are currently flocking to the game though, and the game has even set viewership records that blow WoW Classic‘s launch out of the water.