YouTuber and prankster “kmoorethegoat” has sparked backlash across social media after uploading a “practical joke” video capitalizing on current panic surrounding the Coronavirus.

The current Novel Coronavirus outbreak, which was first reported in Wuhan, China in December 2019, was recently declared a Global Health Emergency by the World Health Organization on January 30.

With countries like the United States imposing travel bans on those making their way from the Chinese Wuhan province, citizens worldwide have begun to panic about potentially contracting the virus, which has claimed a reported 634 lives.

Despite the severity of the situation, some online content creators are taking advantage of the hysteria surrounding the illness, including YouTuber “kmoorethegoat.”

Kmoore uploaded a video “pranking” bystanders in public on February 5, where he and a group of actors rushed to “apprehend” other performers who pretended to be infected with the virus.

Although he prefaced his video by claiming that his “practical joke” was merely for comedic purposes and not intended to offend, commenters across the net are sounding off in shock that he would make light of such a serious situation.

“Not a good look bro,” one critic wrote. “This one hits too close to home. People are actually dying from this, and you think it’s a joke.”

“Nah bro, this ain’t it,” another commented. “You’re gonna offend a lot of people with this. A lot of people are dying from this.” 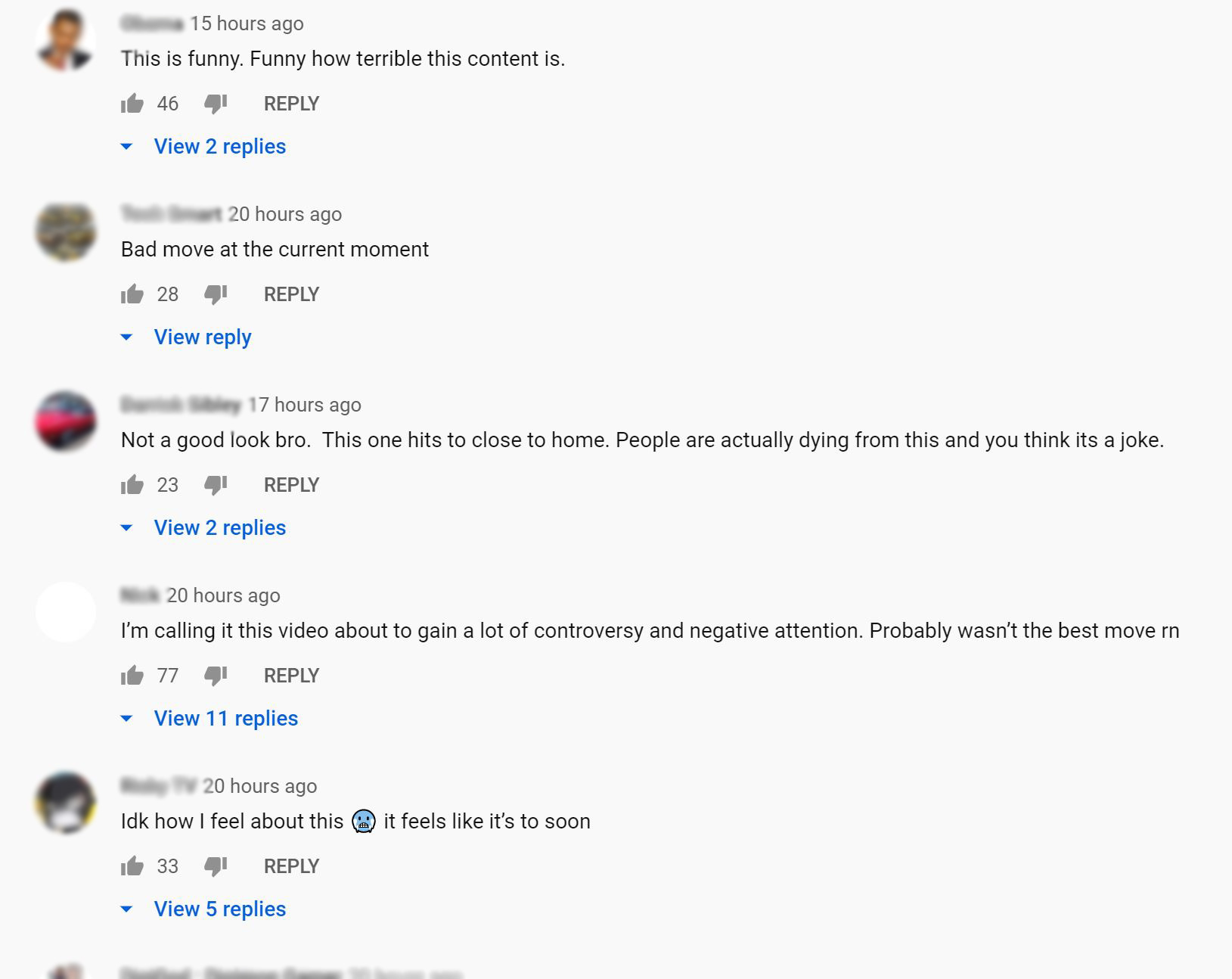 Drama Alert’s “KEEMSTAR” likewise posted a screenshot of the video, which caught similar flack across Twitter.

“That’s just wrong, making a prank out of a Virus that’s killing people,” another user chimed in.

That’s just wrong, making a prank out of a Virus that’s killing people.

Kmoore isn’t the only YouTuber coming under fire for a Coronavirus “prank” video, either: Instagrammer James Potok caused a plane to return to the airport after claiming he had traveled from Wuhan and was “not feeling too well.”

Hoping to make a viral video, Potok was met with outrage, which has since earned him a charge of mischief and breach of recognizance — a punishment that acts as a valuable lesson for those who might hope to copycat the idea.