YouTuber claims he lost his job over videos about PewDiePie

YouTube king Felix ‘PewDiePie’ Kjellberg is arguably one of the most popular YouTubers in the world, being the number one most subscribed, independent creator on the site – but he’s suffered plenty of controversies during his career, which have affected more than just himself.

Another YouTuber on the site, going by the name ‘Isaiah Photo,’ claimed that he’d lost a job opportunity due to making videos at the height of the “Subscribe to PewDiePie” train, amid his battle with T-Series in early 2019.

While Isaiah clarified that he had no personal relationship with Kjellberg, he alleged that his videos on the topic had cost him a client, as shown in a series of emails. 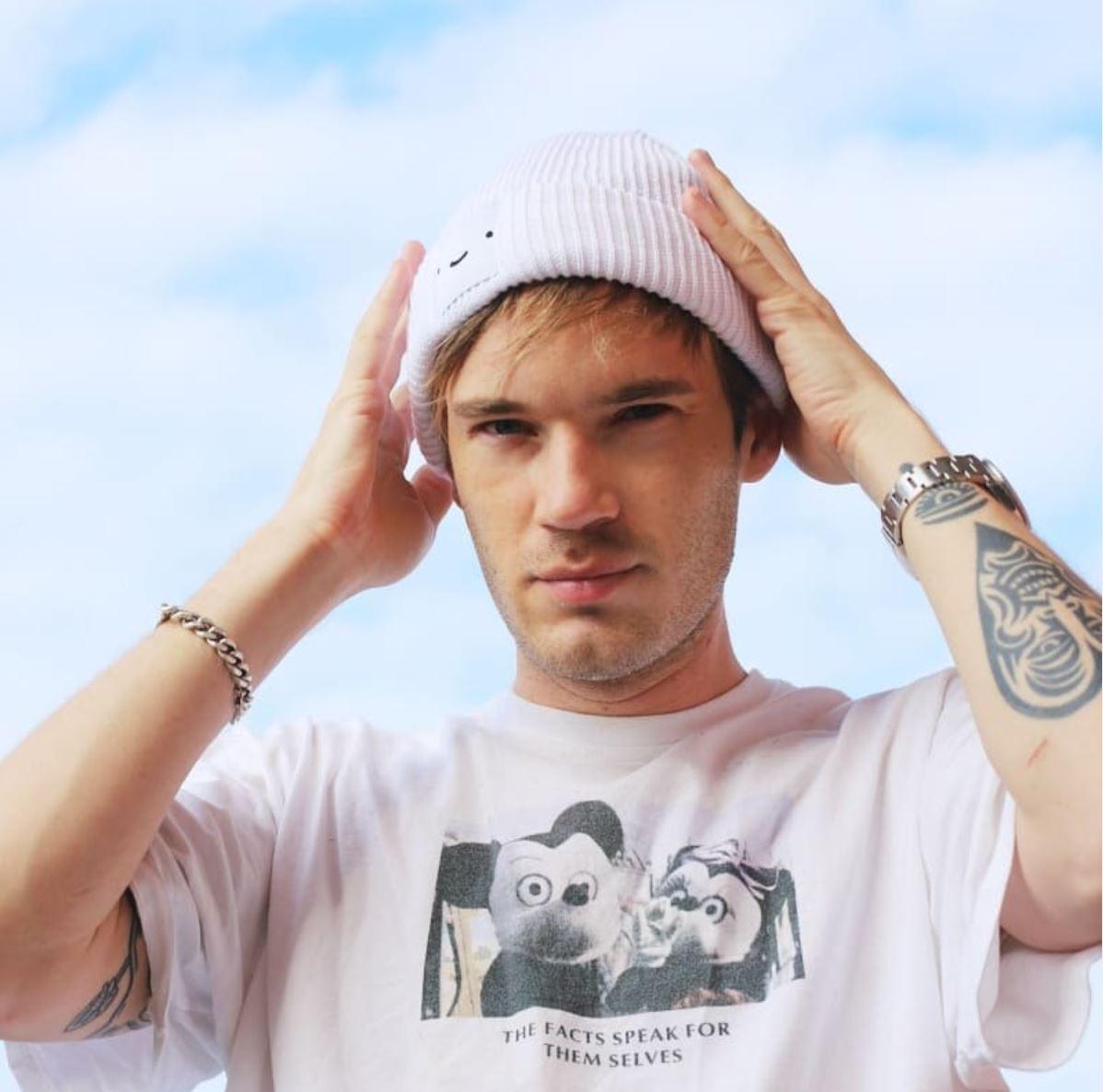 PewDiePie is the most subscribed, independent YouTuber in the world, boasting over 96 million subscribers on the platform.
600https://www.instagram.com/p/Byz9bs_gwzb/?utm_source=ig_web_copy_link

Isaiah is a full-time freelance photographer, being in the business for over five years, and creates YouTube videos in his spare time as a hobby.

However, one of his clients did a little digging and discovered his YouTube channel, which he claims he does not cross-promote with his photography business, whatsoever – resulting in their ultimate denial of his services. 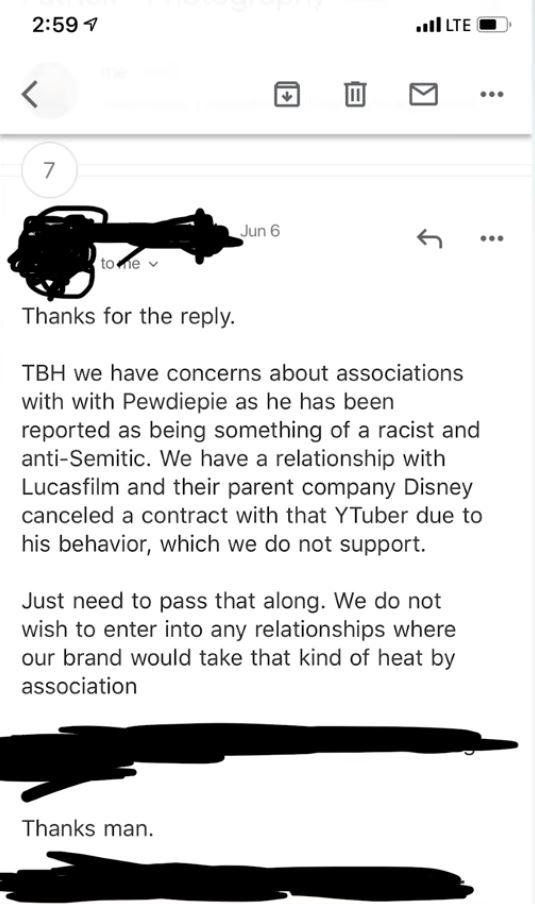 “TBH, we have concerns about associations with PewDiePie, as he has been reported as being something of a racist and anti-Semitic,” one of the client’s emails read. “We have a relationship with Lucasfilm, and their parent company, Disney, canceled their contract with that YouTuber due to his behavior, which we do not support.”

Isaiah claimed that the emails “blew his mind,” arguing that the mainstream media is responsible for painting big-time YouTubers in a bad light – which ultimately affects other creators on the site.

“That was mind-blowing to me,” Isaiah said of the exchange. “That really rocked the boat. I wasn’t expecting that, at all. I was expecting a, ‘Wow, that’s really cool,’ kind of response. …in the end, it ended up biting me in the butt.”

While PewDiePie has yet to respond to Isaiah’s video on the matter, he has similarly lashed out at the media following his ample controversies, even taking shots at outlets like Vox, in the process.

Despite losing his crown to T-Series, PewDiePie boasts over 96 million subscribers as of June 23, as a result of his battle with the Bollywood label.