August 25 saw one of the largest live-streamed events in history, as YouTuber’s KSI and Logan Paul faced off in the Manchester Arena.

KSI and Logan Paul’s internet beef ended in a real-life fistfight, with the two going head to head in the boxing ring alongside a few other social media personalities.

The fight was advertised as exclusive to YouTube’s platform, costing viewers £7.50 (or $10.00 USD) to watch via the KSIvsLogan YouTube channel. As of August 26, the channel has over one million subscribers.

While the official livestream now has 5.4 million views, with over 800,000 tuning in during the stream itself, that wasn’t the only place the fight could be found.

Plenty of streamers were likewise broadcasting the match through Twitch in an attempt to avoid YouTube’s pay-per-view policy.

However, unlike YouTube, Twitch didn’t remove the bootleg streams nor ban their streamers for this widespread offense, at least not immediately.

Twitch quickly became the place to go for those looking to avoid the YouTube paywall. According to Rod Breslau, Twitch garnered over 1.2 million concurrent viewers during the time of the event – on par with The International, which peaked at around 687,000 views during the game’s Grand Finals for the english stream.

Streamers weren’t even attempting to cover up their actions either, blatantly streaming the fight for all to see – unlike the streamer who pretended to play a game while an actual UFC match played in the background.

That isn’t the only issue the platform saw, either. Twitch’s staff was privy to the streams, with some of its top staff members tuning in to watch the action for themselves. Even the director of Twitch Studios, DJwheat, was seen in one of the broadcasts. 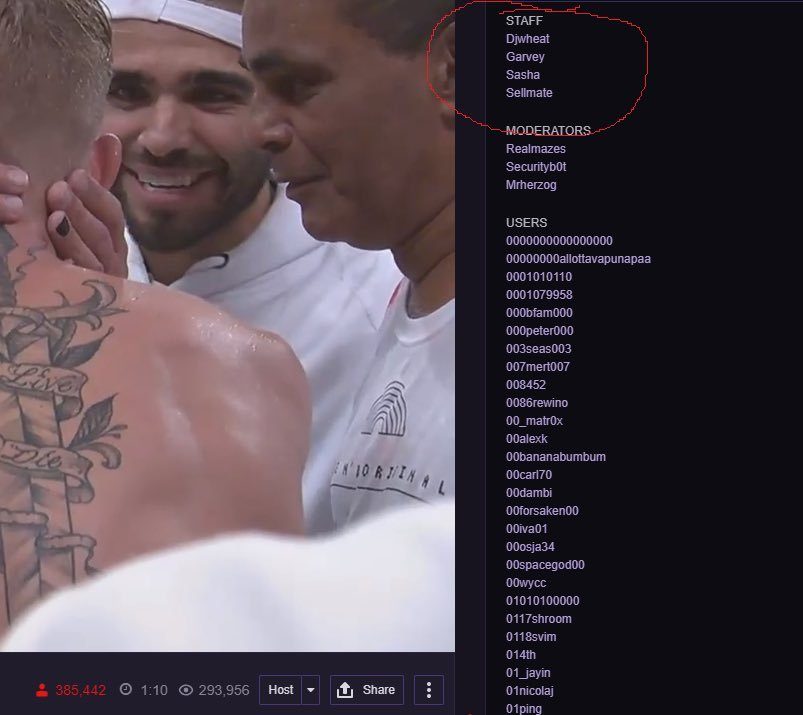 With the vast number of views the fight accrued on Twitch’s platform, as well as their staff being aware of the occurrence, it seems as though Twitch had no intention to rectify the issue.

When legality of the problem was brought up on Twitter, many esports personalities claimed that a DMCA (Digital Millennium Copyright Act)  would be in order – but that the platform was fully within their rights to keep the broadcasts up until the act has been issued.

The KSI vs Logan Paul fight brings up a timely issue of copyright infringement. While ultimately illegal, the bootleg broadcasts brought in over one million views – and views mean money. Those interested in the issue will have to hang on for a finite conclusion – if there is one.