Trainwrecks calls out Twitch fans for transphobia against streamer

Popular streamer Trainwreckstv threatened permanent bans for any of his viewers engaging in transphobia, after his Among Us squadmate and fellow streamer Bloody quit, possibly due to comments she was receiving.

Among Us, as any Twitch viewer will know, has come to dominate the streaming platform. Top streamers including Trainwrecks, xQc and more came together once again on October 3, to whittle down their squad and find the impostor.

However, the stream took a sour turn when one player, Bloody, reported that she was going to hop off as she was receiving transphobic comments from viewers in her chat. She speculated that they were from fellow streamers’ chats.

“It’s been super fun playing with y’all,” Bloody said. “I will say though, I think my mods have been having a really hard day because I’m trans and I think a lot of people from a lot of peoples’ chat are coming in and being huge a**holes.”

In response, Train and Ludwig asked her to send over a list of the comments so they could permanently ban anyone who had come from their channels.

What followed was an outpouring of support for Bloody, with Train offering a warning to any of his viewers who engage in transphobia.

“I will not tolerate it,” he said. “I don’t care if you’ve gifted me a thousand subs, I don’t care if you’re a 48-month sub, you will be perma-banned… it’s disgusting of you, and it’s f**king embarrassing. Your sub won’t protect you.”

In the aftermath of the stream, Bloody described the night as “crazy”, as well as saying that she’s “really glad” she took the decision to stream again.

“[I] got a ton of hate, but got so much love and support too,” she tweeted. “Super appreciate folks like Ludwig Ahgren and Trainwreckstv stepping up and speaking out against transphobic a**holes tonight.” 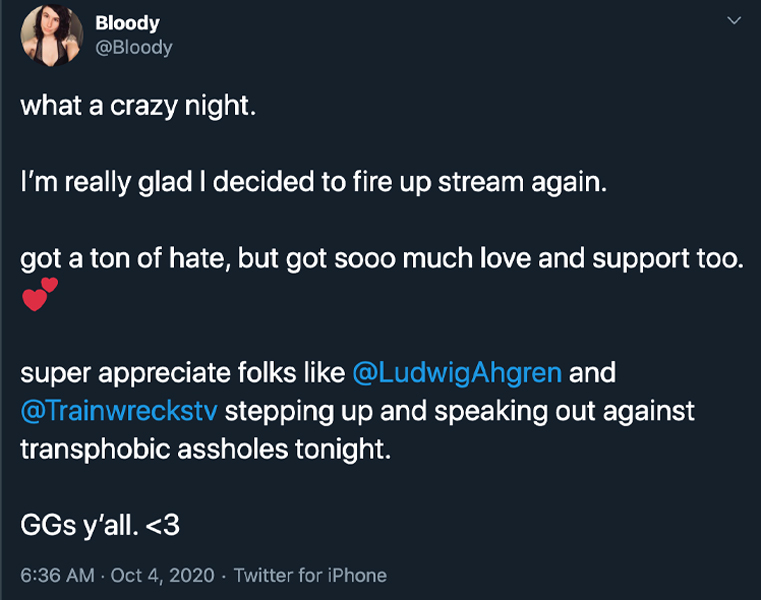 Bloody was clearly grateful for the support from bigger streamers, who were disappointed that she had to make the decision to stop gaming early due to the abuse she was receiving.

Twitch has a number of community guidelines relating to ‘Hateful Conduct’ which attempt to keep incidents like this down to a minimum. However, controlling the words and actions of tens of thousands of viewers is almost impossible, even for the biggest streamers.

Content creator and influencer Trisha Paytas has called out YouTuber Shane Dawson and his fiance Ryland Adams for not “taking accountability” for their actions following her revelations about Jeffree Star and HairbyJay last week.

In a series of TikToks, Paytas insists that it is unfair that the two are able to just go about their lives without taking accountability for their actions.

She said: “They never  have to take accountability for anything. They don’t learn, they don’t get it. They’ll have an apology, throw therapy in there, but they don’t change. And it’s not okay.”

“The amount of trauma and trust issues I have from this are far greater than anything any ex-boyfriend or daddy issues could give me,” she continued. “This is someone I’ve never lied to and never said one bad word about for twelve years.”

Paytas added: “I find out every day, more and more nasty s**t he said about me.”

“It just goes to show what horrible human beings they are. They think that if they don’t address stuff, it just goes away,” she said.  “And that is the truth, because a lot of people won’t have to take accountability for their actions and for being a s**tty person because the internet forgets stuff and the drama moves on.”

Paytas also dubbed Dawson’s fiance Adams a “weasel,” saying that he “couldn’t wait to talk about it” because “he was so happy to have a little bit of spotlight on him.”

She also called out Shane in a TikTok pointedly titled: “Signs you’re in a toxic friendship (but don’t wait twelve years to end it).”

Some of the “signs” she mentioned include: “says they won’t support you publicly because it gives them anxiety (but does it for other people),” “stops showing up in-person for any important events,” “they only call you when their other friendships aren’t working out,” “they trigger you on purpose to go off on people on their behalf,” “tries to convince you to ‘move on’ from trauma that makes them look bad” and “tells you they ‘don’t want to believe what you’re saying’ when you’re opening up to them.”

Shane and Ryland are yet to comment publicly on the situation. 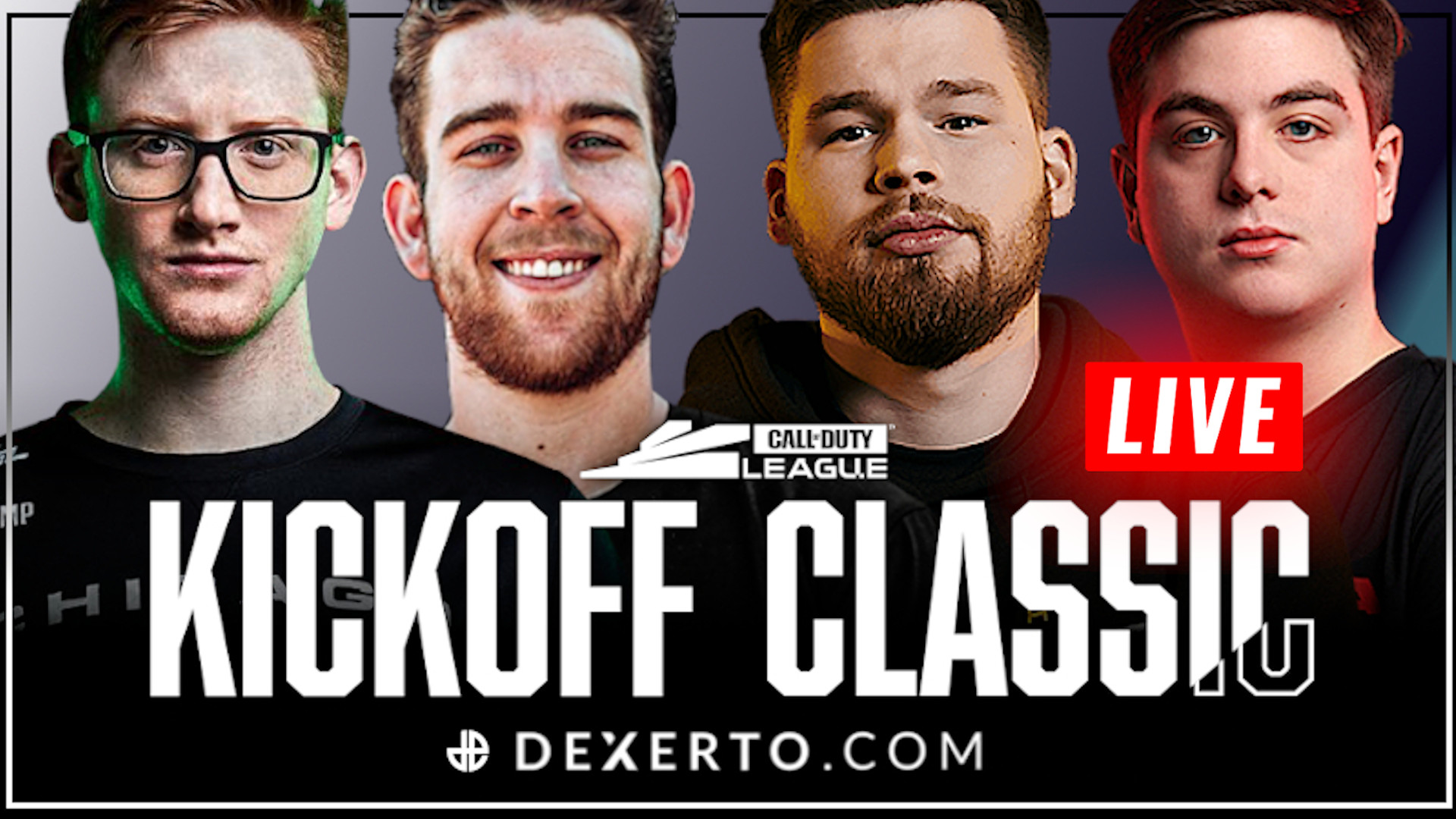