Having recently transitioned from Twitch to YouTube, Jack ‘CouRage’ Dunlop decided to enjoy the luxuries of the new platform now that he was no longer held down by his subscriber count. Unfortunately for him though, throughout the holiday his bedroom became the target of an absurd prank from The Mob.

Taking a brief break from the full-time streaming grind, he ventured to Japan for a momentary respite, only to be thrown hilariously right back into the center of attention upon returning home.

Fellow content creators under the 100 Thieves banners, The Mob had the ingenious idea of taking a controversial CouRage Tweet to the next level by redecorating his entire bedroom in the LA Cash App content house. This ridiculous prank came at a surprising cost however. 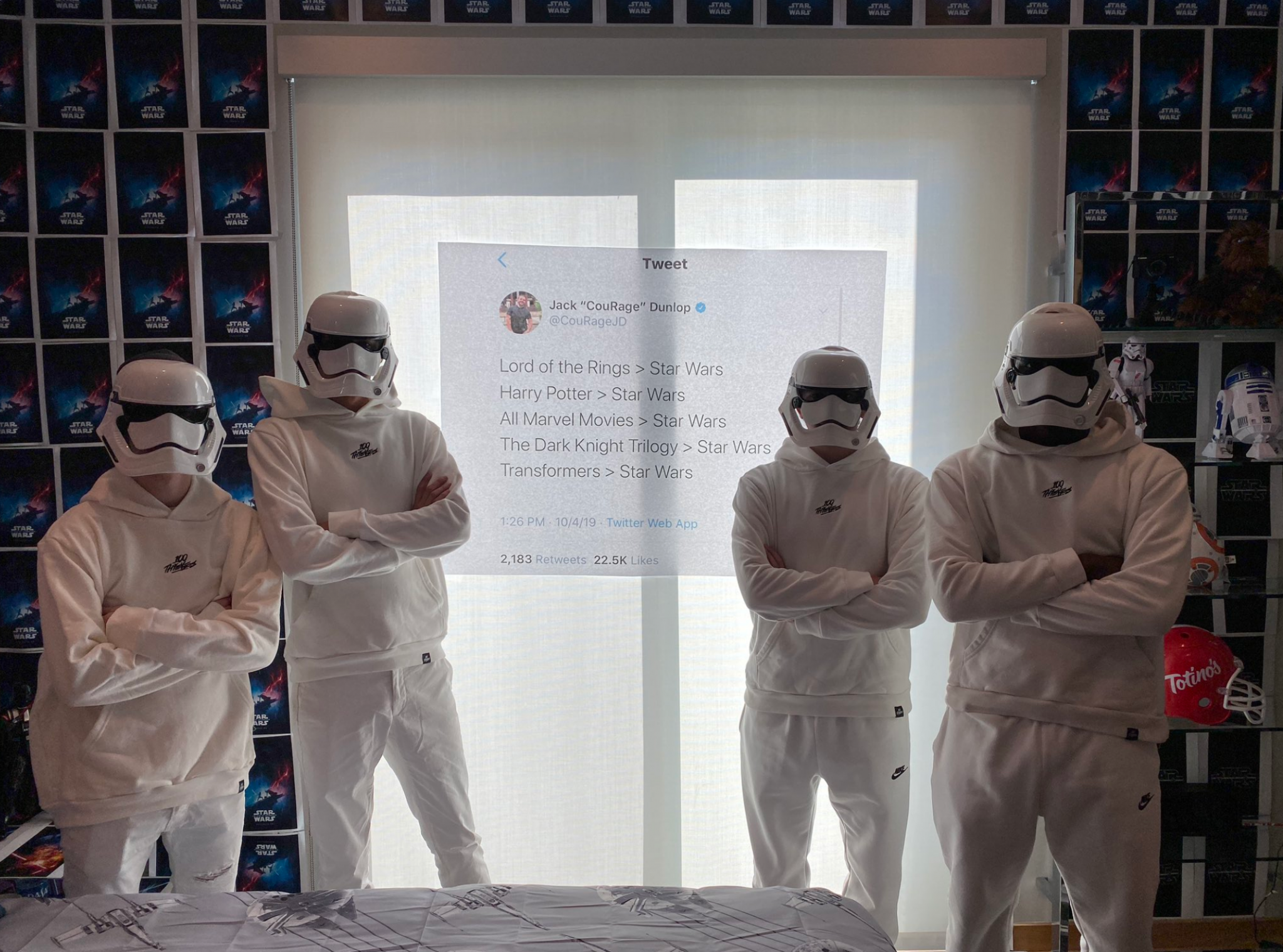 The Mob were officially brought on-board to 100 Thieves in June of 2019.

CouRage is never one to shy away from sharing his opinion online yet one of his most amusingly controversial arguments to date revolves around the Star Wars franchise being overrated.

Taking issue with that sentiment, The Mob decided to completely redesign CouRage’s bedroom while he was away in Japan. Taking the time to carefully cover every inch of space with Star Wars memorabilia, even decking the floor with prints of the logo.

Despite having revealed the end result of the makeover in an October 26 Tweet, a full behind-the-scenes video was unveiled on November 13 and the ultimate price of the overhaul came as a surprise to all involved.

“Nadeshot said he would pay for all of this when we’re done,” Froste cautiously explained once the room was refurbished.

“We thought this was gonna be like a couple of hundred dollars at most,” he detailed before Classify chimed in, joking that he “deadass thought it was going to be like $300.”

Overall, the cost of the prank came to well over a thousand dollars, but fortunately for members of The Mob, the bank of Nadeshot was there to bail them out for the sake of quality content.

With an expectedly hilarious reaction upon walking through his bedroom door, it’s safe to say that the prank on CouRage was absolutely worthwhile in the end.

Who knows, perhaps with all the Star Wars decor he might finally change his tune and come around on the series.