If you have been on the internet in the last six months, there’s a good chance you’ve heard of Ninja – the former esports professional turned ‘Fortnite’ streamer who has become one of the most recognized names in gaming.

Ninja, real name Tyler Blevins, played Halo competitively for many years alongside his live stream on Twitch, but recently retired to turn his attention fully on streaming, and parallel to the meteoric rise in Fortnite, he has become the undisputed number one streamer.

With that growth comes money, that is no secret, but what you may have heard less about is his charitable work.

To name but a few, Ninja has in the past done charity streams to raise money for Suicide Awareness, children’s research hospital St. Jude’s, and most recently his merchandise which donates the profits also to St. Jude’s.

But this latest charity story with Ninja may be the most impactful yet, after he helped raise the money necessary to protect an orphanage in Tanzania from closure.

Pairing up with charity Global Empathy Now, a charity which focuses on orphaned children in the country and runs an orphanage in Tanzania, Ninja raised the money necessary to build a secure perimeter around the premises.

The construction of this wall prevented the orphanage from being closed down, and the children being forced back out into dangerous circumstances.

Last year we did a charity stream to raise money for a wall to protect a school/community in Africa. My friend @Joe_Fries brought this to me, his friend had been there multiple times helping the people there. This is the result of that charity stream! Absolutely incredible <3 pic.twitter.com/kpFxLRWGcB

We spoke to Joe Fries, a friend of Ninja through the Halo esports community, who got him on board with the project. He explained that Ninja raised the money needed in less than six hours on his charity live stream.

“I was told if this wall wasn’t built the orphanage would be closed and the kids would be put back on the streets.

Thankfully Tyler raised the money in less than 6 hours and saved the kids.”

The reach Ninja has amassed – and of course the generosity of his Twitch followers – made a massively positive impact on this community and the charity’s work. 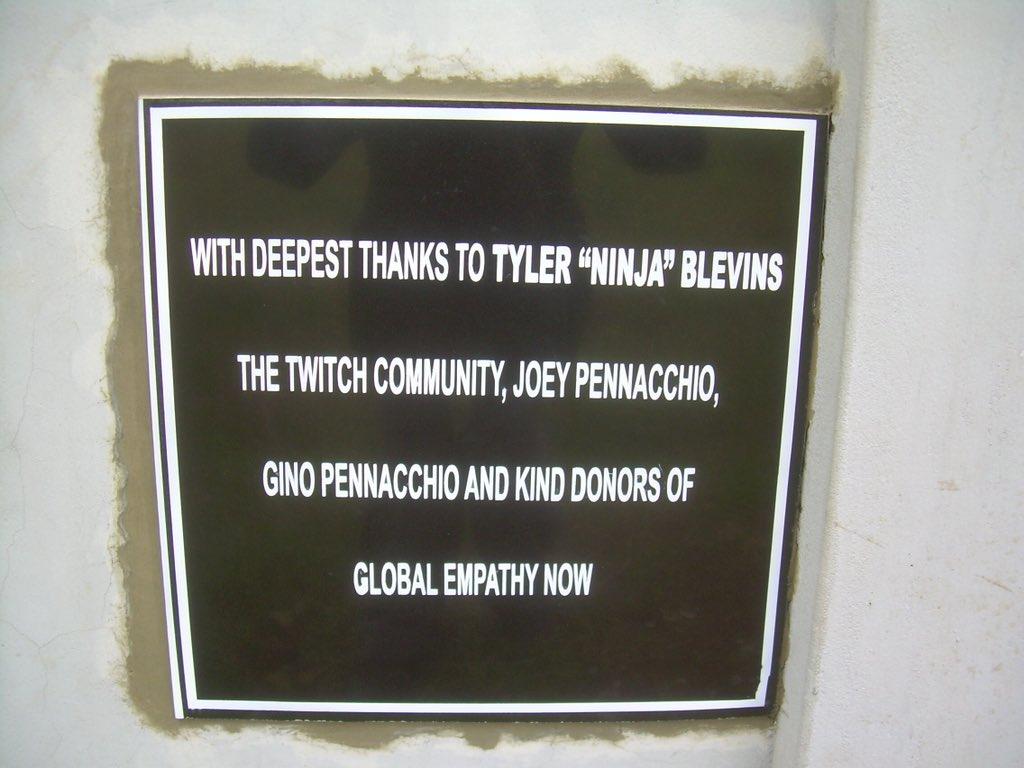 The director of the orphanage also sent a video message to thank Ninja for his contribution.

“These children are very happy, for you have built a very good wall around their orphanage.

They are now safe. They are not afraid of drugs, snakes – even thieves.

I, the director of this orphanage, am sincerely thankful to you, on behalf of these children.” 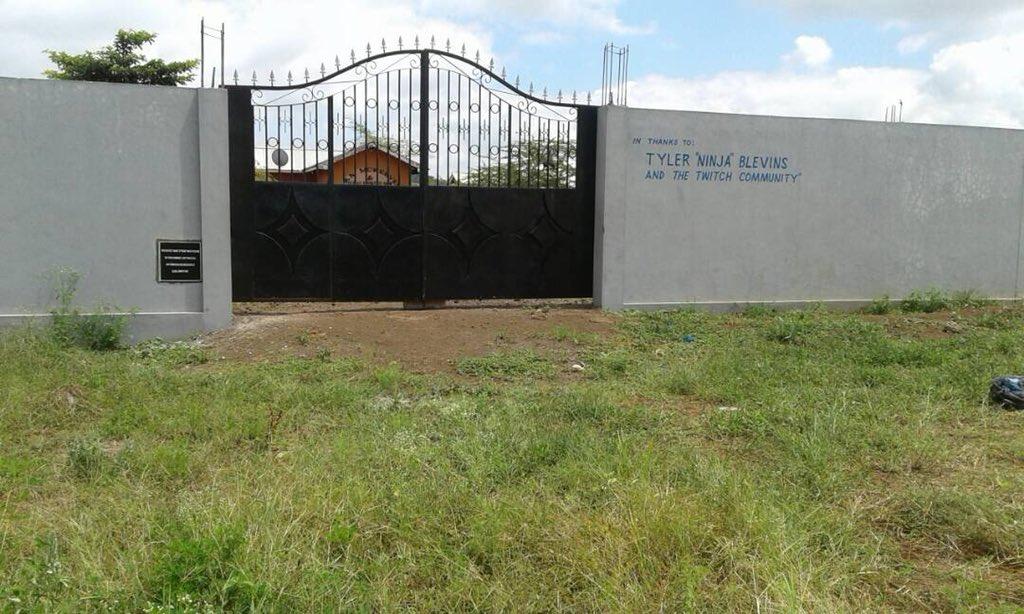 The completed wall, painted with a message thanking Ninja and his community. Image: Global Empathy Now/@Joe_Fries

Global Empathy Now do brilliant work with the orphans, but need continued financial support if they are to accomplish their mission.

We aim to serve the underprivileged, raise awareness, and develop self-sustainability in a global framework.

We are advocates for empathy paired with action. This means we work to be cooperative listeners and committed givers, aiming to understand and involve those in need.

We do not take fees for our work. We apply donations directly toward the project at hand.

You can find out more information and support the charity and its projects on their official website.