Jaryd ‘Sea of Thieves on Twitch, but there are some issues that he would really like to see resolved in the near future.

The variety Twitch streamer has built up quite the reputation for unbelievable player vs. player (PvP) plays in the world of high seas and skeleton pirates, but things haven’t always been going to plan after coming back.

He took a moment to plead for changes from developers during his October 20 broadcast, after becoming really frustrated with some aspects of the current meta. 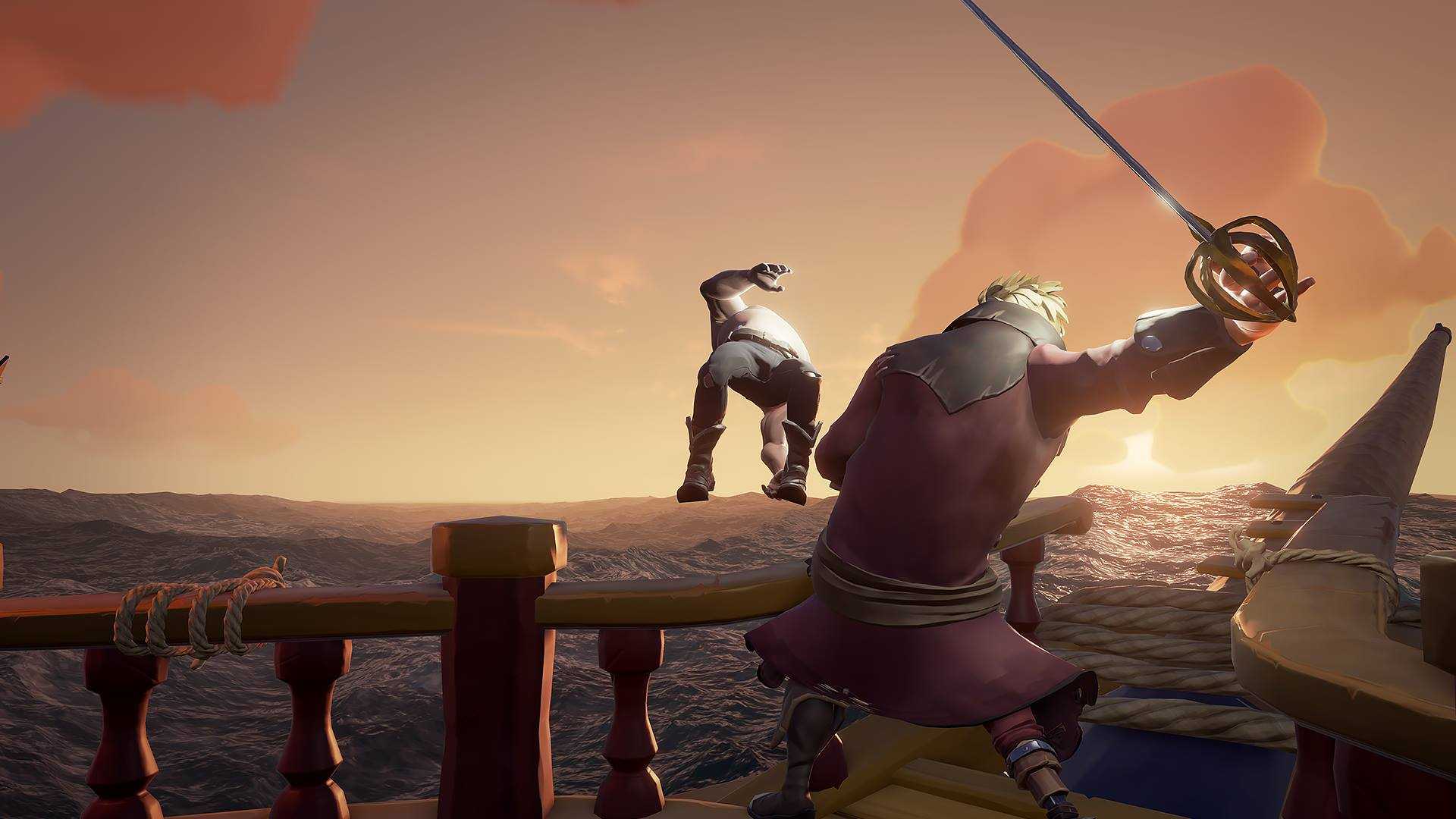 Sea of Thieves’ PvP action has been called into question by summit.

Just like many others in Sea of Thieves, summit was playing alone and wanted to try to get on board a few different Galleons during the stream, which he did do successfully on a number of occasions.

Although, there was a period of about 25 minutes during the livestream where he had a terrible time, getting destroyed by enemy crews that all wielded swords – and it wasn’t just the streamer that thought the weapon was potentially a problem for the game. His chat very much agreed, after seeing what was happening.

“The f****ing meta in this game is unbelievable man. It’s unbelievable! How is the meta just hold W and left click continuously forever? Come on.”

The speed in which swords can strike opponents in Sea of Thieves is much faster than that of a weapon and the damage, judging by these clips, appears to be a similar per hit – handing the enemy crew a huge advantage over the player.

Once he had been eliminated once again, riding in the Ferry of the Damned, summit1g decided enough was enough and called out Rare directly. “It’s just the most unskilled, piece of s**t way to play the game. It’s crazy,” he said with his head in hands.

Clearly things got a bit heated during this segment of summit’s broadcast, but those fearing him quitting the game shouldn’t be too worried. He carried on playing for a long time after these clips were captured.

The former CS:GO player then posted about his frustrations to Twitter, where he – again – took his issues up with the game’s developers directly.

Pls @SeaOfThieves fix your combat.
The sword brain dead meta is awful, either show some love to guns which got mega nerfed or put sword where it was before. Solo/Duo players stand no chance against that right trigger Zerg.

“Please Sea Of Thieves fix your combat. The sword brain dead meta is awful, either show some love to guns which got mega nerfed or put sword where it was before,” he tweeted. “Solo/Duo players stand no chance against that right trigger Zerg.

There’s a chance that he might jump into another game in the near future, if Rare doesn’t respond with some sort of PvP update in due course. Even then, though, we’ll have to wait and see.

Jake Paul and Logan Paul helped popularize ‘YouTube Boxing’ in recent years, although it’s often described as a mockery of the sport. However, Conor McGregor explained why he isn’t against it and thinks it’s good business.

Conor McGregor has been focused on his upcoming UFC 257 bout against Dustin Poirier for a while now. However, that hasn’t stopped Jake Paul from doing his best to rope the former double champion into an exhibition boxing match.

Jake first called him out back in November 2020 after he knocked out Nate Robinson. Then, he taunted him to accept a $50 million fight offer several weeks later and has been flailing about ever since.

He still hasn’t managed to get his attention. However, his antics did draw out comments from UFC President Dana White and Conor’s coach, John Kavanagh. Now, Conor has finally shared his thoughts on YouTube boxing as a whole, and here’s what he had to say.

Jake Paul has tried and failed to bait a response from Conor McGregor.

“A lot of people are criticizing [YouTube boxing] as maybe making a bit of a mockery of fighting,” asked an interviewer. It’s the predominant view among fans of combat sports. “I want you to weigh in on that for me.”

“If they are fighting, well, then it can’t make a mockery of fighting, right?” said Conor. “They’re getting in, and they’re competing. I am not so much against it. The YouTube kid and the NBA star competing [was] good business.

“Am I into those competitions myself? It’s not the most high level if any level… [but] as they say if it makes dollars, it makes sense,” he added. “I know Dana and the UFC are not really into it, but… I’m not so against it. I think if people are willing to get in and take the risk of making that walk, I am certainly a viewer.”

Conor’s opinion might come as a surprise to fans who expected him to make scathing comments. However, as a businessman himself, it seems like he’s all for it. Plus, as he said, YouTube boxers are still fighting and giving it their all.

On another note, Conor didn’t seem too incensed about Jake. He barely mentioned him at all.

Still, it’s only a matter of time before Jake responds, and there’s no doubt he won’t be too thrilled about being referred to as “the YouTube kid.”