SteveWillDoIt is part of the popular NELK Boys group, who have built a massive fan base for their entertaining weekly vlogs and prank series on YouTube.

One of the regular guests featured in their videos is fitness star Bradley Martyn, who has an ongoing “feud” with Steve, with the pair constantly pranking one another on their channels.

Steve and Bradley are always trying to prank one another in their videos.

Steve revealed, in his latest upload, that he had surprised himself with a new Tesla Model X, ordering it to arrive outside of their home in Los Angeles.

The YouTube star revealed his new Tesla, which retails for around $85,000, and highlighted the red custom wrap with their NELK’s ‘Full Send’ branding and designs all around the vehicle.

The hood of the car stood out the most as it surprisingly featured a supposed image of Bin Laden, though Bradley Martyn’s face was digitally added to the wrap instead.

While Steve was quite impressed with how the car turned out, fellow Nelk star Kyle Forgeard claimed that people might not even recognize Bradley’s face, “dude, people are just going to think its bin Laden though.”

Steve later took the car to Bradley Martyn to reveal his meticulous prank and, as expected, the fitness star was not too happy with the design choice. 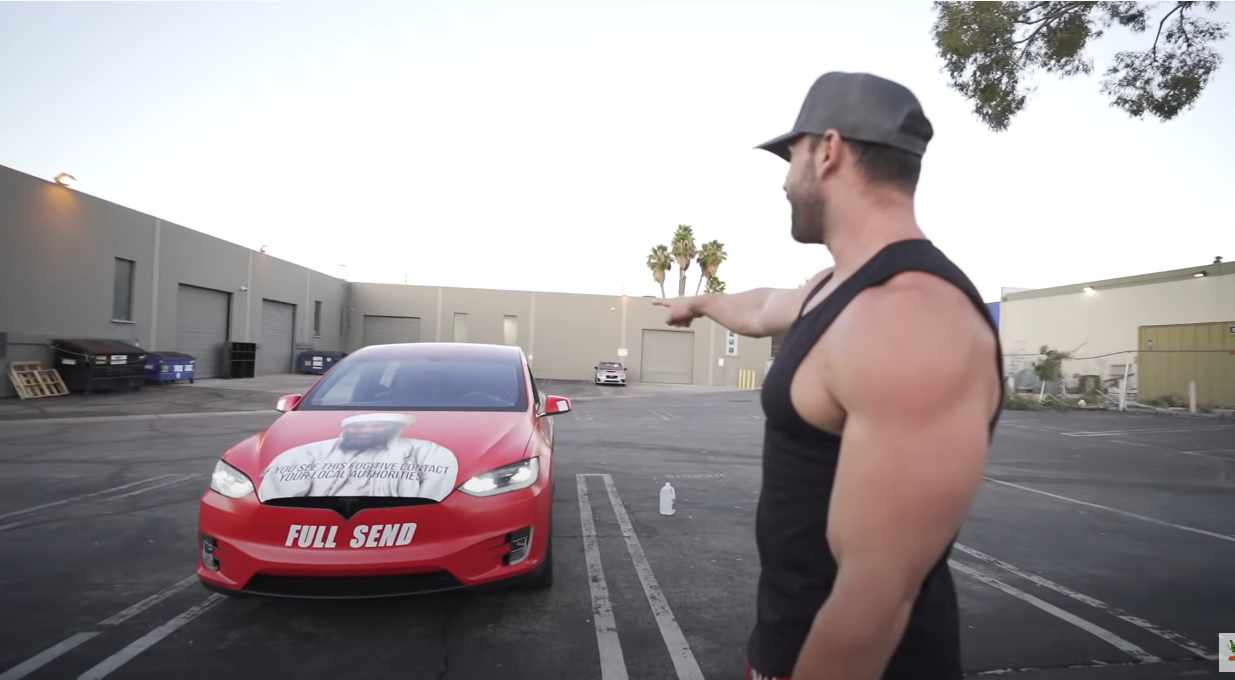 Steve also demonstrated some of the unique tricks that you can do with the Tesla Model X, such as making the car “dance” along to music.

Despite being impressed with these features, Bradley was still unwilling to let the prank go and demanded that the image be removed from the car.

While it is unclear whether or not Steve will remove the image from his new car, there will likely be many more pranks between the pair in future videos.