Michael ‘shroud’ Grzesiek is known for being an incredibly talented player in just about any game he picks up, but his impressive aim came in handy for another reason entirely during a recent Twitch stream!

The Canadian streamer has one of the biggest channels on Twitch, with over five million followers, but he’s still learning new tips and tricks of the trade on a regular basis.

This point was hammered home in hilarious fashion on January 8 when he was playing The Witcher 3 and found himself faced with a nudity scene. 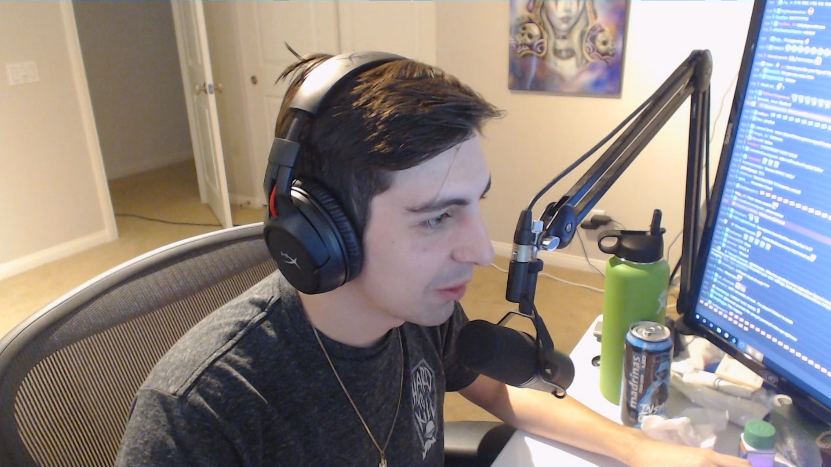 Shroud’s is the second most followed streamer on Twitch.

Twitch’s terms of service should protect streamers from receiving bans or suspensions if a game shows a small amount of sexual content alongside the main story, but shroud wasn’t taking any risks and quickly employed one of Félix ‘xQc’ Lengyel’s tactics.

“Wait, chat, brace. Brace! The xQc chat. Get ready, don’t look,” he said, beginning to drag his own facecam across the screen and censor out the breasts! “xQc taught me this one. Woah, woah!”

The entire scene quickly became some sort of aim training course for the shroud, who even commented on it feeling like he was practicing his flick shots as he continued to employ his fellow Canadian’s tactic.

“Okay, we’re good, everything’s fine,” the streamer joked as the nudity in the cutscene came to an end and he was finally able to return his camera to its normal location on the screen.

Shroud and was a professional CS:GO players for a number of years before making the decision to step down from the Cloud9 roster and focus solely on his stream and content creation.

Since doing so, his popularity and fan base has continued to grow. Best known for destroying opponents in battle royale games like Blackout and PUBG, the 24-year-old has also shown that he is open to just about every genre, including games like The Witcher 3.