PewDiePie trolled by fans for not knowing Bangladesh is a country

The internet rarely forgets anything and that’s especially true when the most-subscribed man on YouTube makes a hilarious mistake.

Fresh off his major accomplishment of being the first YouTuber to reach 70 million subscribers, Felix ‘PewDiePie’ Kjellberg decided to do another edition of his signature “Meme Review.”

Little did he know, however, that one small mistake he made in a video on November 6 would come back to haunt him in hilarious fashion.

In that video, PewDiePie was highlighting the many ways that his fans have rallied behind him in his race with T-Series when he seemed to imply that he thought Bangladesh was located in India.

His fans were quick to point on the mistake and created a multitude of memes that he unknowingly reviewed during his newest video.

“There’s been so many articles about this,” laughs PewDiePie before reading a headline titled ‘Bangladesh backs PewDiePie in YouTube battle with T-Series, despite him not realising it’s a country.’

Trying to quickly backtrack, PewDiePie assures viewers that he definitely know Bangladesh is a country as he Googles quick facts about the country to (unsuccessfully) prove his point.

The memes didn’t stop there, though, as fans continued trolling him in ways that kept surprising PewDiePie every time. 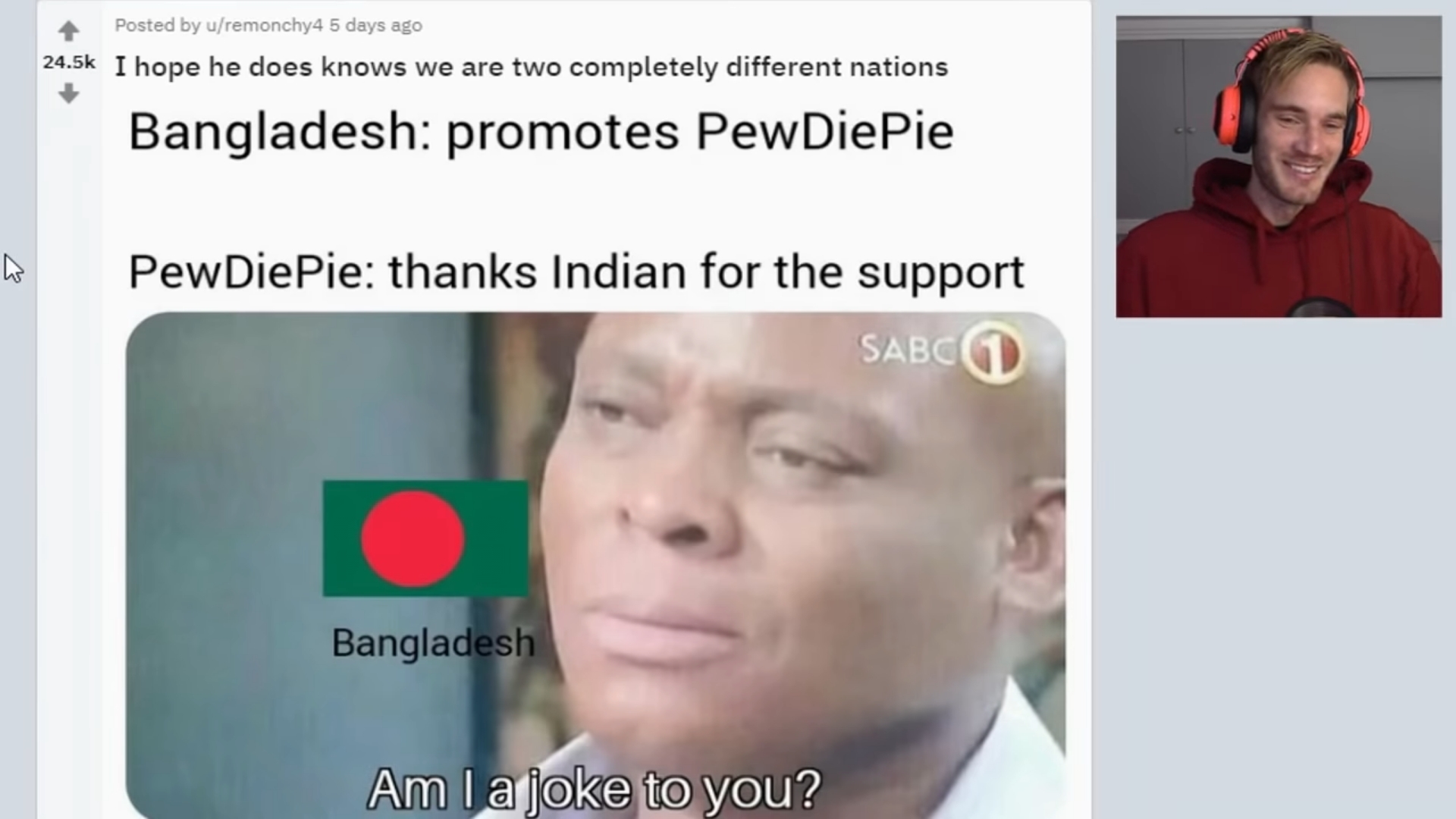 One fan compared him to fellow YouTubers Logan Paul and Olajide ‘KSI’ Olatunji in what looked like a “which YouTuber is the best” meme before saying “Deep down we all know that Bangladesh is not inside India.”

Another fan even poked fun at the fact that PewDiePie once laughed at a girl for saying the Capital of England is Russia before reminding everyone that PewDiePie thinks Bangladesh is a city in India.

PewDiePie took it all in good fun, shrugging off the jokes before ending his video by thanking his fans for their undying support and saying he’s “so lucky to be in this position.”

You can follow along in the race between PewDiePie and T-Series with live subscriber counts at our official hub.