YouTuber Jake Paul tied the knot with MTV starlet Tana Mongeau in July – but a recent video from his bride is raising eyebrows across the net in regards to their relationship status.

While both Mongeau and Paul have admitted to having an “open marriage,” Tana has been decidedly open about her apparent dislike of this title, as revealed in a Q & A video in late November.

Speculation surrounding their marriage increased following Jake Paul’s teaser of song “These Days” on December 3, which appears to be about his ex-girlfriend, Alissa Violet – but that’s not the only issue causing fan concern.

what I never got to say… “These Days” December 13th?? pic.twitter.com/PBh0Q2SJqH

Mongeau uploaded a vlog on December 4 on her second channel titled, “I took my girlfriend’s phone and flirted with my best friend. Prank????”

Although her best friend is, without question, Imari, the “girlfriend” in her title ended up referring to former Disney star Noah Cyrus, who has been known to playfully flirt with Mongeau in the past.

Needless to say, the title of the video spawned ample questioning across her fanbase, who scrambled across social media to question Noah on the actual details of her relationship with Mongeau.

Thankfully, their queries didn’t go unanswered for long, with Noah assuring critics that she and Tana are merely friends in an Instagram story shortly thereafter.

“Guys, we are FRIENDS,” Noah wrote in response to the drama. “Relax.” 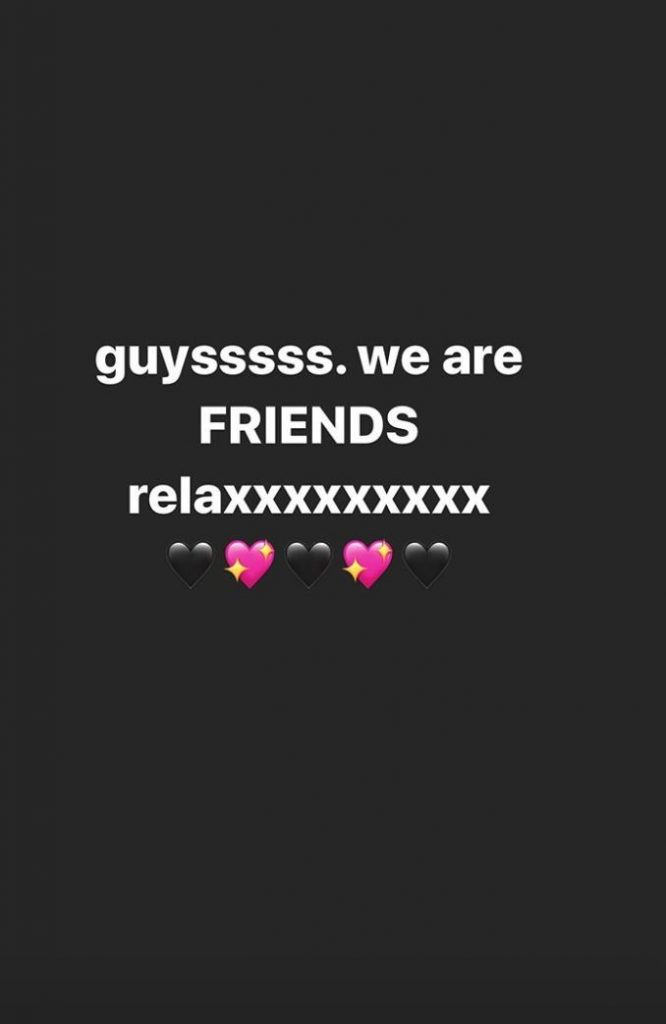 While she may have allayed fan fears for now, this wouldn’t be the first time the two celebs have joked about being “flirty” with each other. In fact, the two made rounds after uploading a video to Instagram in mid-September which featured an equally leading caption.

“Tana tastes like skittles…what?” Cyrus wrote of the video, where she seductively licked a knife before closing in on Tana’s face. “I could really taste the rainbow, what?” 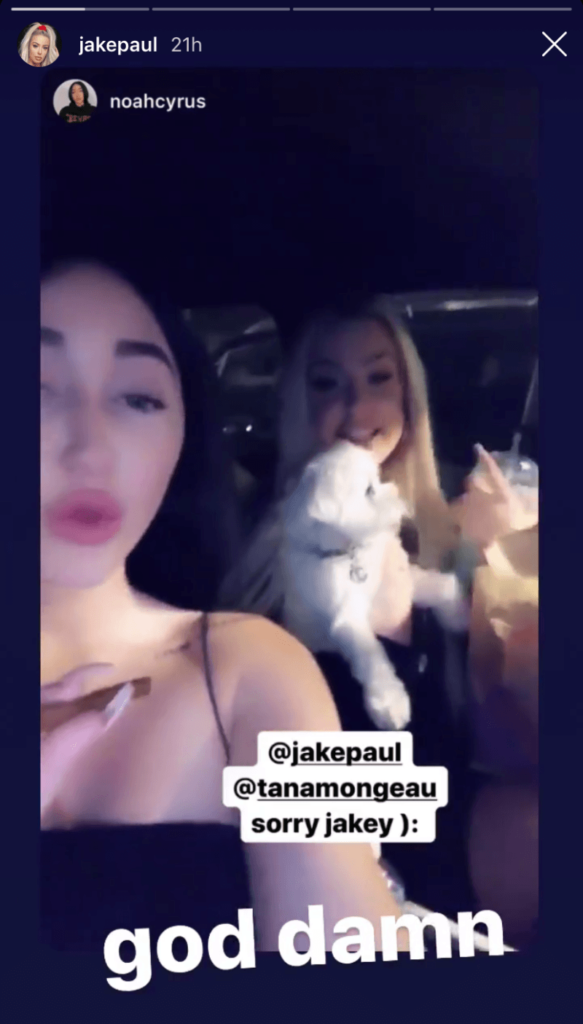 Noah Cyrus gave Jake Paul a cheeky warning via Instagram – but he didn’t seem too fazed.

Mongeau has since announced a short hiatus from social media in wake of Paul’s song announcement, claiming that she hopes to “advocate for mental health awareness” and remain “authentic” to her brand – a vacay that fans are encouraging her to take after suffering a tumultuous 2019.