The League of Legends team, who live and practice out of the California residence while they compete in North America’s LCS splits.

With the LoL season now finished, 100T’s Fortnite pros have been using the space to practice and compete in the Fortnite Championship Series, and while the pair’s hard work is clearly paying off after their second-place finish in the grand finals, their cleaning habits appear to be non-existent, much to the annoyance of Nadeshot. 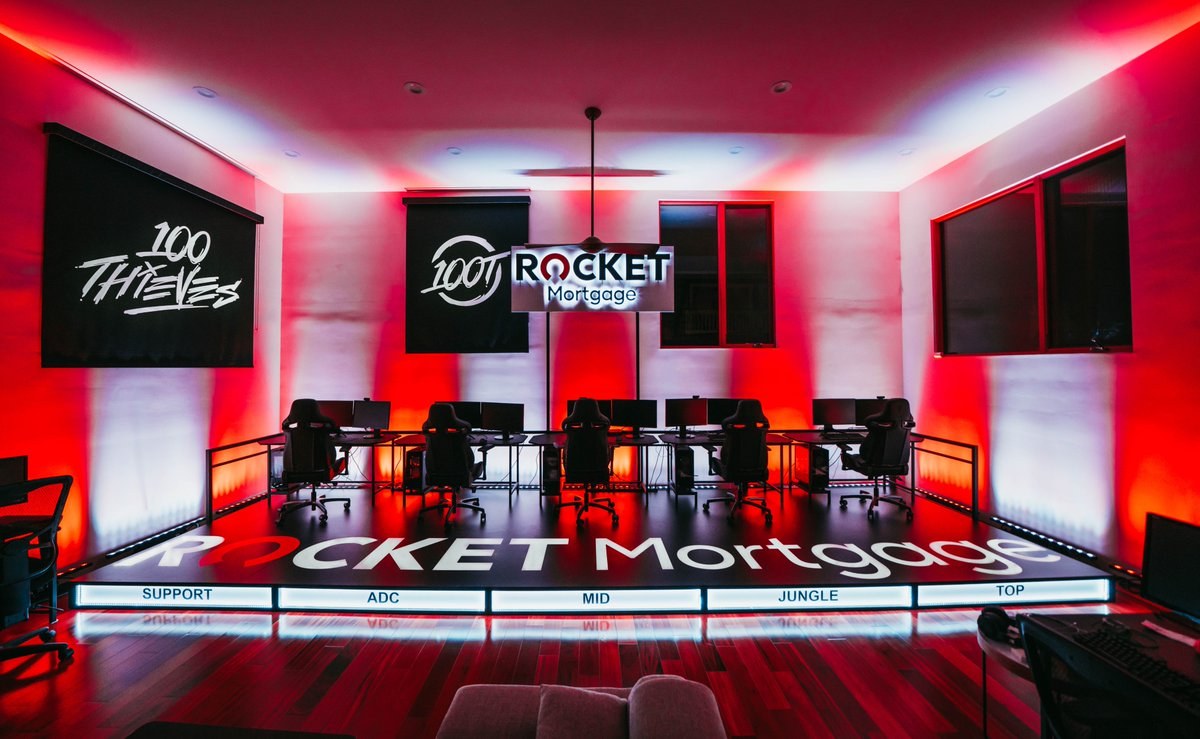 In a clip uploaded to his Twitter account, Nadeshot gave his followers a look at the main practice and living area in the team house, which is covered in bags of food, with garbage on tables, desks, chairs, and even on the floor.

“This is what happens when the Fortnite team is allowed to stay in a beautiful home all alone,” the former CoD pro stated as he walked around the room. “Ceice, Elevate, we’re going to have a talk. This is disgusting.”

The 27-year-old even tagged Hector ‘H3CZ’ Rodriguez, who notoriously fines anyone who leaves trash sitting around in his “H3CZquarters” office $250, asking how much the two Fortnite players owe him.

It’s time we have a talk @Ceice @ElevateFN

Hey, @H3CZ, how much do you think they owe me? pic.twitter.com/FH4rfz3sMF

Ceice and Elevate originally joined 100 Thieves back in March of 2019, but have been teaming together since WSOE 3, which the pair won in December 2018.

Since then, the duo have become an inseparable force, playing together throughout the year, and successfully qualifying for the Fortnite World Cup, finishing third and taking a combined $1.8 million in prize money from the Duos Finals.

However, being among the best in the world at mopping up kills in a video game does not necessarily translate into being good at mopping up a mess in real life! Something tells us the pro players will be learning how to do that very soon, though.

Fellow 100 Thieves member Jack ‘CouRage’ Dunlop had no sympathy for the pair, tweeting that there was “no way you two are this stupid,” telling them COO John Robinson was going to “bring down the hammer” on them for the mess.

Meanwhile, Ceice was trying to pass the blame, sending out a tweet that joked “It wasn’t me,” before apologizing to Robinson for the state that the team house was in.

On the bright side, Nadeshot can at least take solace in the fact that he’s not the only team owner to come across messy players; Cloud9 CEO Jack Etienne discovered a similar mess inside their League of Legends team house once upon a time!

The culprits on that occasion included William ‘Meteos’ Hartman, who would later go on to represent 100T in their first season as an LCS franchise.

Disgusting. I actually had a similar experience in early C9 days when I was greeted by this scene when I walked in. Right @Hai @Meteos @LemonNation @FlyBalls @Sneaky? :nauseated_face: pic.twitter.com/tVDFvw6rDF

Who will clean the garbage pile that the 100 Thieves Fortnite team has created remains to be seen, but don’t be surprised to see Ceice and Elevate donning a pair of rubber gloves to sort out the mess themselves!