In a new YouTube video, Jimmy ‘MrBeast’ Donaldson hosted a dumpster diving competition with a professional appraiser giving a cost estimate to every item found with the winner earning $12,000.

While going from dumpster to dumpster, Chris and Weddle were able to pull out incredible items worth varying degrees of cash alongside standard trash worth peanuts in comparison.

Throughout the 100 dumpster journey, the most common items the two were able to pull out included bubble wrap, chairs, couches, shoes, phone cases and food items. 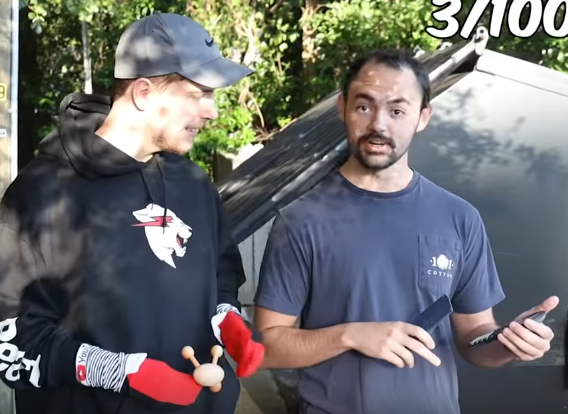 However, there were some big-ticket items too. Surprisingly, the appraiser gave a calculator Weddle found a whopping $20 leading to a funny exchange with Chris.

“How much am I losing by?” Chris asked.

“Hey, let me check the math with my calculator!” Weddle exclaimed before Chris slammed it on the pavement.

In the very next dumpster, Chris pulled out perhaps the most bizarre item of the bunch with a sword. “Is this a murder weapon?” he asked after unsheathing the blade. “Dude, I literally thought this was just trash.”

Unfortunately, the sword ended up only being worth $25 by the appraiser.

A bit later on, Weddle outdid himself by pulling a guitar out of the trash to the tune of $90 according to the judge on the condition that the electronics were working. 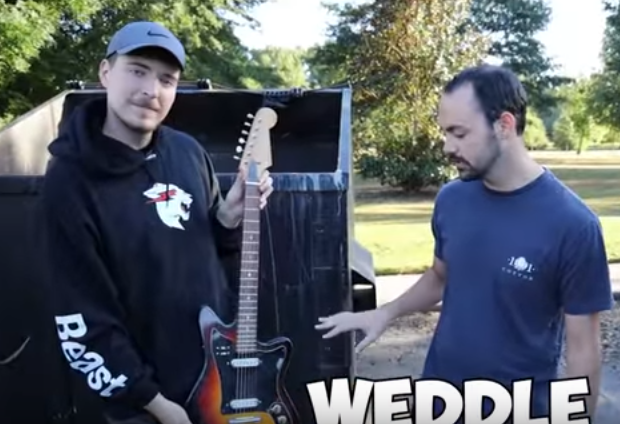 The guitar was worth $90 if the electronics worked.
[ad name=”article5″]

The competition raged on with multiple dumpsters being skipped over either because there was nothing inside or they were too gross to actually dive into. However, that didn’t mean some other profitable items were found.

Of note, the two were able to pull out: a bike, TVs, monitors and even a ladder. 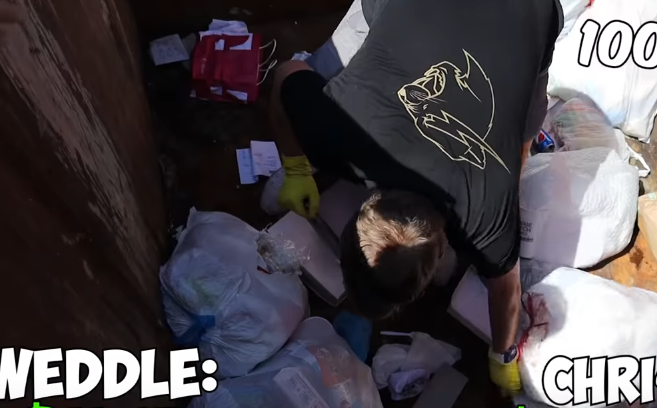 Dumpster diving can be quite dangerous.

While Chris did win the competition and the $12,000, he gave his opponent half of the cash and promised to take him to the mall and “treat him like a king”.

It’s crazy to think that dumpsters could hold so much profit. Next time you throw something away it may be worth to ask yourself: what would someone pay for this?