With controversial YouTuber Logan Paul being caught up in yet another controversy, it looks as though he’s gotten a bit of support from his rumored girlfriend, Corinna Kopf.

Paul’s latest bit of controversy stems from comments he made on the January 9 episode of his ‘imPaulsive’ podcast where he claimed that he would “go gay for a month” as part of his New Years Resolutions.

On the January 21 episode of his podcast, Paul brought on LGBTQ activist Josh Seefried to have a discussion on the matter, with Paul reaffirming his stance and saying that he thinks “being gay is cool.”

Seefried pushed back against Paul’s comments in a way that no guest on the ‘imPaulsive’ podcast has done so far, ending things by telling Paul to “do better” and use his platform to help LGBTQ rights organizations.

Despite the pushback from Seefried, Paul looks to still have the support of his rumored girlfriend Corinna Kopf, who liked a Tweet posted by Paul’s podcast cohost Mike ‘HeyBigMike’ Majlak calling out Paul’s detractors.

.@LoganPaul makes a mistake: *ENTIRE TWITTER WORLD EXPLODES*@LoganPaul clarifies his stance and has a meaningful conversation about a relevant topic: *TIME WILL TELL*

My guess is… *CRICKETS*

While simply liking a Tweet isn’t exactly the most glowing endorsement that Paul could have hoped for from Kopf, giving they’ve yet to publicly confirm their relationship, it’s certainly in line with their previous interactions. 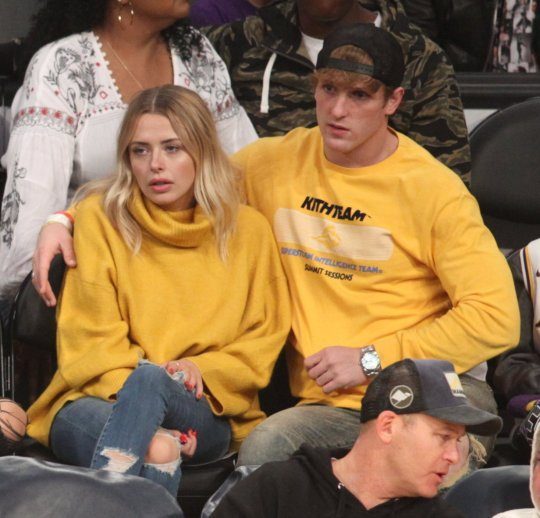 Paul and Kopf seem to be getting quite cozy as rumors of their relationship status continue to swirl.

The continued denials of their relationship come even after the two were spotted together at a Los Angeles Lakers game on January 14.

Logan Paul might continue catching flak for just about anything he does, but it seems as though he won’t be losing the support of Kopf anytime soon.