KEEMSTAR has been organizing and running a ‘Friday Fortnite’ tournament each week, inviting big name streamers and YouTubers to take part.

The tournament has been an instant success, drawing in millions of viewers and effectively bringing together the community for what is set to be a weekly tournament.

However, Diesel hit out at KEEMSTAR personally on Twitter, suggesting he is not fit to be the ‘public face’ of the tournament because he is apparently ‘toxic’.

And Diesel did not stop there, going on to even call out some of his close friends for associating themselves with the tournament. 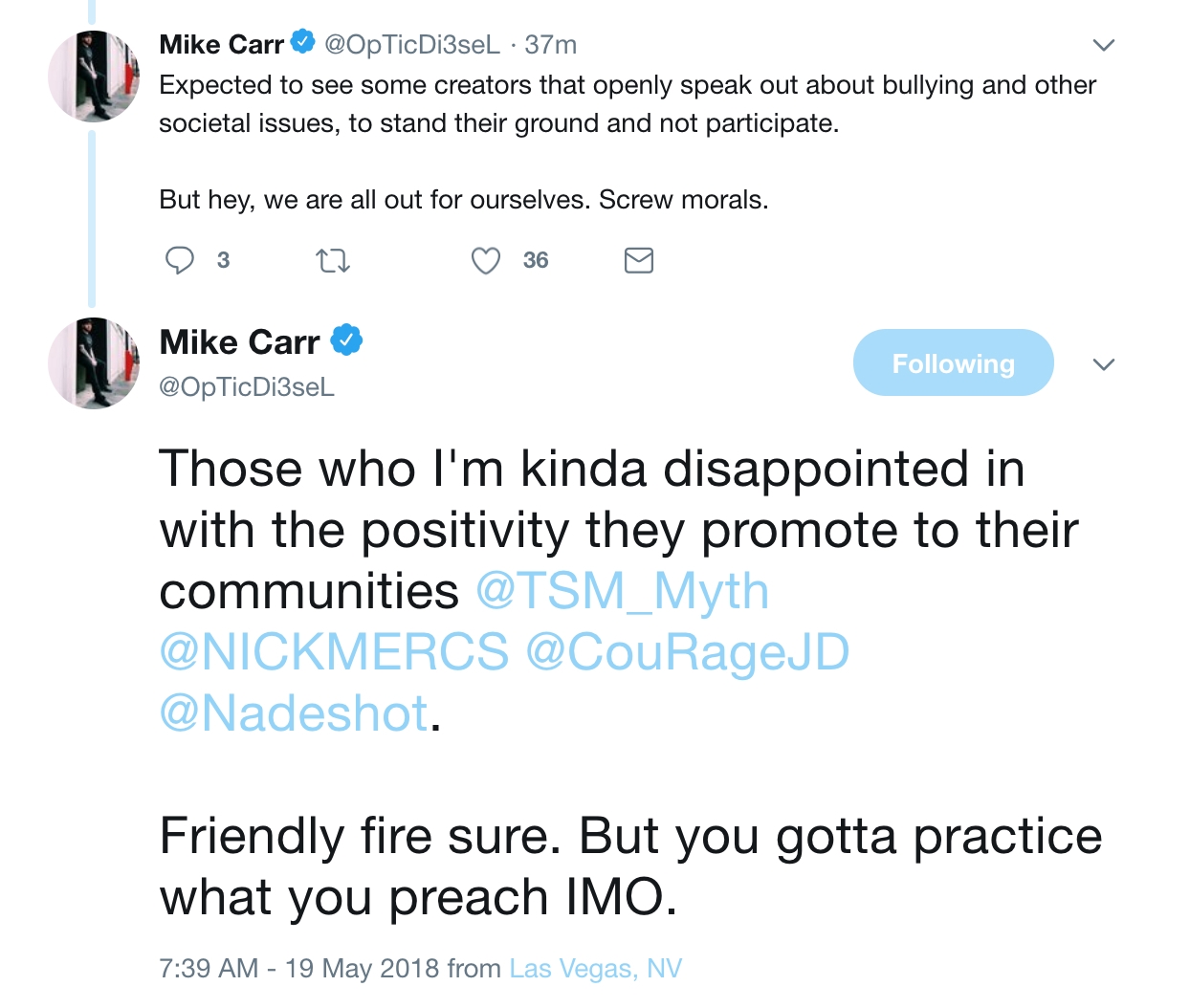 KEEMSTAR was quick to respond, questioning Diesel’s contribution to the community himself and saying no one “let him” run it, as he created it himself.

Look at this soy boy beta .. hey tag along Mike. No one let me run it, I Created it. What do you do for the community exactly? nothing https://t.co/qBxqpbI1NN

You have some nerve you peasant slob

He also later responded with a video explaining his response in more detail.

I’m not going to lie dude, I’m triggered, I’m upset. I just woke up ten minutes ago and I see this Tweet from you, and I’m fucking beyond triggered.

For weeks, I’m sitting here, all day long focusing on this tournament making sure everything runs right. You have no idea the work that’s involved Mike.

There is so much involved in this, it has consumed my god damn life to create this. And I get this tweet from you, and I’m thinking to myself: ‘what the fuck do you do for the community?’

It drives me insane that you can have this opinion, and send this shade this way, when you do nothing. I want to know what you do for this community? Because I’m sitting here grinding, I’m sitting here working.

So what do you do? Don’t fucking talk shit, without stepping to the plate.”