Stuchiu: Why Valde joining OG is the right move for his career - Dexerto
CS:GO

Stuchiu: Why Valde joining OG is the right move for his career

Valdemar “valde” Bjorn is one of the best players in the world. For the last two years, he was the franchise player and superstar of North. That chapter of his career as he has joined OG. The decision to move from North to OG is the right move for valde’s career as a player.

The Next Great Dane

valde hit the scene at the end of 2016 in the Heroic lineup. He was the star of the team, but what made him stand out was that he had great skill and game sense, a rare combination to have in a rising star. This resulted in a strong all-around game that has only expanded in the ensuing years. His rising skill caught the eye of the top Danish teams, so when North benched Emil “Magisk” Rief, valde was the natural player for them to pick up.

The lineup during this period was: Philip “aizy” Aistrup, Mathias “MSL” Lauridsen, Rene “cajunb” Borg, valde, and Kristian “k0nfig” Wienecke. On paper, the lineup looked amazing, but it never reached its full potential. During this time period from late 2017 to early 2018, valde was the secondary star of the team. The primary star was k0nfig, a brilliant aggressive superstar with the highest mechanical ceiling of any Danish player. However, k0nfig had personality issues that made him hard to work with and North took him off the for Markus “kjaerbye” Kjaerbye.

Kjaerbye was the secondary star of Astralis in 2017, and had none of the teamwork problems of k0nfig. North also replaced cajunb for Daniel “mertz” Mertz at the primary AWPer position. The mix that North created never quite worked out, but during this time period valde rose up as the next great Dane. Like aizy, Kjaerbye, and k0nfig before him, many considered valde to be the next great Danish superstar in the making. That reputation stuck to him as he only got better despite North’s mixed results.

For a single moment, it looked like North had hit the jackpot. In August 2018, North got Nikolaj “niko” Kristensen as their fifth. The lineup was: MSL, valde, kjaerbye, niko, and aizy. The team pulled out a miracle run at DreamHack Stockholm where they beat Astralis twice to win the tournament. However, they crashed at the FACEIT London Major and the lineup died as North replaced MSL with Casper “cadiaN” Moller. 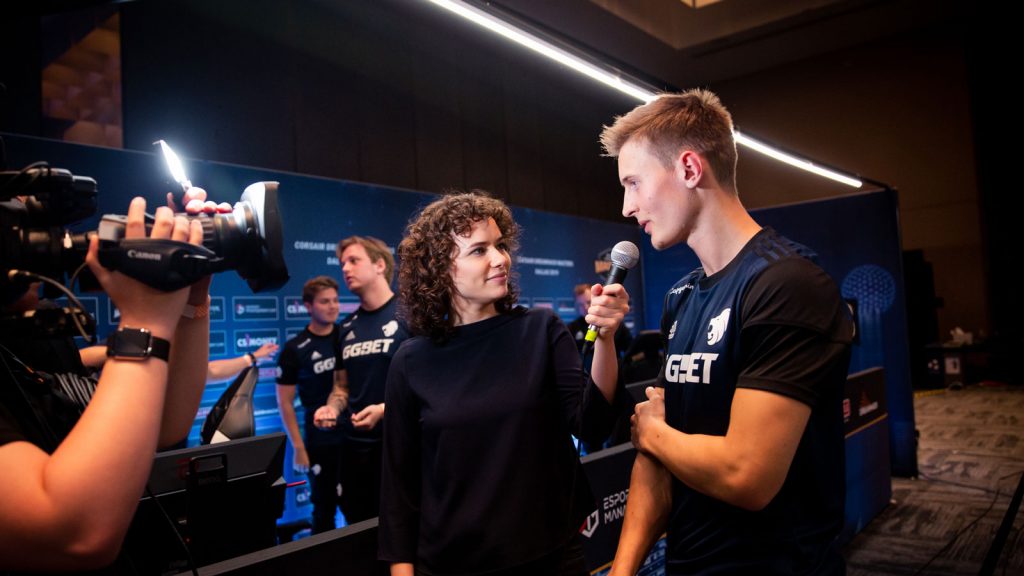 The decision to replace MSL didn’t work and the team soon declined. During this period though, valde’s stock went up even higher as he looked good enough to break into the top 5 players in the world. However North needed a leader and valde took it upon himself to be that leader. North shifted the role over to valde and replaced cadiaN with Jakob “JUGi” Hansen. It was unfortunate timing as the shift to in-game leader sidetracked his path to the stardom, but it showed his resolution to win. In the ensuing months, North did a fairly good job, but it had come at the cost of valde being a superstar. By October 11th, valde was put on the inactive roster as he was planning to join OG.

Nothing left to gain

valde’s decision to leave was good timing on every level. In terms of the larger context of the scene, there were multiple esports organizations looking to get into the space. In terms of lineups, both Aleksi “Aleksib” Virolainen and Nathan “NBK” Schmitt were kicked from their teams and were now making their own.

Both Aleksib and NBK were recently successful with ENCE and Vitality respectively. Both squads were top 3 teams in the middle of 2019. Aleksib was the in-game leader of ENCE which was all the more impressive as ENCE’s primary win condition was their tactics. As for NBK, he was a legend in the scene. A brilliant flex player who could play any role depending on what his team needed. Both players were also part of a structured system which was more akin to the way Danish CS works. Thus it was a more natural fit for valde to join a squad with Aleksib and NBK at the core rather than joining the looser and more individualistic FaZe clan. 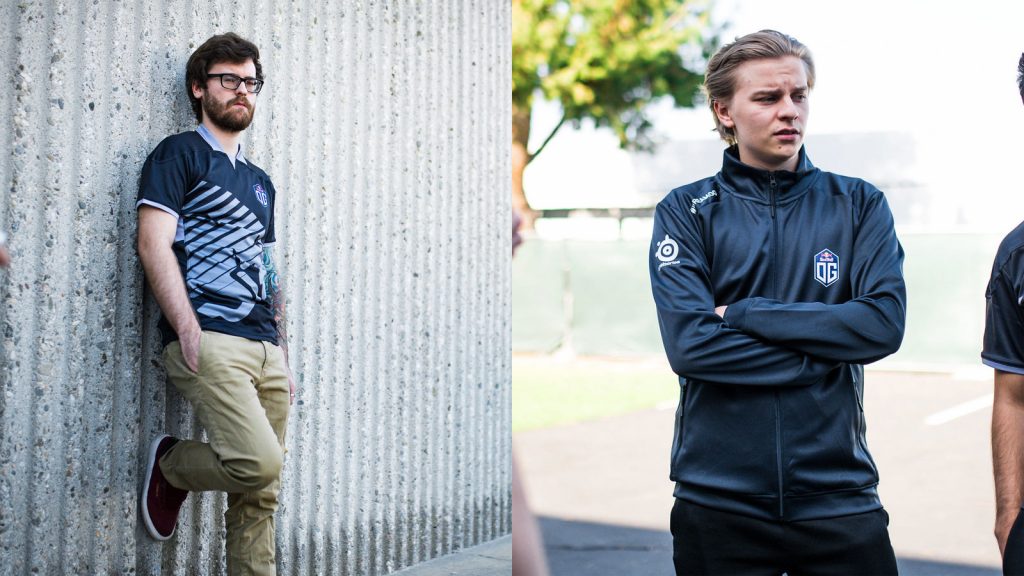 NBK and aleksib: the big name cornerstones of the new OG roster

This move makes the most sense on a personal level though. As a player, the two biggest reasons to stick with a team is personal growth and to win. A potential tertiary reason is loyalty. In terms of personal growth, there was nothing left to gain for valde. He had swapped roles multiple times, played with coaches like Torbjorn “mithR” Nyborg and Alexander “ave” Holdt. After those two years, valde was a complete player.

As a player, valde could play nearly any role and almost any position. This translated to having a strong versatile game while having a good sense for the overall tactical schema. valde can win duels in the early round, make good reads in the mid-round, and clutch the 1vX. His awareness, positioning, timing, and teamplay makes him one of the most well-rounded players in the game today. If I had to pick the closest comparable, he reminds me of Freddy “KRIMZ” Johansson. Someone who combines game sense with mechanics and can impact any part of the round.

If we’re talking about more generalized roles, valde had already acted as the primary star, secondary star, and in-game leader at different points in North. In terms of role and position, there wasn’t much more he could learn by sticking with North.

If you look at winning chances, North was consistently regressing. After the initial North lineup fell apart with Ruben “RUBINO” Villarroel leaving, the team was never able to find the right five. North’s seemed to focus on getting malleable players to build up rather than trying to work with brilliant, but flawed pieces. Magisk (at the time), k0nfig, and MSL are all brilliant players in their respective fields, but had some idiosyncrasies. Magisk has a fairly set role and his form suffered when the North system broke apart with RUBINO leaving. K0nfig had personality issues that the team couldn’t deal with. MSL is a brilliant tactician, but stubborn (as his map vetoes and style seems to indicate).

Instead North opted for more malleable players, people that could work within the system. The problem for North was that none of their gambles or choices ever paid off. Kjaerbye was on a downswing when North got him and his best events before leaving Astralis were in the mixed events where they played a looser style. Aizy never got his superstar form back. Mertz couldn’t get to the next level as an AWPer. CadiaN never got close to the level of tactical leadership that MSL was at.

The most confusing roster change of all was the decision to kick MSL after North bombed the FACEIT Major London. While it was a bad event, they didn’t even give the lineup time to figure out if it was a fluke or not. Overall, North never figured out that an organization can only build up a player so much, that there are some inherent strengths that naturally reside in a player and that the org needed to help or augment that player’s strengths and weaknesses.

By the end of valde’s time on North, there was no upside in the short-term or long-term. Their current roster wasn’t going to make big runs. valde had been a part of North long enough to see that the organization couldn’t build a winning line-up and often regressed more than it advanced. The only other potential reason to stay was loyalty, but valde had already used two years of his career trying to carry the team. He even made the gamble if becoming an in-game leader, a role shift that can sometimes be fatal to player form (as we saw with Janusz “Snax” Pogorzelski). Objectively speaking, by that point North owed more loyalty to valde than the other way around.

valde had done everything possible by that point and if he wanted to win, he had to move on.

The Positives of joining OG

Beyond the reasons I’ve pointed out, there were very good reasons to want to join the OG squad. The core duo of Aleksib and NBK should be alluring to any international player, especially valde as he’s shown an appreciation for tactics and structure. Aleksib was the best in-game leader in the middle of 2019 and his style is fairly different than what any of the North squads ran. While valde is no longer a leader, playing in that type of system should help him develop his understanding of the game. 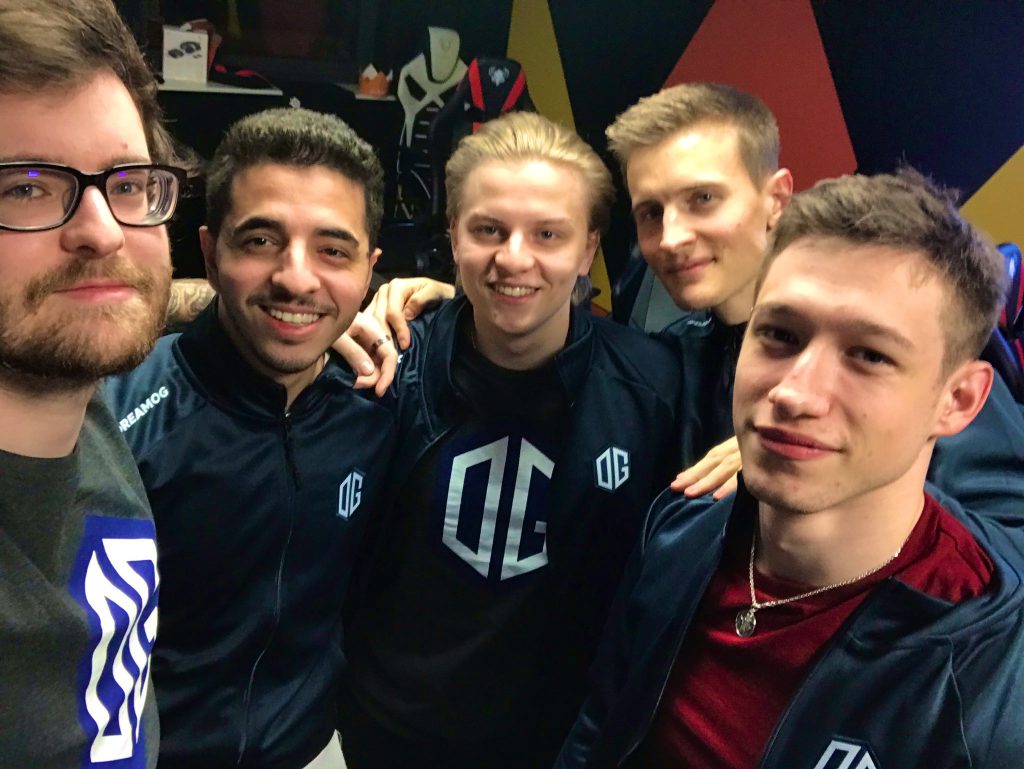 NBK, on the other hand, is a legend. He is a two-time Major winner and has been a part of lineups that were contending for world championships. NBK is also one of the more successful GMs in CS:GO history as he was the Kingmaker of the French scene. There is a wealth of experience and ideas that could help valde grow even further.

Finally, valde’s decision to join an international team opens up multiple doors for him. He can still go back to the Danish scene if any teams rise up, but he now has the option of joining international whether they be in Europe or America. For valde, this is the natural next step in his career.