Stuchiu: Why G2 is inherently volatile

Why are G2 Esports one of the most inconsistent top teams in CSGO? Despite flashing potential for greatness, there’s a reason why they sometimes can beat superstar teams then have letdown performances against lower-tier sides.

G2 Esports are one of the more peculiar teams in world Counter-Strike. They made a bold roster change after the StarLadder Berlin Major. Since then they’ve had seemingly inconsistent results.

They can beat Na`Vi or give Astralis a close run one second and then lose to FURIA or ATK the next. While the results speak to inconsistency, the inherent volatility of G2’s identity will always lead to up-and-down results.

Prior to StarLadder Berlin Major, G2 were still an all-French lineup with Kenny “kennyS” Schrub, Audric “JaCkz” Jug, Francois “AmaNEk” Delaunay, Lucas “Lucky” Chastang, and Richard “shox” Papillon. The team had some decent results. They got to top-6 at DreamHack Dallas and made the finals of ESL Proleague Season 9. Along the way they collected some good scalps: ENCE (the iteration with Aleksi “Aleksib” Virolainen), Renegades (before they joined 100 Thieves), NRG (when they still had Damian “daps” Steele), and FaZe.

While those results were good on paper, in the context of G2’s aspirations and G2’s lifespan it wasn’t enough. That particular G2 lineup had lasted for 6 months, which is the typical expiration date for most CS:GO lineups. G2 got to a good level, but there wasn’t an obvious potential candidate for growth. In terms of firepower, Shox hadn’t turned back the hands of time and become the superstar he was back in 2016 or 2014. While kennyS was slowly getting back his form, one potential superstar wasn’t enough for G2 as they wanted to be world champions. Tactically, they were good enough to hang in the top 10, but couldn’t match up against the tactical masterminds of Aleksib, Finn “karrigan” Andersen, or Lukas “gla1ve” Rossander. While kennyS was slowly getting back his form, one potential superstar wasn’t enough for G2 as they wanted to be world champions.

The only path forward in the French scene was to get Mathieu “ZywOo” Herbaut, but he was locked down in Vitality and had no reason to leave as Vitality were the second-best team in the world. With no path forward left in the French scene, G2 made the bold gamble to go international. G2 kicked out Shox and Lucky and recruited Nemanja “nexa” Isakovic and Nemanja “huNter” Kovac. Both players had proved their skill on the CR4ZY lineup. Nexa was a fragging in-game leader and huNter was the best player on a lineup packed with potential up-and-comers.

Negotiations took longer than they hoped as G2 had to play at ESL New York with a stand-in. G2 eventually locked down both nexa and huNter on September 30th. After making the new team, there was little time to sit down and prepare as they had to go through the final run of year-end tournaments from October to December.

The most intriguing thing about G2’s run was that their results seemed all over the place. Most teams have a certain range of opponents they can beat and lose to. For instance, 100 Thieves are unlikely to beat the top 5 contenders right now, but they are unlikely to lose to anyone outside of the top 10.

In G2’s case, their potential range was massive. Their most memorable game was a close 1-2 loss to Astralis at EPL 10 Finals where they could have closed out the second map or the third and stole the series. At StarSeries i-League Season 8 G2 beat Na`Vi 2-1 in the brackets stage. While G2 have a high ceiling, they also have an abyssal floor. Their worst losses come from ATK, Mouz with two stand-ins in the CS Summit 5 Finals, and TyLoo at CAC.

While those results may seem inconsistent, they are a natural result of the makeup of G2’s identity as a squad. 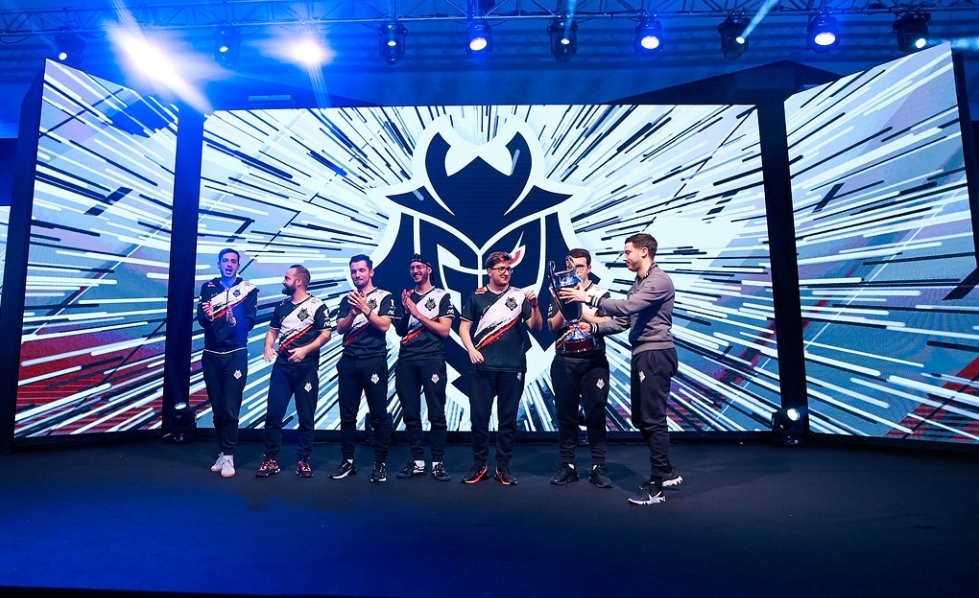 The potential range of opponents that G2 Esports can lose to is alarmingly massive for a top team.

When G2 moved away from the all-French lineup, they also took out one of the core pillars of their identity: French CS. French CS is a vague term, but it generally refers to the ideas and principles that most of the French players adhere to. These ideas and principles come from a large number of influences, but for the purposes of this article, it’s enough to say that the biggest names to have defined French CS in CS:GO history are: Vincent “Happy” Schopenhauer, Shox, Nathan “NBK” Schmitt, and Kevin “Ex6TenZ” Droolans.

It’s hard to dissect and categorize what ideas came from who or when, but it’s enough to know that these principles have largely sunk into the French CS scene at its base level. Every French player who rises up through their scene is either directly or indirectly inoculated with ideas of how to play CS according to the principles of French CS. French players are basically tuned to a similar frequency and this is what creates the framework of their team-play and tactics.

By knocking out this pillar and bringing two international players into the team brings a lot of chaos into the equation. G2 isn’t left completely without direction as the core ideas of still remain in the squad, but it must now synergize and reconstitute itself around the two new international elements. Nexa and huNter have played in mixed international teams and come from scenes where there isn’t a large national CS heritage. Their understanding of the fundamentals is likely different from the G2 players and so this will create a clash. Especially as one of the two international players is now the in-game leader. The trade-off is that the firepower of the squad is far larger than it was before. Nexa and huNter are firepower upgrades over Shox and Lucky.

In effect, G2 have lost out on the teamplay aspect, but have made returns in firepower. This correlates with their current map pool. Their four favored maps are Dust2, Mirage, Vertigo, and Train. Dust2 and Mirage are known as skill-based maps. Vertigo in its current iteration is more focused on gunfights on both sides of the map. Train is the anomaly, but if you look at the individual aspects of the G2 players, it makes sense why they are good on the map. KennyS is a great AWPer so he solidifies the CT-side. JaCkz always had great sense and timing for when to make aggressive pushes on the CT-side as well. HuNter is a similar vein and nexa does his job as the small-site anchor. While the T-side of Train is fairly tactical, you can get away with less teamplay and stick to more set tactics and strategies to grind out the half.

Once G2 wander outside of their comfort zone though, their team-play and fundamentals hurt them a lot more on Nuke, Inferno, and Overpass. 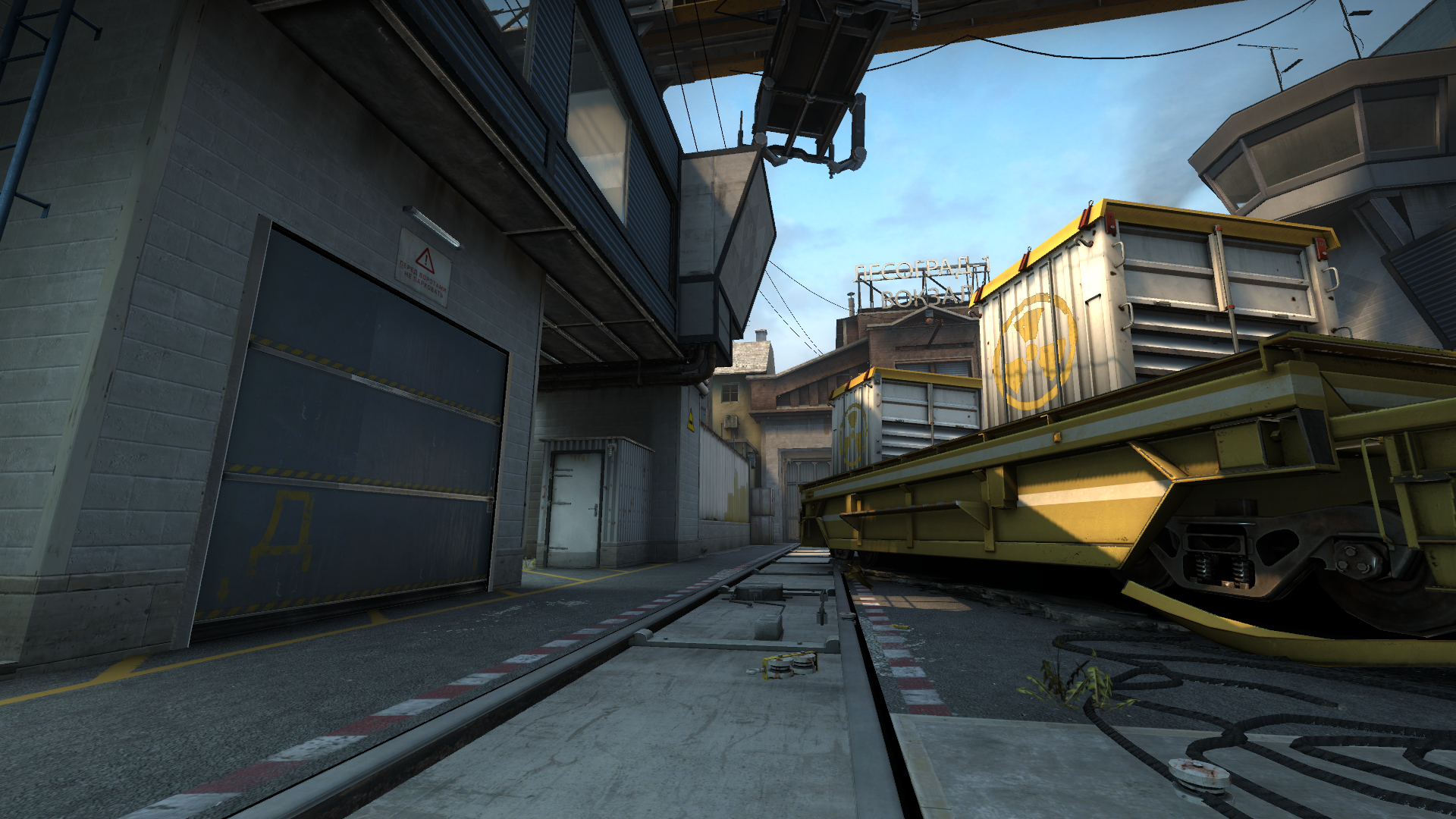 Despite Train being an “anomaly,” the individual aspects of the G2 players explain why they are good on that map.

The fundamentals are the biggest problem that G2 currently faces. Damien “maLeK” Marcel mirrored this sentiment telling HTLV, “In 2020, we will bootcamp and practice a lot to gain some good fundamentals and it will help the team massively, for sure.”

The problem for G2 is that the fundamentals and teamplay can be some of the harder aspects to iron out at the highest level of CS:GO. The original five of Virtus.Pro made a lot of their results off of their fundamentals and team-play. After Wiktor “TaZ” Wojtas left the team, they’ve failed to replicate that team-play with any other group of Polish players. Other notable examples include the Swedes and Danes. The core team-play of Freddy “KRIMZ” Johansson, Jesper “JW” Wecksell, and Robin “flusha” Ronnquist is still breathtaking to watch and one of the reasons why Fnatic is a contender in the modern world.

The other problem is that it’s hard to pin down what fundamentals are in need of addressing, though there are some obvious ones that come to mind from the CS Summit 5 Finals or the ATK series. In the CS Summit 5 Finals, G2 weren’t focused. In the 23rd round, they went 4 players down ivy, but didn’t bother to use their utility to smoke off one of the sides. This let Mouz have a free crossfire and after they lost their first man, the G2 players were hesitant to rush out and trade as their other side wasn’t covered.

On Train, in the tenth round of the ATK series, kennyS got a pick early on and AmanNEk got another down ivy seconds later. G2 were in a 5v3 situation, had plenty of time, and had control of ivy and popdog. They could have gathered their forces and ensured a high percentage hit where they could ensure trades. Instead, they started to split apart. One player went back for the bomb, another went into the B-site, kennyS wandered out yard without backup, the last two went towards the backend of ivy. This created a bunch of exposed positions that let ATK get 1v1s, win them, and eventually win the round.

Rounds like these are a semi-regular occurrence in G2 games and is why fundamentals and team-play are the biggest problems facing G2. While the map pool is a bit too shallow to contend with better teams, they can’t expand it without first addressing these fundamental issues. The other problem with trying to fix these issues is that the fundamentals change depending on the types of players you have.

In G2’s case, they have three great open entry players: kennyS, huNter, and JaCkz. If you adhered to standard fundamentals, it could backfire. For instance, in a 5v4 situation on the Ct-side, standard dictates that the CTs are in the advantage, so you let the enemy come to you. In G2’s case, I’ve seen them often push out with and look for more kills in a power play scenario. While the play is inefficient and gives the other team a chance to win, it is also what gives G2 an advantage against favorites like Astralis or Na`Vi.

It’s a special characteristic of the G2 players and you don’t want to curtail an individual’s unique characteristics. Plays like those can lose games, but those are also the big clutch plays that often mark big title victories. G2 have to navigate how they want to reconcile good fundamentals with this aggressive streaky they have in their players.

When you consider G2 as a whole, it makes sense why they are so volatile. They have strong individual players across the board, so they can give almost any team a run for their money on any given day in terms of firepower. Their best maps are Dust2, Mirage, Vertigo, and Train. Three of the four maps are inherently volatile to begin with. Not even the greatest Dust2 and Mirage teams have used either map as a home map. Vertigo is new to the pool and the way it’s currently played feels like a toss-up. Train is a specialty map, but G2 don’t have the tactics of an old Virtus.Pro or ENCE to make it a reliable go-to against the best teams. However, with this map pool and their firepower, G2 are good enough to upset many of the top 10 teams.

The flipside of that though is they’ve sacrificed core fundamentals and team-play which are hallmarks of most top 10 teams. Without that core fundamental base, G2 can (and have) fallen to teams weaker than them like TyLoo and ATK. As G2 go into 2020, keep an eye on their fundamentals. If they can fix that, then they have a chance to go up in the rankings. If not, they will exist as one of the most dangerous wildcards in the game. Able to upset some of the best teams, but also able to lose to teams below them as well.