The challenger’s stage of the highly anticipated StarLadder Berlin CSGO Major kicked off on August 23, with teams battling it out for a chance to compete at the latter stages and trying to cement themselves in CS:GO history.

As ever, many CS:GO community members have offered up alternative streams to the official broadcast from StarLadder by using the in-game GOTV feature to give their own commentary and analysis. On August 24, a number of high profile CSGO streamers were handed DMCA takedowns on Twitch for streaming the event – prompting backlash aimed at the tournament organizers. 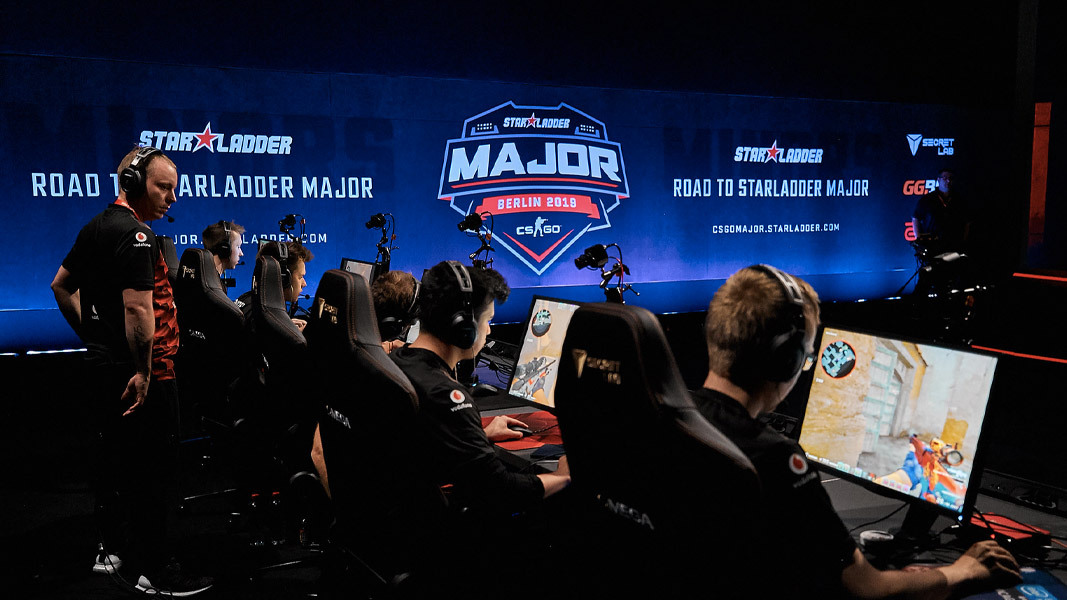 The Challenger’s side has already seen plenty of upsets in the StarLadder Berlin Major.

However, prior to day three of the challenger’s stage getting underway, and plenty of community members gearing up for another day of action, StarLadder addressed the issue with a statement on their website.

They said: “The tournament license for the CS:GO Major grants StarLadder rights to broadcast video content of the tournament. We use those rights to find the sponsorships and media contracts that make the event possible.” 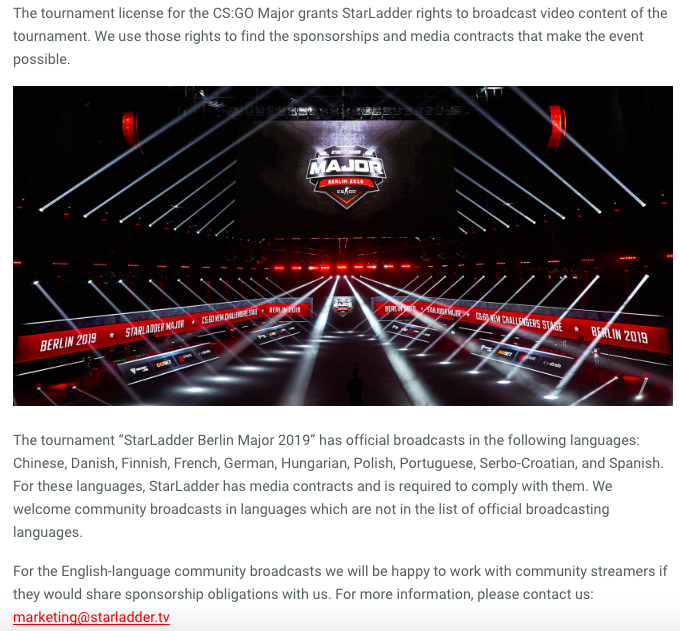 StarLadder’s statement on the drama with CSGO community streams.
600

The majority of streamers who were taken down on August 24 were English-speaking broadcasts, and for these, StarLadder noted that they are “happy to work with community streamers” if they would share sponsorship obligations with the organizers.

Following on from that, StarLadder has also taken down any DMCA claim that have been made against streamers – which will help to get anyone that is banned, unbanned.

They also stated: To avoid misunderstanding in future, please read our statement for Community Streamers,” while again advising anyone who has questions about the whole situation to get in contact with them.

StarLadder has withdrawn all DMCA claims for community streamers on Twitch 8 hours ago. To avoid misunderstanding in future, please read our statement for Community Streamers: https://t.co/cFTzQrHqlb If you have questions, please contact us via [email protected]

While the Kiev-based company is seemingly wanting to make things right, the sponsorship obligations could prove difficult for some streamers, however, as there could be some conflicts with their own sponsors and backers.

Whether or not these issues continue to roll on, remains to be seen, but you can follow all of the latest CSGO Major action with our dedicated event hub.