The Paris Saint-Germain star, who is currently sidelined with a foot injury, has shown off his passion for CS:GO in the past – showing his support for Brazilian pro teams like MIBR and Furia, linking up with those pro teams for games and also celebrating a goal at the World Cup with a ‘Flashbang dance’.

He may have shown off his best clip yet as he posted a 1v5 clutch on Mirage to his Instagram page on February 21. Neymar had been playing alongside fellow soccer pros, including Manchester City’s Gabriel Jesus, and finished off his insane clip a cheeky knife. 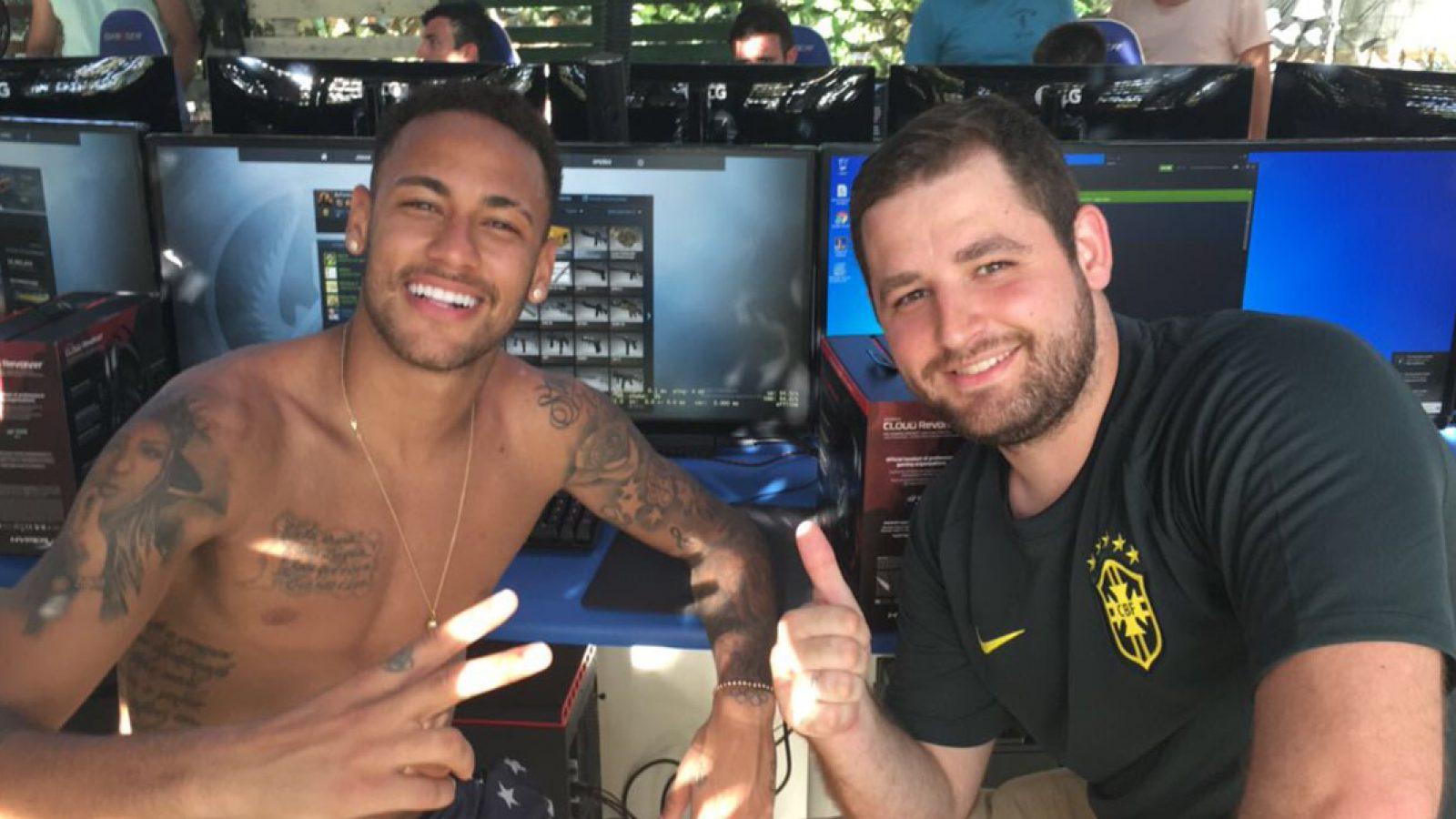 Neymar has linked up with CS pros like Fallen in the past.

Although the clip started out as a 2v5, Neymar’s teammate died very quickly after the PSG star was able to strike through the defenses of the enemy squad with a kill of his own.

The Brazilian then managed to pick off a further three enemies after operating with the AWP in Mid. He was then able to plant the bomb at B before toying with the final enemy and capping his 1v5 ace off with a knife kill as the Counter-Terrorist player attempted a sneaky defuse.

The clip has already racked up over 2.7 million views, with Brazilian CS:GO pros like MIBR’s Epitácio ‘TACO’ de Melo and INTZ’s Vito ‘kNgV-’ Giuseppe commenting with their support.

Neymar may not want to swap the soccer pitch for the virtual battlefield of competitive CS:GO anytime soon, but his array of highlight clips show that he might just be able to.