The second, and final, CS:GO Major event of 2019 is rapidly drawing to a close as teams battle for supremacy at the StarLadder Berlin Major.

Fans have already seen numerous shocks, including the stunning eliminations of ENCE and Team Vitality in the quarterfinals but some huge names didn’t even make it to the arena stage. One such team is FaZe Clan, who were knocked out at the New Legends stage with a 1-3 record. In the fallout, the all-star European line-up is shaking things up in a big way. 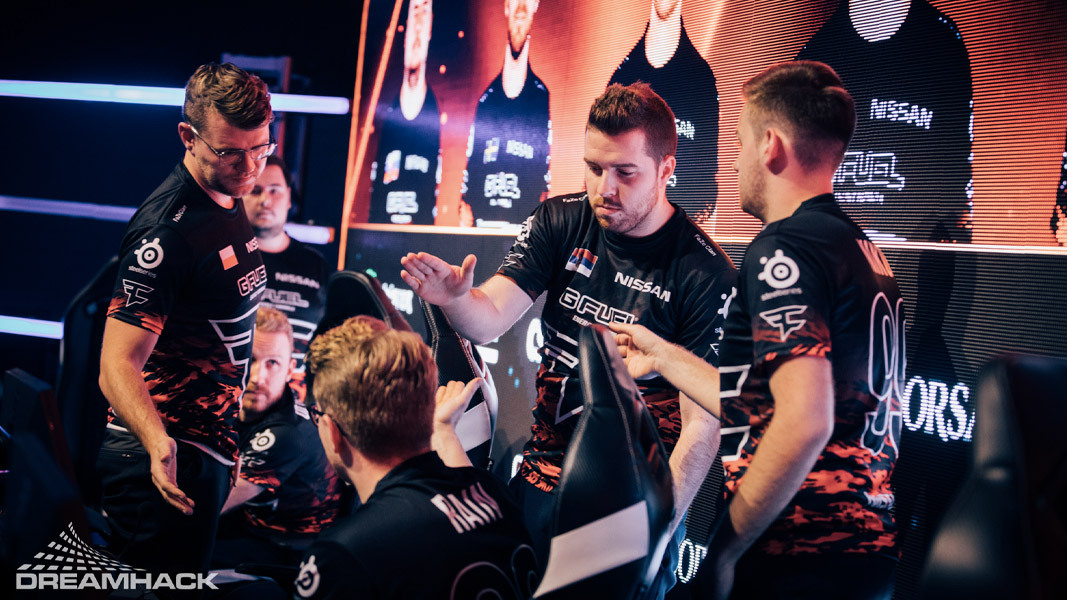 The current FaZe Clan CSGO roster has been together since May.

Eagle-eyed members of the CSGO community, including the popular Don Haci, noted that following their exit, FaZe Clan had been practicing against Ninjas in Pyjamas without Ladislav ‘GuardiaN’ Kovács and Filip ‘NEO’ Kubski.

Nikola ‘NiKo’ Kovac, Håvard ‘Rain’ Nygaard, and Olof ‘Olofmeister’ Kajbjer made up part of the FaZe side but were apparently joined with 19-year-old rising star Helvijs ‘broky’ Saukants and another pro going under the alias of ‘dickb0mb’.

FaZe practicing with @brokycs (who is a fucking beast) and “dickb0mb”

The organization had reportedly been set for talks with legendary Brazillian pro Marcelo ‘Coldzera’ David and ENCE in-game leader Aleksi ‘Aleksib’ Virolainen, but some onlookers pointed out that the unusual name could belong to someone else.

That fifth pro could very well be NiKo’s cousin and current CR4ZY star Nemanja ‘huNter-’ Kovač – who has been linked with joining FaZe in the past – and is a part of a steam group under the ‘Dickb0mb’ name.

Found this gem, he is in hunter’s group which could mean it’s his alt/ smurf acc and also he has CR4ZY manager added. Spicy pic.twitter.com/sEhEDHgIpk

Yet, others noted that the unusual name may be linked to Serbian player ‘djokabomba’ who is a friend of FaZe coach Janko ‘YNK’ Paunovic and has played in a number of online qualifiers in his home region.

It still remains to be seen as to what moves FaZe will make in the post-Major shuffle, but it appears clear that they are already lining up some fresh blood.

The StarLadder Berlin Major concludes on Sunday, September 8, and plenty of teams will be circling for new rosters once a winner is crowned and the resulting confetti is cleaned up.