After their 2-0 upset over ENCE, Joakim ‘jkaem’ Myrbostad and coach Aleksandar ‘kassad’ Trifunović of Renegades spoke to Dexerto about their keys to victory and what they’re looking forward to at the rest of the StarLadder Berlin CSGO major.

Yeah the boys. The unofficial motto for the Australian sensations is back as the unofficial darlings of the Counter-Strike: Global Offensive world busted brackets with their quarterfinals upset over ENCE. Following the AVANGAR upset over Team Vitality, Renegades are in prime position to make a grand finals appearance in their second straight major playoffs.

Following their win over ENCE, jkaem and coach kassad spoke to the Dexerto crew about their victory, and they had plenty of complimentary things to say about each other.

:speaking_head_in_silhouette: @jkaemGO of @Renegades on whether ENCE’s roster issues gave them an advantage, and what it means to make the semi-finals of the #BerlinMajor.

“He’s a really good coach,” jkaem said of kassad. “He has a lot of CS knowledge. So when he looks at ENCE, for example, and we do preparation, we know what to expect in which rounds. He has a really big brain, one of the smartest I’ve ever worked with.”

When speaking to Dexerto, kassad had nothing but praise in return for jkaem. When asked about jkaem’s return to form, his coach said it was because he started enjoying the game again like he was in 2015, at his natural entry role.

After eliminating ENCE, @Renegades coach @kassadCSGO talks about a potential final with @astralisgg at the #BerlinMajor

Once viewed as a breakout star with Copenhagen Wolves and G2 Esports, jkaem’s quality of play drastically declined after joining FaZe Clan years ago. He spoke publicly about his fight with depression while with Dignitas, and a few months later, he joined Renegades. 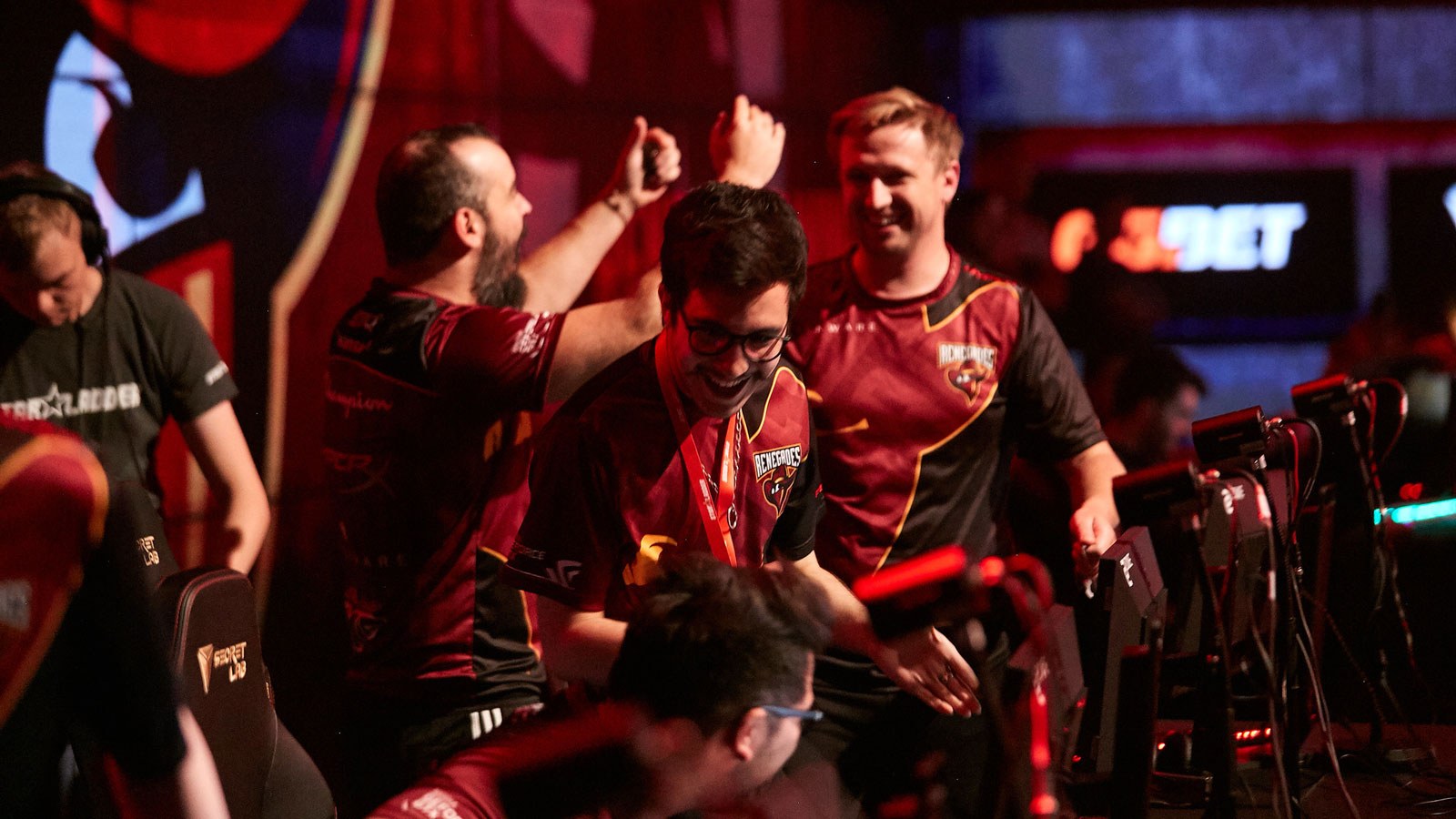 Renegades celebrate after going from 0-2 to a playoff berth

After adding some young talent in Jay ‘Liazz’ Tregillgas and Sean ‘Gratisfaction’ Kaiwai, and adding coach kassad, the boys started stringing together good results, including now two straight Champions stage appearances. And jkaem has been playing his best Counter-Strike in years.

Kassad shared his hope of meeting Astralis in the grand finals, and the coach made it clear the boys would step up when asked how he expects that matchup to go:

Renegades will have a day off as they watch the rest of the quarterfinals, but shouldn’t look ahead to the grand finals while they still have AVANGAR to face in the semis.