The latest CSGO update has seen Vertigo undergo a number of changes, from removing forklifts and doors, to adding new pathways and lights. One small addition seems to have even made using smokes and flashbangs on the map a whole lot easier.

Valve first added Vertigo to Counter-Strike in March of this year, and the map divided pro player’s opinions after it bumped fan-favorite battleground Cache out of the active roster.

Now the highrise arena has undergone some new adjustments with changes to passageways and the environment around the A bombsite, including the removal of the forklift at the bottom of the area’s ramp, and an exit to lower scaffolding.

Interestingly, players soon discovered that the developers had also added something else — a series of small orange targets painted on the floors, roofs, and walls around the map.

These added targets have all been placed in spots where players would previously use their smoke grenades, and seem to have been implemented to provide new and learning players a way to see where they have to throw their vital smokes and other projectiles.

While some dedicated CSGO fans were annoyed that the developers were “streamlining” mechanics and taking away a ‘skill-check’ that many had taken months to learn on the new map, others believed it would be a benefit overall.

“Memorizing smokes has always felt really annoying and arbitrary for me and I wouldn’t mind if Valve added more markers for common smokes,” bassistgorilla said on Reddit.

“Yeah memorizing smokes takes time and dedication, but anybody can memorize a bunch of complicated “stand here aim at this, run and then throw”. The actual skill comes in when recognizing when to use the smokes, which smokes, when to buy the smoke, and so on.”

Comment from discussion CSGO devs literally put in dots for a boost smoke for the new vertigo.

As well as the map changes to Vertigo, the latest patch also saw minor bug fixes on Dust II and Nuke, while the latter also had an invisible collision space between ramp and toxic on the B bombsite removed.

Minor miscellaneous changes were also implemented, including blocking new users from entering any playlist that isn’t Casual until they reach Private Rank 2, and a fix for the experience progress bar not filling to the end when players reached a new rank. 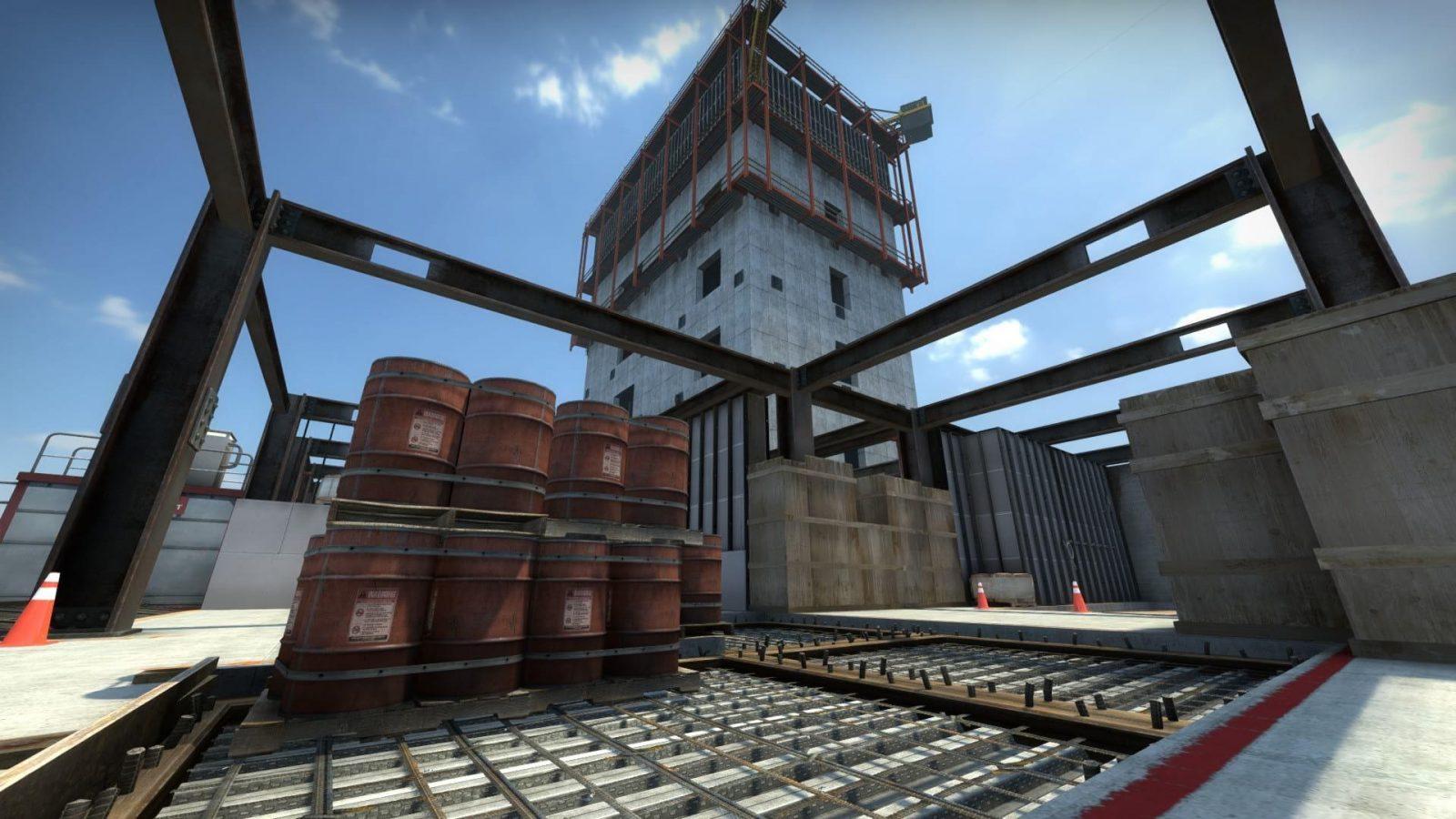 Finally, Valve implemented a back-end program to improve shutdown sequences for the servers, to be used whenever they’re rolling over updates.

The full patch notes for the October 9 update can be found below.

–Removed forklift at bottom of lower A ramp

–Closed gap in wooden fence by A site crane

–Added new side-path from scaffolding to A site

–Moved drywall stack in exit from elevator room to A site

–Widened tall cover on A site

–Widened entrance to B site from CT spawn

–Added blockers to ends of outer walkway around B site

–Blocked gap in sandbags on lower A ramp

– As an onboarding experiment, some new users will be restricted to Casual and/or Deathmatch until they reach Private Rank 2.

– Fixed the XP progress bar not filling to the end when ranking up.

– Improved shutdown sequence of official servers when rolling over to the latest version.