Following the conclusion of BLAST Premier Showdowns in both Europe and North America, we have our 12 finalists. Here’s everything you need to know so you don’t miss a beat of the action.

The BLAST Premier Spring Finals are scheduled to take place between June 15-21. Eight teams from Europe and four teams from North America will each compete in their respective regions for the lion’s share of the prize money.

With $335,000 and $160,000 up for grabs to the European and American winners respectively, there is plenty to play for on both sides of the pond. Here’s the low-down on BLAST’s season closer.

Astralis were the Global Final victors after seeing off Team Liquid in the Grand Final.

The format for both regional playoffs are as straightforward as it gets. Each match will be a best-of-three series, meaning that the first team to two maps will progress to the next stage. Both European and American brackets are double-elimination, meaning that each team gets one life. If teams lose in the Lower Bracket, you’ll be sent packing.

Here’s a breakdown of both European and American Tournament Circuit Points and prize pool that’s up for grabs depending on where teams finish. 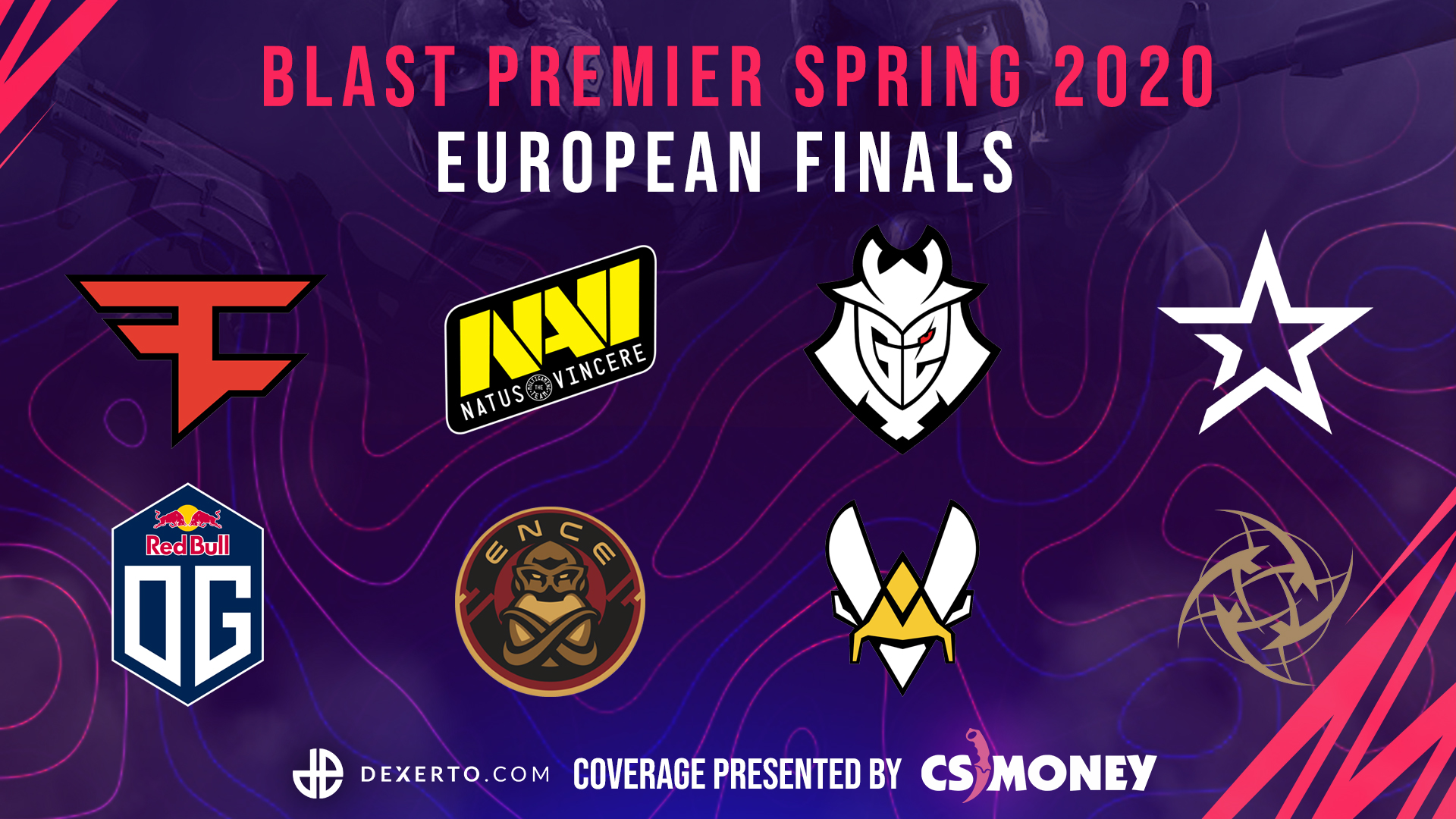 Three teams claimed their spot via the European Showdown, after failing to make it from the Regular Season. Team Vitality, ENCE and either Ninjas in Pyjamas/MAD Lions all made it after scrapping in the Showdown playoffs.

The five remaining teams all qualified via the Regular Season, after Europe dominated all three groups. FaZe Clan, Natus Vincere and G2 Esports each won their respective groups, while Complexitywere swept aside by Navi (losing 0-2) and OG Esports fell short to G2 (losing 1-2).

Three teams qualified for the Spring Finals via the American Showdown, with Brazil dominating the headlines as both MIBR and Furia finished in joint pole position.

Evil Geniuses claimed the third and final qualification spot after edging out Gen.G in the play-in match. Meanwhile, Team Liquid have been waiting in the wings after qualifying from Group A during the Regular Season.