Counter-Strike: Global Offensive pro Nicolai ‘dev1ce’ Reedtz has explained how the Krieg meta is hurting AWPing and his play-style amid the ongoing debate about the powerful weapon.

The SG553, also known as the Krieg, has been a hot topic in the CS:GO scene lately, with many top pro players such as Richard ‘shox’ Papillon and Gabriel ‘FalleN’ Toledo calling for the gun to be nerfed.

On October 24, Astralis star dev1ce gave his thoughts on the matter, claiming that the rise of the Krieg has had a negative effect on AWPing in general, as well as his own gameplay.

The Krieg has become a hot topic in CSGO.
[ad name=”article2″]

“Tough night for me personally, struggling to AWP against the Krieg. Not even sure if it’s worth buying the AWP anymore” said dev1ce on Instagram following a win over BIG Clan.

Meanwhile, his teammate Peter ‘dupreeh’ Rasmussen showed some support, stating on twitter that “the Krieg meta is getting out of hand” before putting up a poll, asking his fans what they think is worse, the Krieg or the AUG meta. 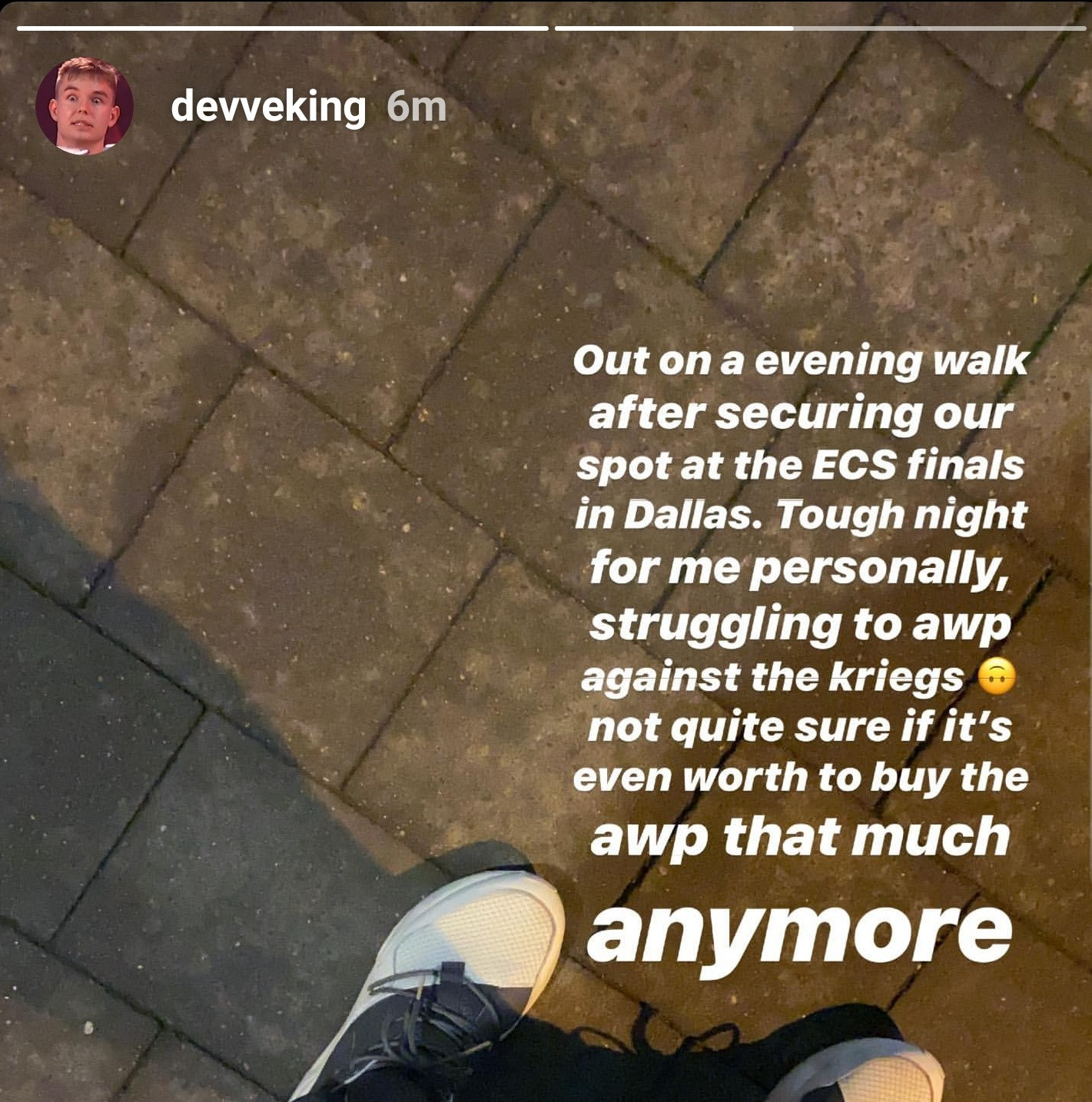 Device is not too impressed with the Krieg.
600

The Krieg-meta however, is really getting out of hands. @CSGO

A growing amount of players seem to be concerned with the SG553 as the gun is a relatively cheap alternative to the AK-47, which excels at both short and can even challenge AWPers at long-range thanks to its scope.