Since 2013, KanColle has captivated fans around the world with it’s in-depth, fleet-building strategic gameplay, as well as its fun character designs for its many “ship girls.”

However, the game has transformed into much more than that since it launched, now boasting everything from a manga, anime, tabletop role-playing game, animated films and even a Playstation Vita title to boot.

Shimakaze has been a fan-favorite of the KanColle series for a long time.

Needless to say, the franchise’s reach has touched almost every form of entertainment there is, and talented cosplayers have been there every step of the way to bring the adorable characters to life.

While there’s a fantastic line of KanColle designs to admire, none hit their mark so well as Kurumi Purarine’s take on the franchise’s jumpy Destroyer-class Shimakaze.

She wears a Japanese school girl’s outfit with a bunny ear headband along with her thigh-high stockings, as well as the iconic gray shoes with heel-rudders. 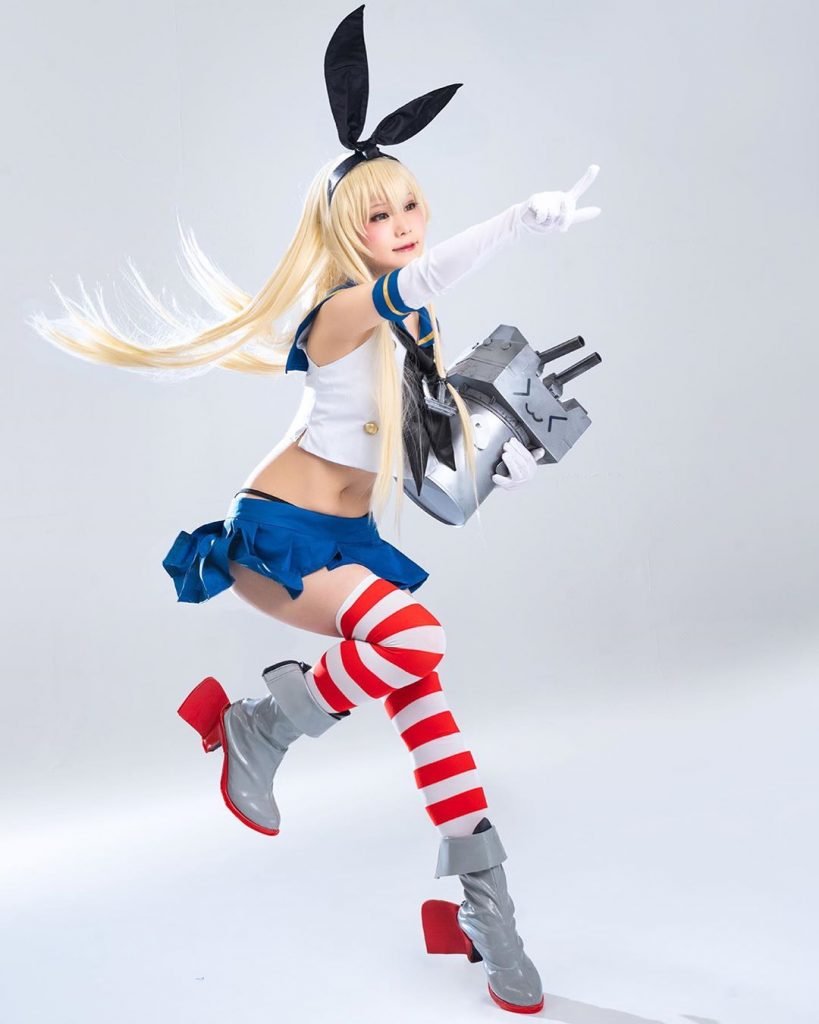 Though the actual design looks straightforward enough, Kurumi Purarine’s take is all about the personality.

To complete the cosplay, Kurumi Purarine even has an adorable “Rensouhou-chan,” one of Shimakaze’s three familiars, in the form of her three naval gun turrets.

The cosplayer absolutely nails Shimakaze’s boisterous demeanor and eccentric thrill for combat in the high seas.

Kurumi Purarine’s take on Shimakaze has fans flocking to admire her spot-on cosplay for the popular KanColle unit, with thousands of Instagram likes on every post for the design.

While KanColle might have slipped under the radar for a ton of anime enthusiasts, there’s plenty more content to soak in if you’re looking to jump into the franchise.

The allure of the web browser game had, at one point, reached three million players in 2015; but if the game isn’t up to your speed, there’s a ton of novels and manga spin-offs that tell various stories in the KanColle saga.

Kurumi Purarine is an incredibly talented cosplayer and her full set of skills easily made for one of the most exciting takes to Shimakaze that’s come out so far.