Adam Fitch: Analyzing the esports winners at The Game Awards 2020

The Game Awards is an annual awards show, celebration, and launchpad for the entirety of the gaming industry — an entertainment sector that is larger than the common person may realise. With celebrities in attendance, new games being announced, and everything in between, it’s fair to say that the night is a big deal.

Now, esports is a niche of gaming. As a result, naturally, it’s smaller. In fact, in most cases, esports is simply just a marketing activity for many games developers. Valve don’t have any meaningful input with CS:GO beyond the two annual Majors, for example, whereas Riot Games have gone all-in on esports as a means of promoting League of Legends and ensuring it stays in the conversation year-round.

At this year’s iteration of The Game Awards, esports decently represented in terms of the categories it was involved in; five of almost-30 awards that were handed out on November 10 — albeit virtually — were focused on competitive gaming.

So, as we tend to do in esports, it’s time to reflect on how we’re being represented and received by those outside of our ever-growing industry. Were the right winners chosen? Let’s take a look.

The Game Awards still went ahead this year, only virtually.

Also, if you want to see the entire list of categories and subsequent winners from this year’s awards, you can find them here.

It’s hard to argue against League of Legends in this category, truthfully. Not only is it the biggest esport in terms of viewership, but it also has the most comprehensive global structure and a player count that’s always impressive. Almost everything is in place for the MOBA to thrive. Specifically in 2020, I feel there was a somewhat unfair advantage in Riot’s corner.

With events and travel restricted on a global basis for much of the year, only one of the major tentpole events was carried out in-person: the League of Legends World Championship. Not only is the event an absolute behemoth in any normal circumstance, it stood out from the crowd more than ever due to the circumstances. However, this is down to Riot’s determination and immense planning to make it happen so they can’t be discredited on that front. They took a chance and it paid off tenfold.

Valorant is too new, having only just had its first set of major events in First Strike, Modern Warfare wasn’t one of the good Call of Duty instalments by any means, CS:GO is facing plenty of obstacles and has been for a little while, and Fortnite hasn’t done anything particularly noteworthy in 2020. This is a deserved win for League of Legends esports.

Brush off your controllers & stretch those fingers, the Best Esports Player is Showmaker!! 🏆 #TheGameAwards pic.twitter.com/b7etVtWBMh

I’m not going to pretend as if I’m entirely neutral here, I’m an FPS man at heart. Nonetheless, it’s undeniable that both Showmaker and Canyon had a great 2020 — finishing the calendar year off nicely with a win at LoL Worlds as teammates in DAMWON Gaming. However, as rife with MVP picks at tournaments, we tend to (often-wrongly) believe that a player who won the tournament has to be up for the honour. I don’t think that should always the case. They both placed fifth in the LCK Spring regular season and fourth in the Spring playoffs before going on to LCK Summer and Worlds. That has to be taken into account, by my money.

Neither Shotzzy or Crimsix of the Dallas Empire went on a dominant run throughout the entirety of the inaugural Call of Duty League season, to be fair, and ZywOo continued to prove himself as a contender for the title of ‘Best player in CS:GO’ despite having a string of underwhelming event results himself with Team Vitality. I think this is a hard category to call, you’d have to compare the impact of the players to truly judge them against each other, and we only see what happens in-game.

I would choose Crimsix, the player with the most event wins in Call of Duty history, because he proved on multiple occasions that he isn’t slowing down — all whilst mentoring two less-experienced players. After being a large part of dynasties with both Complexity Gaming and OpTic Gaming, he’s on the way to affirming that he has what it takes to forge a third.

Dallas Empire don’t deserve the award, G2 Esports dominated in Europe but fell short internationally, San Francisco Shock won when it mattered but didn’t dominate as much as they could have, and DAMWON Gaming started off rough but got going as 2020 progressed. Team Secret went on an unreal run in Dota 2, claiming eight consecutive trophies over the course of four months, and they’re my pick because of just how convincing they were for such a large portion of the calendar. I know G2 are lovable and full to the brim of personality whether they win or lose, but it’s not all about that. Nonetheless, they provide European League of Legends fans with hope, this likely worked in their favour and I understand it.

We've got a whole lotta Esports wins here on #TheGameAwards! Congratulations to everyone! 🎉 pic.twitter.com/rbtiIoNdR7

As I mentioned earlier, Riot Games’ risk paid off with the bubble for Worlds. They even managed to have a crowd for the grand finals and this is an aspect of live events that cannot be understated. BLAST have done a great job introducing new features while teams were playing online this year, but I simply don’t see how any of the events can compare to the grand finale of League of Legends esports’ 2020 season. It’s always a spectacle, but it really got a boost from being one of the rare offline events since restrictions were placed.

Last but not least by any means is Best Esports Host. This role is pivotable in any broadcast — somewhat managing the flow of the event, building up storylines to make matches even better, and setting up their analyst colleagues. All five of the finalists here are great and most of them should have been in with a shout to receive the trophy, but I think The Game Awards made the right choice.

Being able to competently host events in four different languages, always managing to put on a good show, and even proving herself once again in CS:GO at the top of the year, Sjokz is the full package when it comes to hosting. Machine, Goldenboy, Dash, and Sheever have all done commendable work throughout 2020, that’s for sure, but I cannot argue with this particular choice by any means. 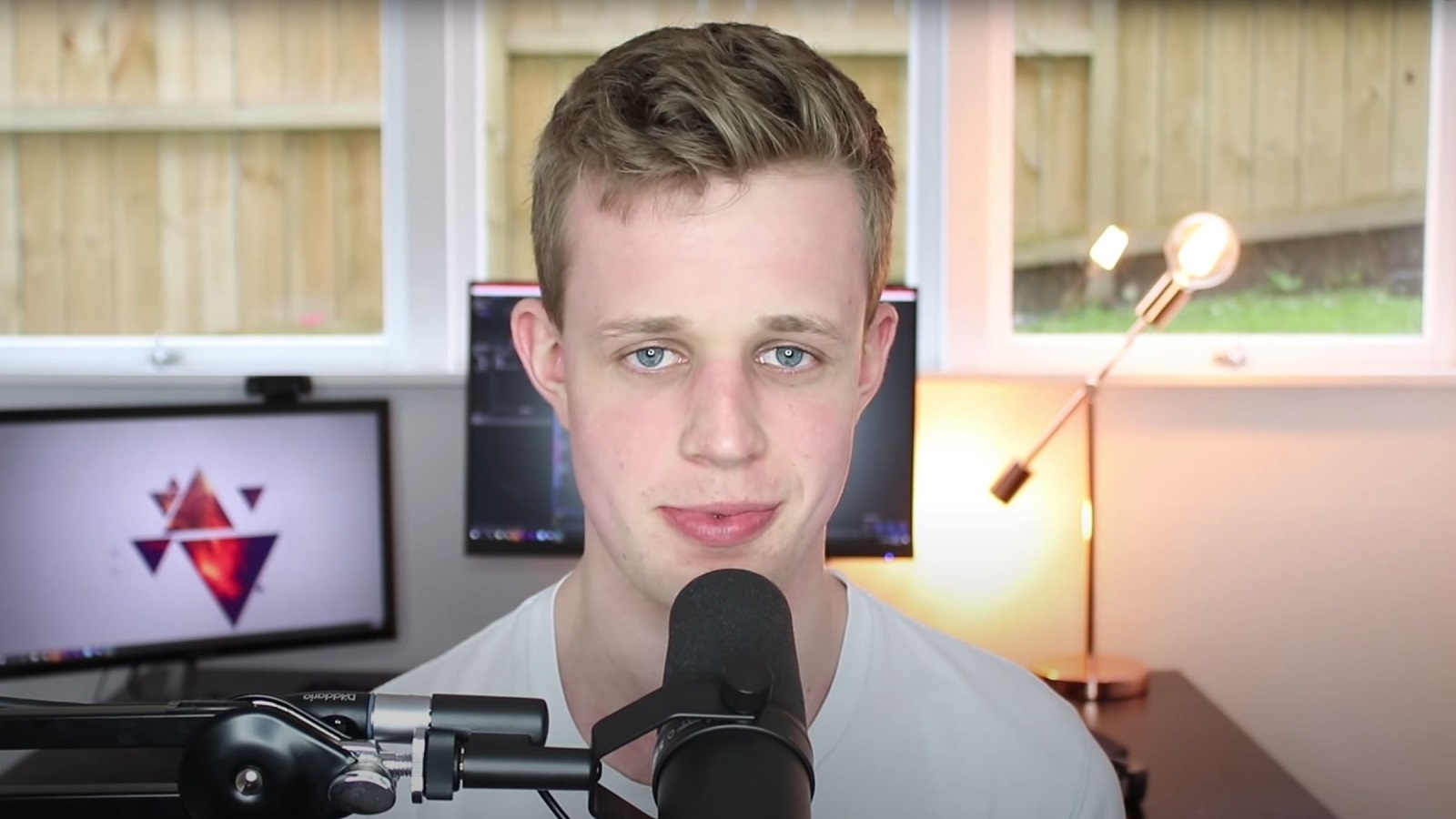 Following litigation over Fortnite’s app store removals by Apple and Google in the United States of America, Epic Games have officially mounted lawsuits against both tech companies in the United Kingdom, as well.

In August 2020, Epic Games added their own payment process to Fortnite’s mobile offerings so that Apple and Google’s cellphone and tablet users could purchase in-game items at a discounted price. This discount was specifically enabled by the new process, which bypassed each company’s transaction fees.

Unsurprisingly, as the payment method was in direct violation of both the App Store and Play Store’s Terms of Services, each company subsequently removed Fornite from their offerings. And, expecting this, Epic Games responded by launching lawsuits against the companies in the U.S. and Australia.

Now, the makers behind the world’s most popular third-person battle royale have tripled down and mounted legal action against both tech giants in the U.K. Citing violations of competition laws, Epic Games’ legal case in the U.K. is very similar to the ones already made in other countries. And, immediately contested, Apple and Google’s responses have proved similar, as well.

As discussed by BBC News, Epic have officially submitted documents to the Competition Appeal Tribunal in the UK. The allegations suggest a monopolistic abuse of power by each company that centers around competitive restrictions to app store and payment processing options, as well as unfair payment fees.

Typically, those fees come at about 30 percent of all purchases, although exact figures differ depending on company and app. Fortnite is obviously one of the biggest games in the entire world, so almost one-third of their sales on mobile means hefty earnings.

But, like their other lawsuits, Epic allege that this is about more than their own profits. The company demands that Apple and Google begin allowing software developers to institute their own payment-processing systems and options to be downloaded outside of the App and Play stores.

Fortnite has always delighted its fanbase with purchasable cosmetics.

So far, Apple and Google have both replied similarly in the U.K. situation, claiming that they are open to reintroducing Fortnite to their mobile stores but that they deny any violation of competitiveness.

Dexerto will continue to monitor the legal cases in each country, providing updates whenever these prolonged legal disputes begin reaching their conclusions.