Occasionally inventions come along which make you stop and wonder just what on earth the creators were thinking. In the latest video to hit her channel, Supercar Blondie tests an invention that will make you do just that.

There are some things in life that we would all love to see automated. Menial tasks such as cleaning, ironing, or watering the lawn are probably sat somewhere near the top of that list, but there aren’t many people who complain about their car cover not being automated.

It seems perhaps the company that made this ‘automated car cover’ may have made a product that no one was actually asking for in the first place.

Not quite what we’d hoped for…

Retrieving the device from the McLarens frunk, the YouTuber shows off a strange UFO-shaped object with a solar panel on top. Offering no explanation as to what the device is, she places the device atop the roof of the car and stands back in anticipation of what comes next.

Upon activation, the entire top half of the device lifts up to allow the in-built car cover to expand from its storage space, with the aim of cloaking the car in its weatherproof cover automatically. Should it have worked correctly, this would’ve actually been really impressive. Unfortunately (and predictably) it failed miserably

The car cover deployed automatically (after putting up a bit of a fight) via the remote as per its design, but it turns out that it is actually way too small to fit the McLaren. Clearly measurements weren’t taken prior to ordering! 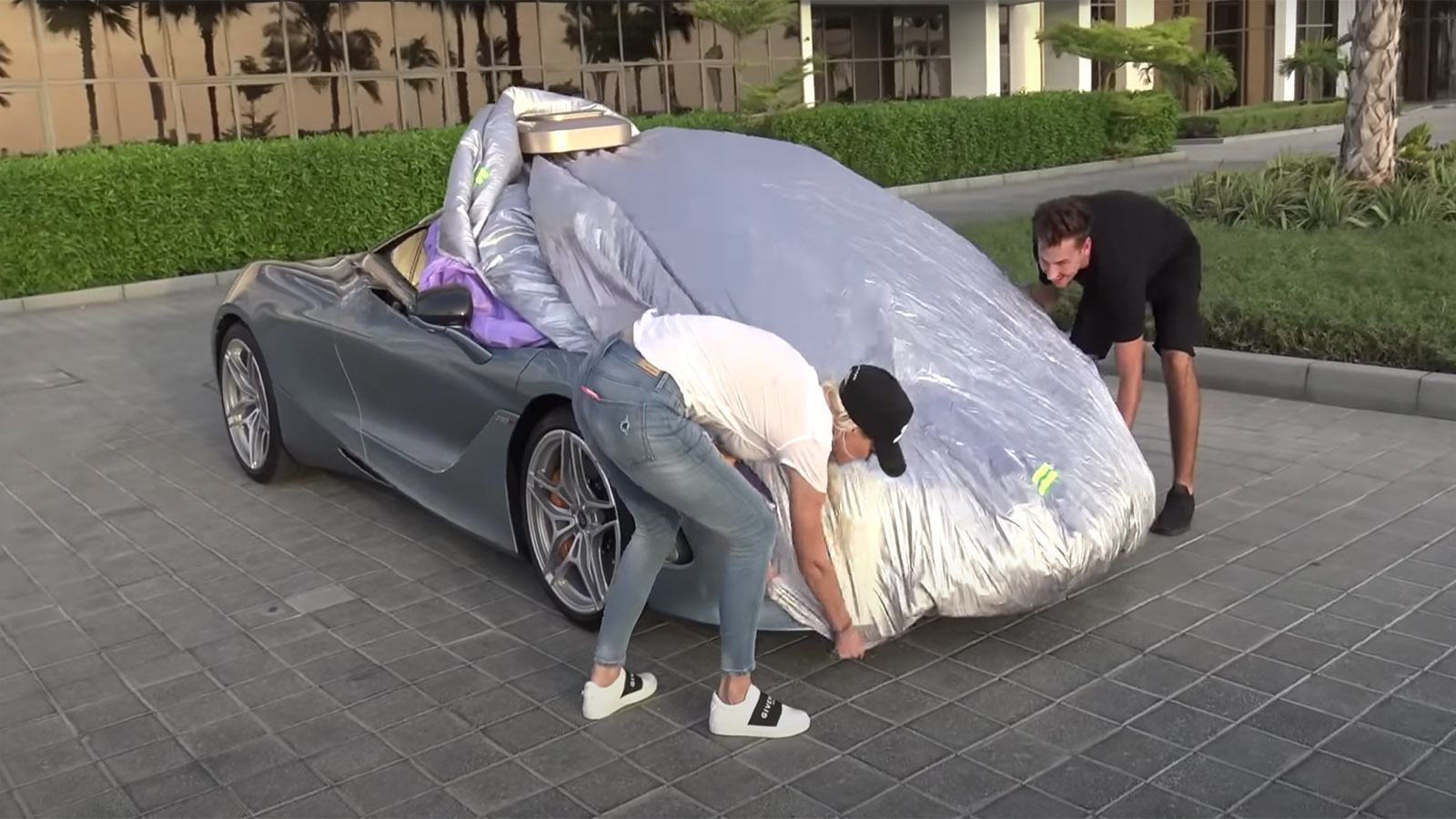 You do get a bag of random goodies though

To its credit, the car cover did retract back into the strange UFO-like case as it was meant to. That then leaves the big question here.. just why would you spend $200 on this?

As well as the somewhat pointless automatic car cover, she also received a bag of goodies to go with the device. These included a set of mini jump leads that didn’t actually connect to anything, some badly-translated instructions, and a rudimentary bike lock-style anti-theft device.