Culminating in a week of high-octane virtual racing, the Le Mans Esport Series 2020 promises intense battles across a multitude of motorsport genres with teams competing for a share of the $150,000 prize fund.

Following on from the incredible success of the 24 Hours of Le Mans Virtual in June of this year and the excitement of 2019’s final won by Veloce Esports, the Le Mans Esport Series 2020 pits both pro and pro-am drivers against each other in a high-pressure test of skill, determination and resolve.

With the real-world Le Mans race being held behind closed doors this year due to unforeseen circumstances; The Le Mans Esport Series gives all motorsport lovers with an internet connection a chance to enjoy high-stakes, fast-paced racing drama from the comfort of their own home.

Run by Motorsport Games, the FIA World Endurance Championship, and the ACO; The Le Mans Esports Series aims to bring esports to the masses to support, rather than replace, the real-world Le Mans race. 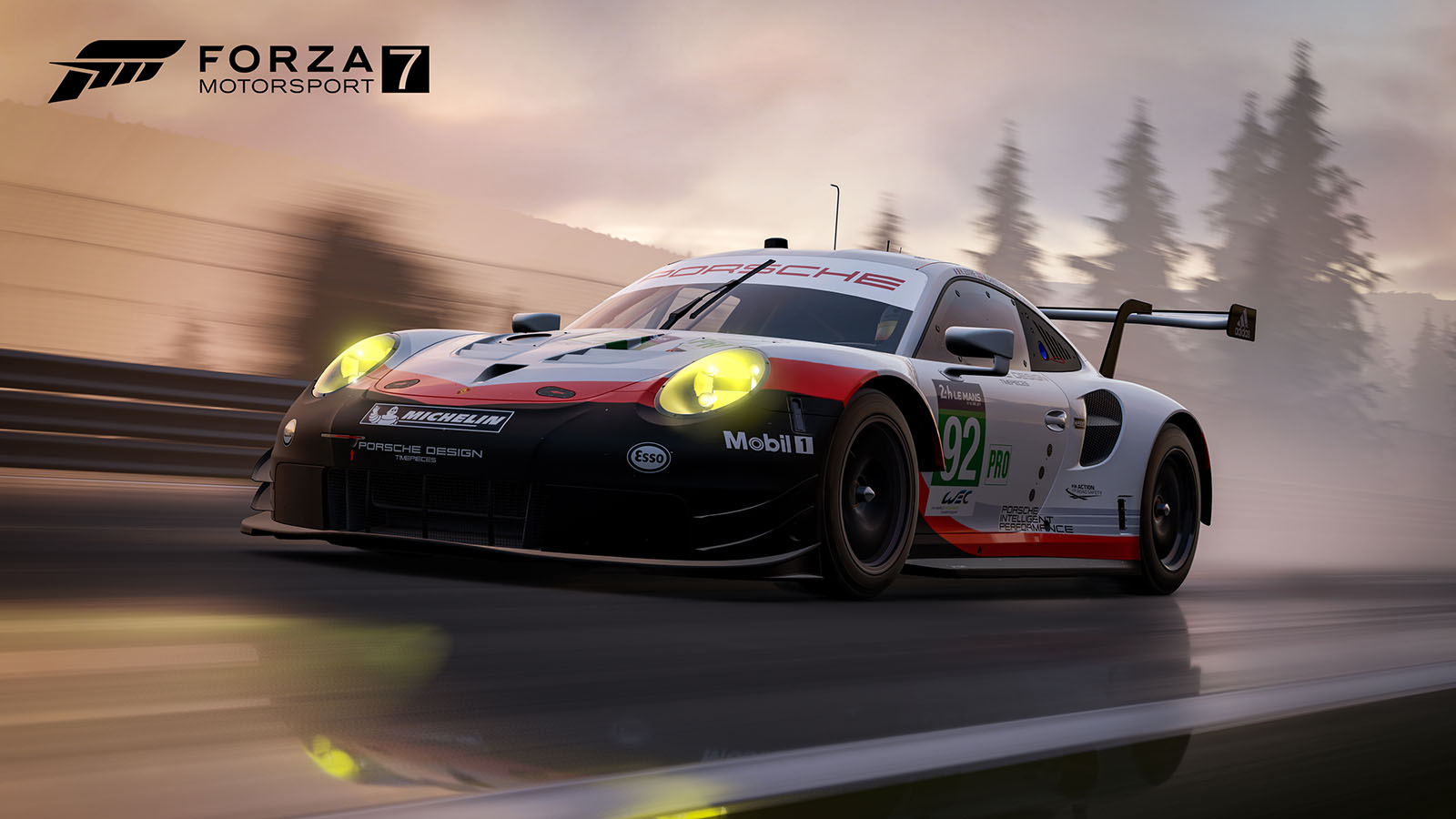 “Anyone who witnessed the 24 Hours of Le Mans Virtual in June will know that great e-racing can take place anywhere in the world and that the world’s best sim racers can produce exciting and captivating racing no matter where they are.” Says Gérard Neveu, CEO of the FIA WEC and Le Mans Esports Series.

“Of course, we wish that we could all be together at Le Mans this June, but this is an extraordinary year and we will look forward instead to seeing everyone involved in the Le Mans Esports Series on-site for Season 3’s finale in June 2021.”

Where to watch the Le Mans Esport Series 2020 Finals?

The Le Mans Esport Series 2020 finals week will be played on the Forza Motorsport 7 platform, and broadcast live on Motosport.tv along with the official Le Mans Esports  Twitch, Facebook, and YouTube channels. The Twitch stream is linked above for convenience. 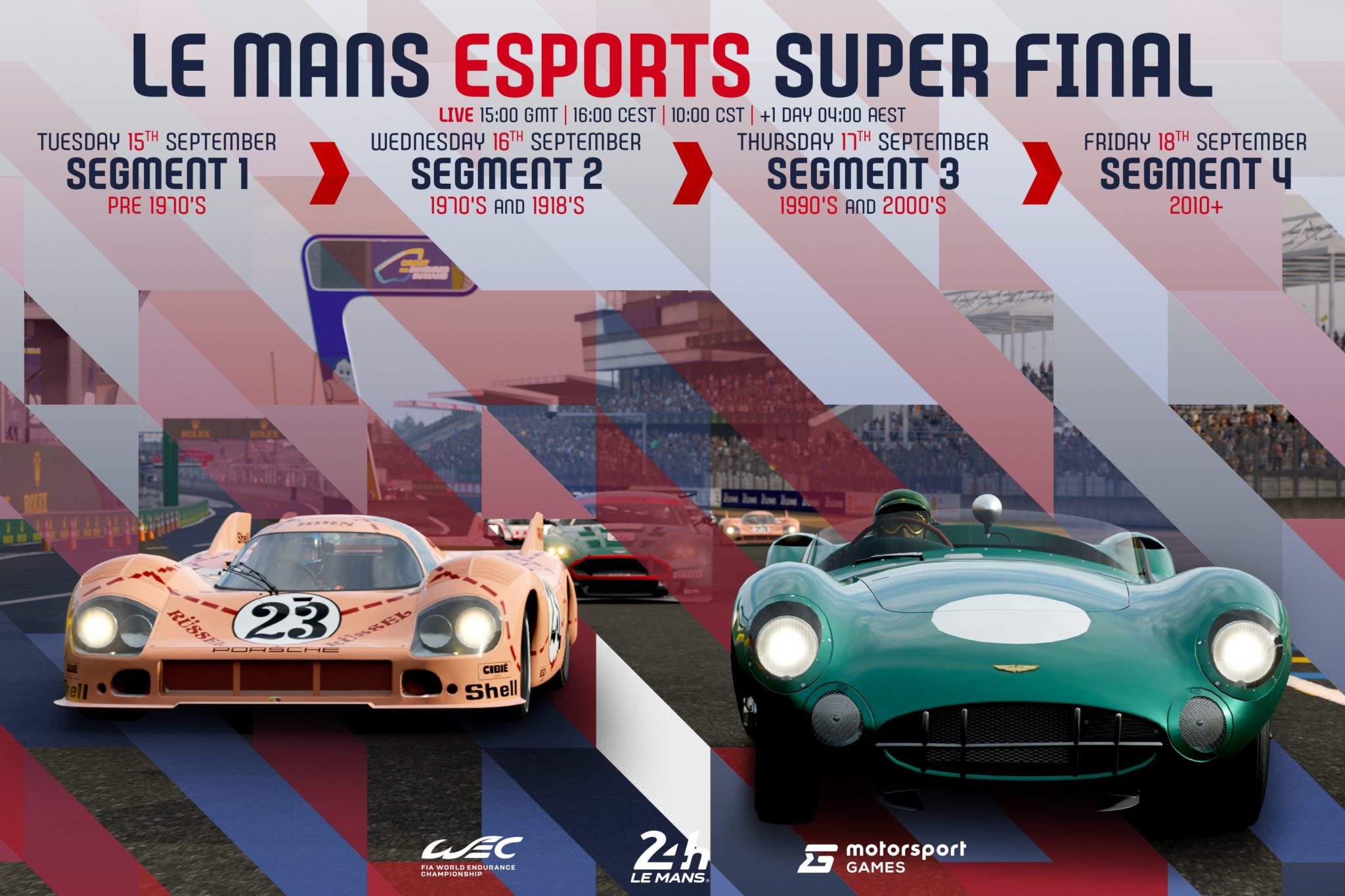 Seven professional teams consisting of Red Bull Racing Esports, Lazarus Racing, Total Performance Racing, Fast Racers Forza, Solar Vision Racing, RYZE Motorsport, and Williams Esports have all earned themselves a place in the final line up. They will be also be joined by current reigning champions Veloce Esports, along with Wolves of Dawn – a team formed from top esports drivers that did not make the final.

The Pro-Am competing teams will be created of randomly drafted players who qualified at events or through the Rivals system in Forza Motorsport 7.

What is the format for the Le Mans Esport Series Finals?

The Le Mans Esport Series 2020 finals take place across a full week during the build-up to the real-world Le Mans event. Races run from Tuesday 15th to Friday 18th of September, with races held across four nights.

Each event night will showcase four hours of exhilarating racing, taking the form of two one-hour sprint races and a final two-hour endurance race. Each night the two teams with the lowest score, in both Pro and Pro-Am categories will be eliminated until Friday 18th, where the remaining top three teams will battle it out for the prize money.

In order to keep things fresh, each night will have a certain theme, with teams racing in pre-determined cars that fit the theme. The full list of themes and dates can be found below: