When and how to purchase team passes for $250,000 CWL Vegas Open tournament - Dexerto
Call of Duty

When and how to purchase team passes for $250,000 CWL Vegas Open tournament

There’s not long left until team passes go on sale for the upcoming CWL Vegas tournament – the first major event of the Call of Duty: Black Ops 4 competitive season.

Team passes for the event will go live on Friday, October 26 at 9 AM PT / 12 PM ET / 5 PM BST and can be purchased via the event’s page on the MLG website.

Players who own a team pass gain 3-Day entry to the event, as well as guaranteed entry into the Open Bracket of the tournament.

The button to purchase team passes is currently visible on the event page, but will not be enabled until the sale goes live on the 26th.

Teams that are looking to purchase a pass will likely have to try to do so right as the sale goes live, since quantities are limited and usually run out quickly.

In fact, several of the events during the previous WWII season had team passes sell out within minutes, and it’s very likely that the demand for passes for this event will be just as high, if not higher.

While MLG eventually restocked on team passes and held additional sales, it’s not clear whether that will be the case this year, so players will need to be on their toes on Friday. 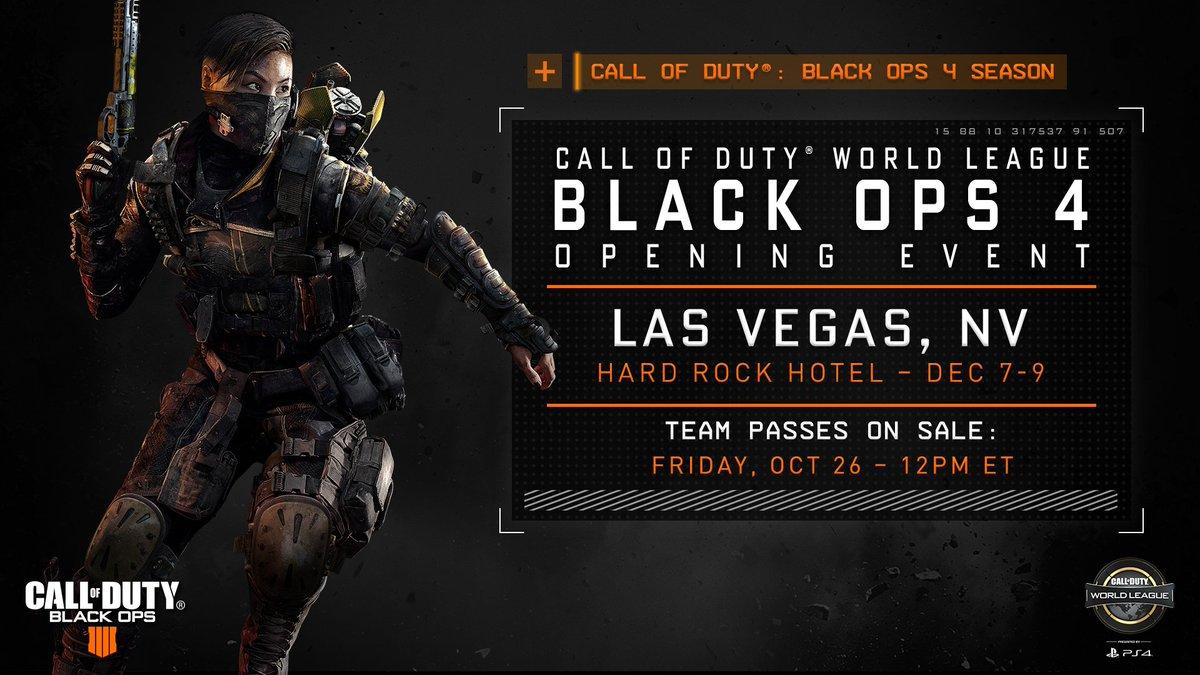 CWL Vegas is an open tournament that will be the first major event of the Black Ops 4 competitive season.

The tournament is set to take place December 7-9 at the Hard Rock Hotel in Las Vegas, Nevada, becoming the first CWL event to be held in Las Vegas since the first tournament of the Infinite Warfare season.

The competition will feature some of the biggest names and organizations in competitive CoD vying for a larger share of the $250,000 prize pool. This will also be the first CWL tournament to be played using the new 5v5 competitive format.