Treyarch Senior Game Designer Matt Scronce has shared the reasoning behind the lack of a VSAT scorestreak in Black Ops 4.

After the full list of Black Ops 4 scorestreaks was finally leaked on October 9, some fans were no doubt disappointed at the absence of a VSAT or Blackbird-style scorestreak.

One such fan took to Twitter and expressed his disappointment, saying “Can [you] add the VSAT please?” Scronce quickly replied and explained why the streak won’t be making its way into Black Ops 4 anytime soon.

The VSAT/Blackbird was a popular scorestreak that worked like a standard UAV with the added benefit of displaying enemies as arrows on the mini-map, giving players intel on not just the enemy locations but also the directions they were facing.

It seems that this effect would have simply been too overpowered for Black Ops 4, judging by the reply from Scronce.

“VSAT stomps way too hard on Recon’s Vision Pulse and Sensor Dart,” was Scronce’s reply, making it clear that the inclusion of the scorestreak was a potential balance issue that had to be delicately handled. 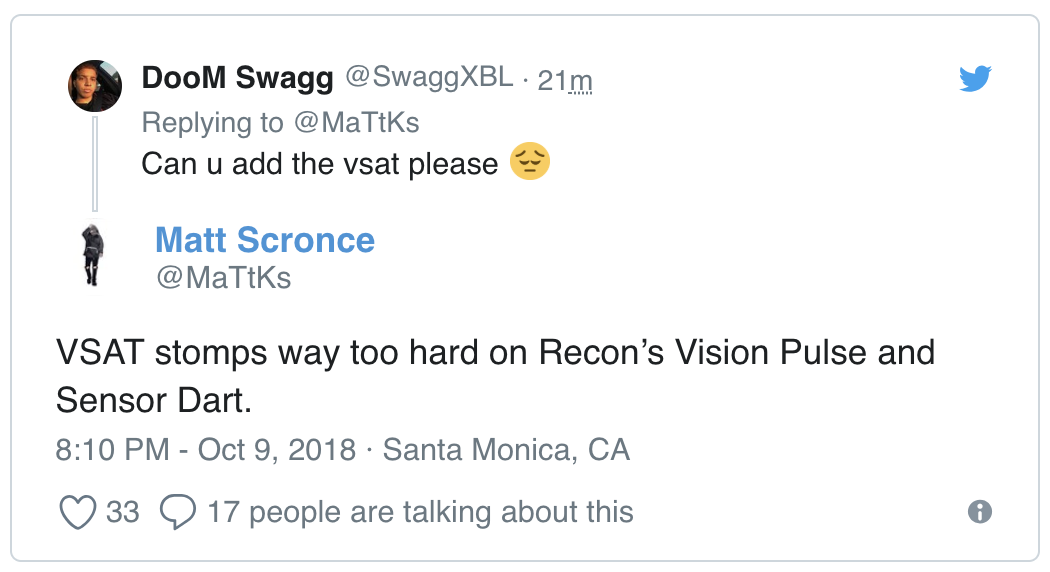 Recon is one of Black Ops 4’s Specialists and both of his abilities overlap with the function of the VSAT/Blackbird.

Recon’s Vision Pulse ability “sends a pulse into the surrounding area and reveals any nearby enemies for a short period of time” and can be seen by all teammates.

Sensor Dart is Recon’s equipment that “reveals nearby enemies when placed” and can also be seen by teammates. 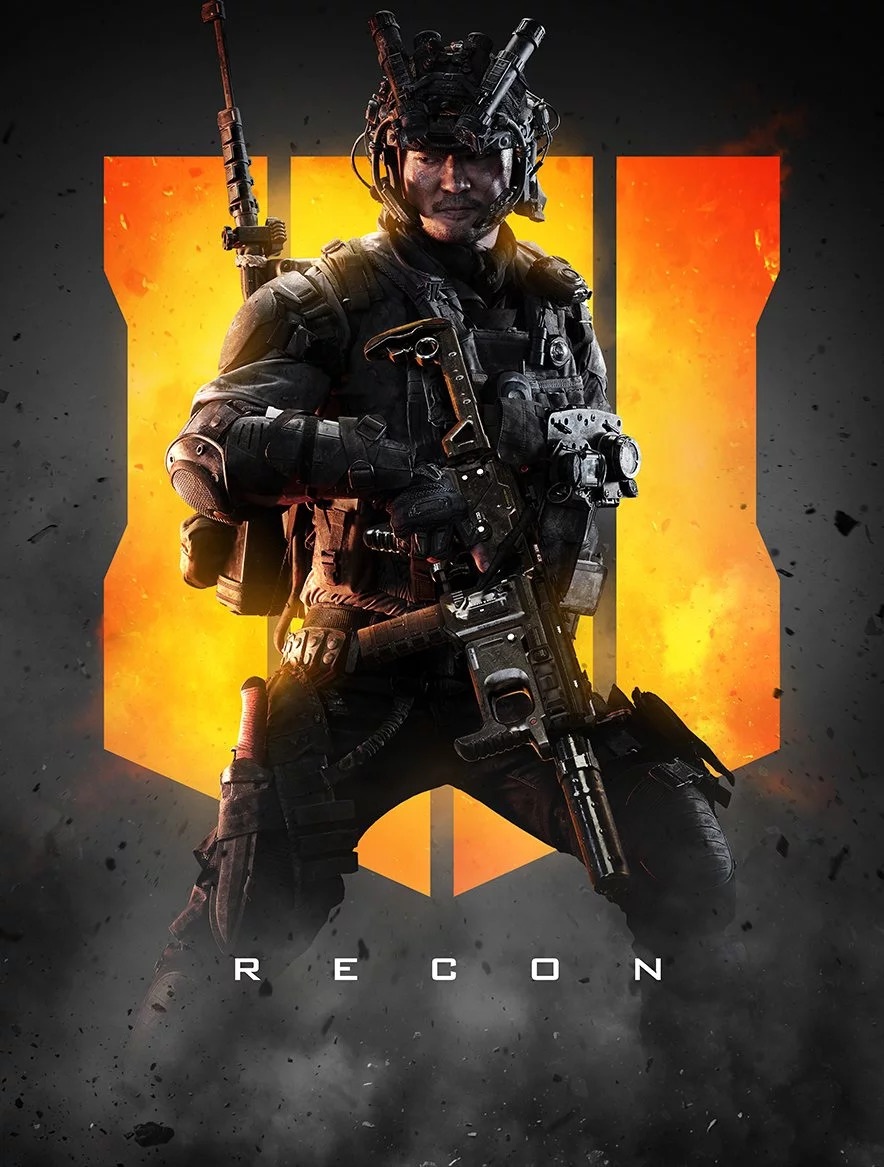 If the VSAT/Blackbird were included in Black Ops 4, it’s likely that it would make Recon’s toolset unnecessary, thus making players less likely to use the Specialist.

Rather than risk one Specialist being outright ignored from the start, Scronce and his team opted to simply not include the powerful scorestreak and allow players the freedom to use whichever Specialist they prefer.