Popular Twitch streamer and Call of Duty World Champion Tyler ‘TeeP’ Polchow continued his streak of weekly tournaments with another one of his ‘TeeP’s Trials’ Warzone competitions, and we’ve got everything you need to catch up on the action.

Warzone tournaments have become a fixture in the Call of Duty battle royale community since the game’s release back in March, and TeeP, as one of the title’s biggest streamers, plays a central role in that.

TeeP’s Trials have been very popular among fans so the 2014 World Champion has returned with another running of the competition. The event featured big-name content creators battling it out for a slice of the $15,000 prize pool.

No different from earlier weeks in Teep’s massive Warzone event, some of the most popular streamers matched up early with veteran CoD competitors. Upsets came through from the opening rounds as the likes of Tfue and Cloakzy along with Nadeshot and exzachtt were knocked down to the lower bracket early. Even the $100K Toronto Ultra event winner NICKMERCS found himself in the losers bracket after falling short in the very first round of action.

Many former Warzone champions couldn’t quite keep up on Verdansk today as the Season 5 competition seemed more fierce than ever. Scorelines were neck and neck for most duos but no matchup was closer than Karma & ScummN vs Symfuhny & HusKerrs. These two teams squared off in the winners finals before eventually matching up once again in the grand finals.

Karma’s duo had to fight their way back through to the lower bracket after falling short in the first outing. Once they dropped into battle again in the closing round of the day, however, the difference between the teams was razor-thin. Just two kills separated the pairs after the first map and revenge was exacted in the second. Karma’s team narrowly secured a lead and reset the bracket. Ultimately, in the second grand final series, it was Symfuhny and HusKerrs who closed out the overall event win with a crazy 46 kill second map.

When was the TeeP’s Trials Warzone event?

The latest of these tourneys took place on Tuesday, August 11. It all kicked off at 12 PM PT / 3 PM ET and ran for a few hours. TeeP and the Call of Duty League’s Joe ‘MerK’ DeLuca were casting the event live on the former’s own Twitch channel, which we’ve included below.

Here is the final bracket for today’s tournament. This was updated live throughout the day as the results of the matches came in. For future tournaments, you can stay up to date with the bracket thanks to the official TeeP’s Trials website.

A full look at the bracket from the latest TeeP’s Trials tourney.

As with a lot of top Warzone tournaments, today’s competition was as star-studded as it gets. Featuring some of the biggest names in gaming content creation, from within the Call of Duty community and beyond. 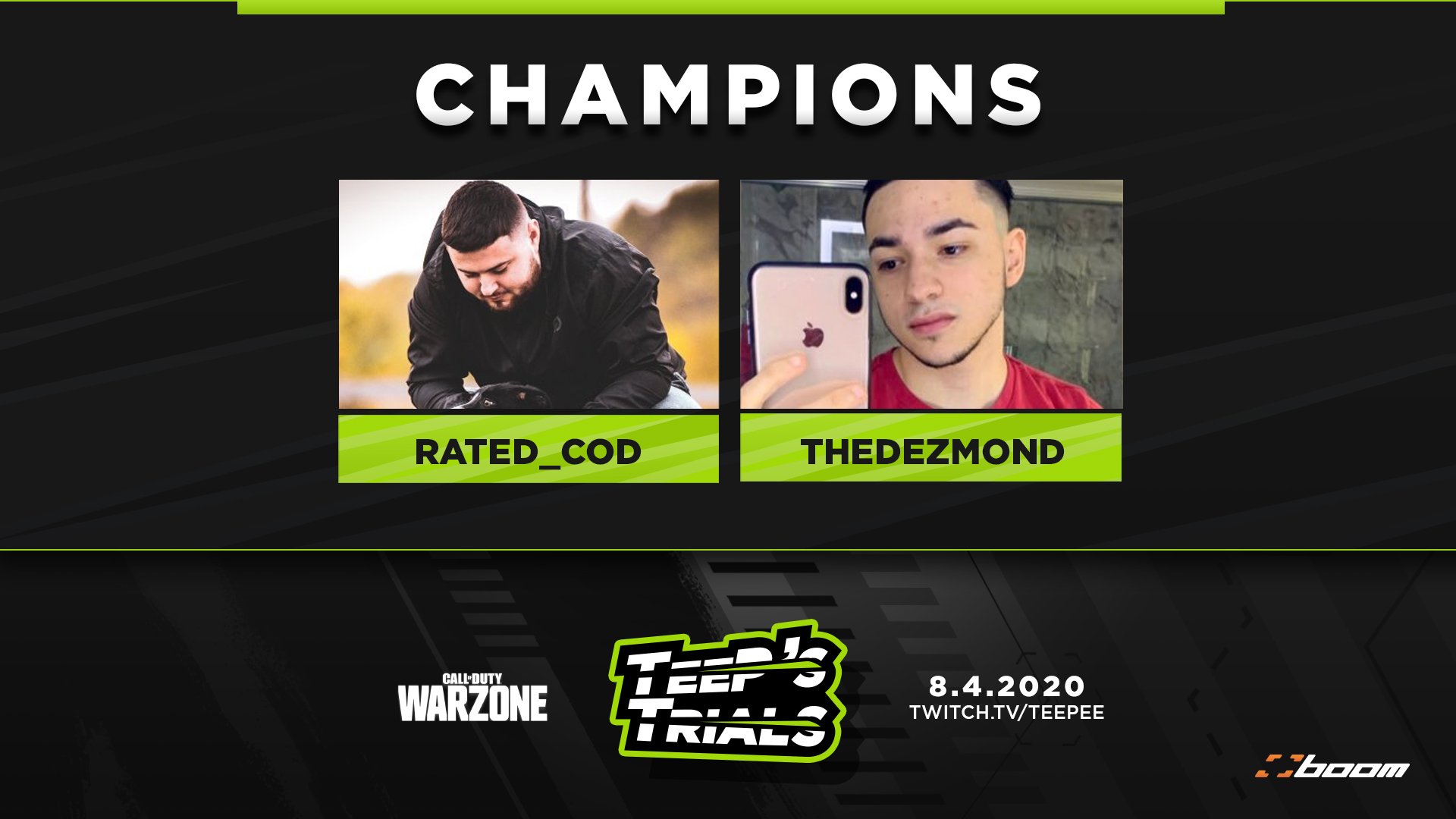 Rated and TheDezmond, the duo that won TeeP’s Trials on August 4, were back to defend their crown.

TeeP’s Trials is a 16-team, double-elimination Duos tournament that features the popular ‘kill-race’ format used for most 2v2 competitions. The teams matched up against each other in each round of the bracket must queue into a Quads match together, meaning they’re opponents for the purposes of the event even though they’re technically teammates in-game.

In the Winners Bracket, matches are two games of Warzone each, with the duo that gets the more eliminations through both games advancing to the next round. The same concept applies for the Losers Bracket, except those matches are only a single game.

The winners of the Winners Bracket and Losers Bracket then meet in the Grand Final, but the latter needs to win two separate matches (four games total) to be crowned champions, while the former needs only one victory.

In case of any ties, one additional game is played where the first duo to hit 10 kills is the winner, and if no one manages to get that many, the team that ends up with the more eliminations advances. 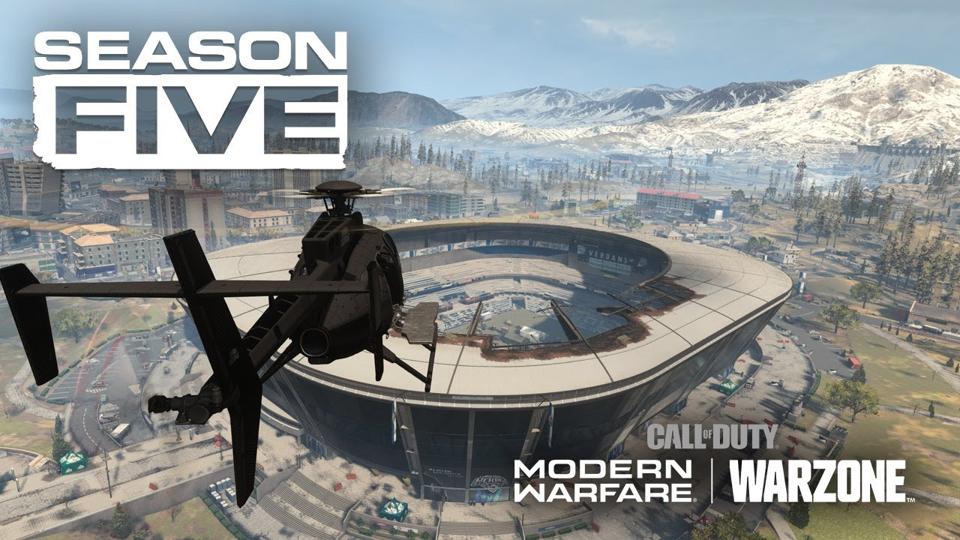 The August 11 TeeP’s Trials tournament was the first one in the series to be played in Warzone Season 5.

As for the prize breakdown, the $15,000 prize pool will be split between the top-four placing teams, with the winner receiving a whopping $7,000!