Specialist Outfits Can Now be Directly Purchased in Call of Duty: Black Ops 3

A new feature has been added to Call of Duty: Black Ops 3 that allows players to directly purchase certain specialist outfits.

Currently, there are two ways that these skins can be purchased in-game. Players can spend 300 CoD Points to obtain a contract that, upon completion, will award them a specific outfit.

For those who don’t want to spend the time to complete a contract, there is another option to spend 600 CoD Points to purchase the outfit outright. 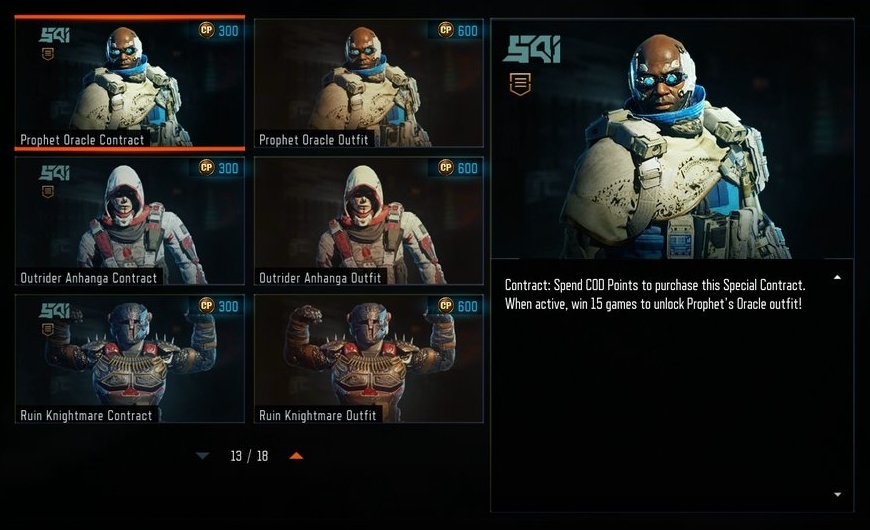 As of now, the only currency this feature accepts is CoD Points, which are available only through purchase, as opposed to Cryptokeys, which can be earned by playing the game and completing challenges.

Prior to the implementation of this option, the only way that newly released cosmetic items could be obtained was through Supply Drops, which have largely been disliked by the game’s vast-player base.

Judging by the fact that this has been added almost three years after the game’s initial release suggests that developer Treyarch and publisher Activision are experimenting with different micro-transaction options prior to the launch of Black Ops 4 on October 12th.

It would likely be safe to assume that if successful, this system, and potentially others similar to it, could be in the next title directly from the start.