It’s not unusual to see professional Call of Duty players suggesting changes to the competitive ruleset or arguing for a certain weapon to be removed, but Austin ‘SlasheR’ Liddicoat’s opinion about the Saug 9mm might surprise you.

It is generally accepted by both the competitive and casual communities that Black Ops 4 is a game dominated by assault rifles, and that submachine guns are at a disadvantage in the majority of circumstances.

In fact, many players have taken to using one of the more mobile AR weapons, the Maddox RFB, as a sort of hybrid SMG due to it being more versatile than any of its competitors from the sub category.

The only SMG that is currently making waves in the pro ranks is the Saug 9mm. The small sub is exceptionally mobile and can destroy opponents at close ranges, but tends to struggle once that range is extended.

“Got called crazy for saying a gun with built in rapid fire should not be allowed,” SlasheR stated on Twitter, explaining that he believes the Saug’s rate of fire should result in it being banned. “Buff another sub a little or something Saug shouldn’t be a thing.”

Nope tried to talk about it and got called crazy for saying a gun with built in rapid fire should not be allowed. Buff another sub a little or something saug shouldnt be a thing

While the words of the top assault rifle player may come as a surprise to some, it’s worth noting that they came after he and his 100 Thieves teammates scrimmed Team Envy and Cuyler ‘Huke’ Garland.

Huke has been doing things with the Saug that few other players can compete with during the first few weeks of online scrims and competitions, as can be seen in the clip that SlasheR was responding to.

It would seem that SlasheR is currently in the minority when it comes to his opinion of the only submachine gun currently being used in professional play, and it would definitely be worth seeing how the Saug performs on LAN before making any snap decisions.

The weapon appears to be pretty well balanced in the hands of most players and the clip of Huke destroying SlasheR on Seaside could just be an example of online play sometimes resulting in questionable kills.

On the other hand, everything we’ve seen from Huke in Black Ops 4 so far makes us glad that we’ll never have to face off against him and his trusty Saug. 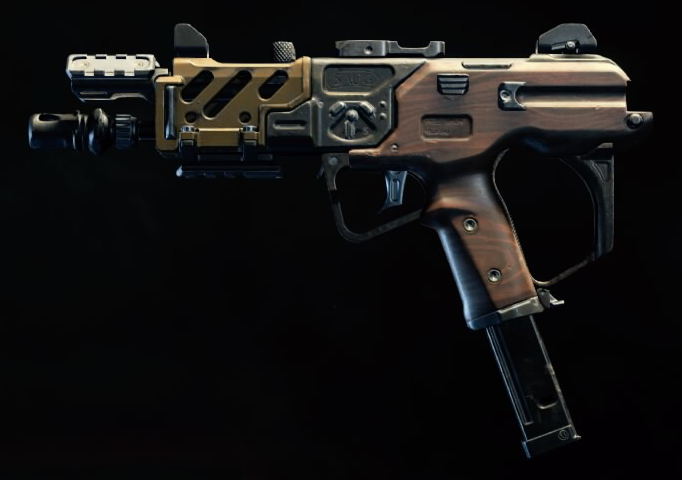 Will SlasheR’s opinion about the Saug prove true in the long run?
Advertisement